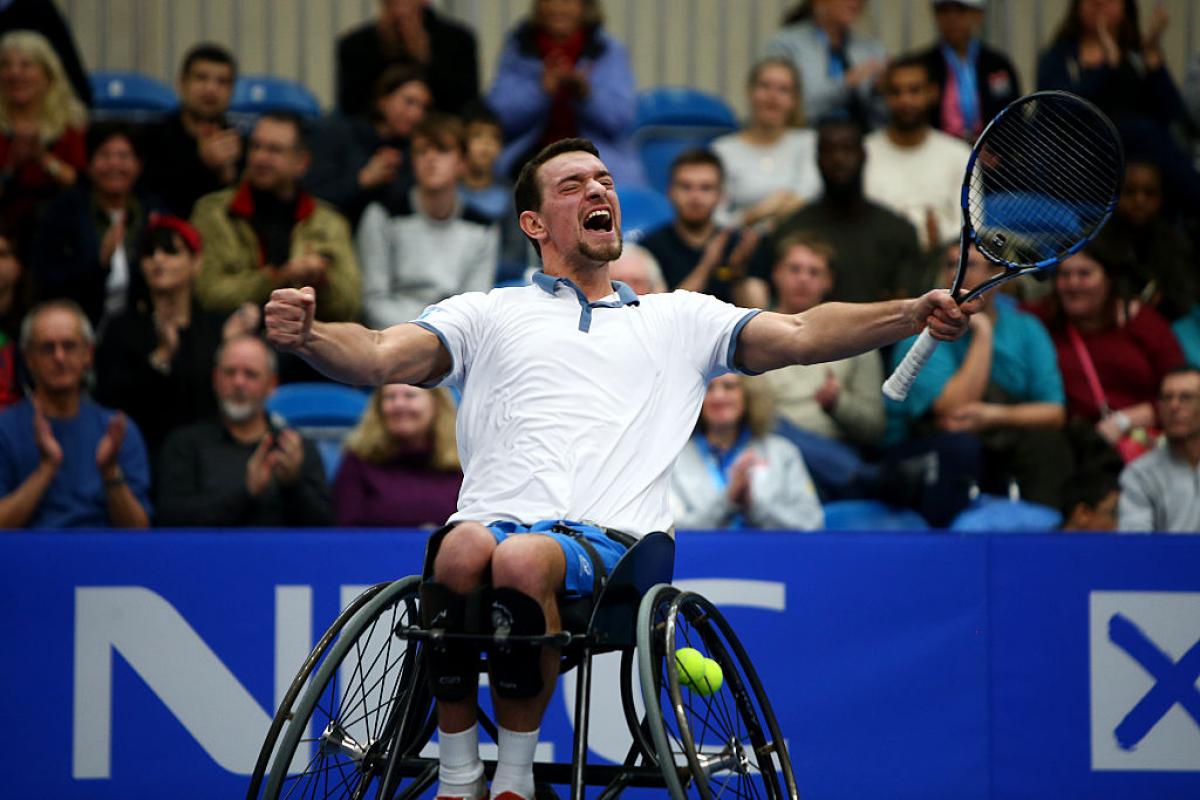 World No.7 Joachim Gerard is hoping to win his third consecutive NEC Wheelchair Tennis Masters in Loughborough, Great Britain, from 29 November-3 December, despite missing out part of the season due to an injury.

“It's always exciting to play a big tournament like the Masters because it's with the top 8 players of the year and we all know that it's going to be tough,” said Gerard. “And even more so this year, as I'm the defending champion so I want to defend my title once again.”

After a fantastic year during which he became Latin America’s first player to become world No.1, Gustavo Fernandez appears as arguably Gerard’s strongest contender.

But Frenchmen No.2 Stephane Houdet and No.5 Nicolas Peifer, Great Britain’s No.3 Alfie Hewett and Rio 2016 gold medallist Gordon Reid, Sweden’s 2017 Wimbledon champion Stefan Olsson and Kunieda are all also candidates for the title.

“It would be amazing (to win it for a third successive year). I don't think many players have done it in the past,” added Gerard.

“But it was already unbelievable to win it once because all the best players in the wheelchair tennis history have won it, so it's an honour to put my name on the trophy. But to win it twice it's just impossible to explain, so a third time what would it be?”

For the first time the NEC Masters will take place at Loughborough University Tennis Centre, which gives Gerard another challenge to the London courts he has been used to. However, the Paralympic bronze medalist is hugely looking forward to the test.

“I like all of it because it reunites the eight best players of the year and even if you lose a match in the round robin you're still able to win the trophy,” he said.

“I know that the last 3 years the surface of the tennis court in London was really in my favour, so it will be hard this year to win it again (now that the tournament is in Loughborough), but I'll try to show that I can win it, too.”

Gerard is currently ranked seventh in the world rankings after having a shoulder operation earlier in the year, but is now back to full strength.

“I lost a little bit of strength that I didn't get back, but nothing’s changed on my game. Now, I have completely recovered and I know that I can beat anyone,” he said.

“It's been difficult because it's the first time for me that I was injured and that I had to undergo surgery, so I had to stop playing for more than a month and missed two Grand Slams and other tournaments. But it helped me, too, to be the man that I am today and maybe the next world number 1? We will see but it's my target.”