Benson feeling in better form for Lyon than London 2012

Namibia’s Johanna Benson who became a household name last year after winning her country’s first ever Paralympic or Olympic title believes she is in better shape for the 2013 IPC Athletics World Championships than she was last year when she won London 2012 200m T37 gold.

The 23 year old broke onto the world scene last year when she won 200m T37 gold and 100m T37 silver. Upon returning home to Namibia she received a hero’s welcome, was awarded a diplomatic passport and the country’s President said he would build her a house.

As Benson gets ready for Sunday morning’s 200m heats in her first World Championships she feels in great shape.

“I’m in good form coming into this Championship,” said Benson who was shortlisted for a Laureus Sport Award following her London 2012 success.

“Last year before the Paralympics we had a month and two weeks away training. This year we have had four months away training so I’m feeling really good.”

Although in great shape, Benson is realistic about her chances of a sprint double in Lyon where she will go head-to-head with France’s Mandy Francois-Elie, the 100m T37 Paralympic champion and world record holder.

“I have more confidence this year. I know in the 200m I will get the gold again but in the 100m, I’m not too good at short distances, so

I’ll probably finish second. Over 200m though I’ll be the winner.

“I think I will do better in the 100m than last year. I came second last year in London and I want to come first here in Lyon but it will be very difficult.”

Benson has warned her fans not to expect too much from her in Sunday’s heats as she will be saving her best performance for Monday’s final. 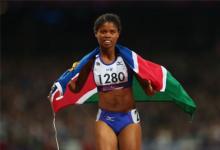 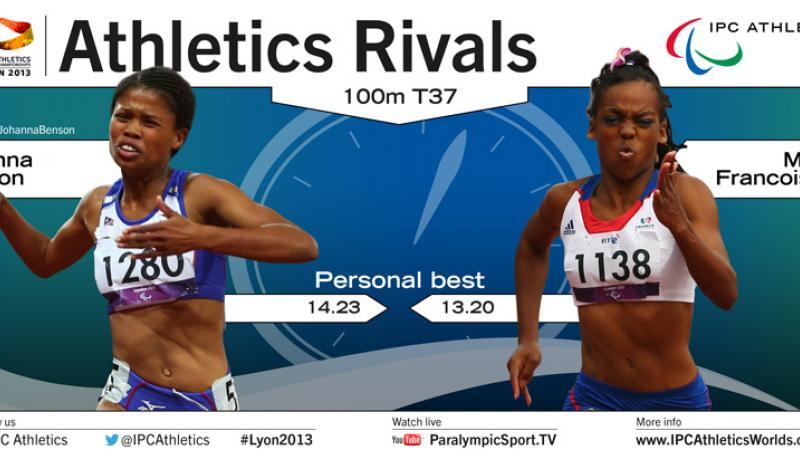