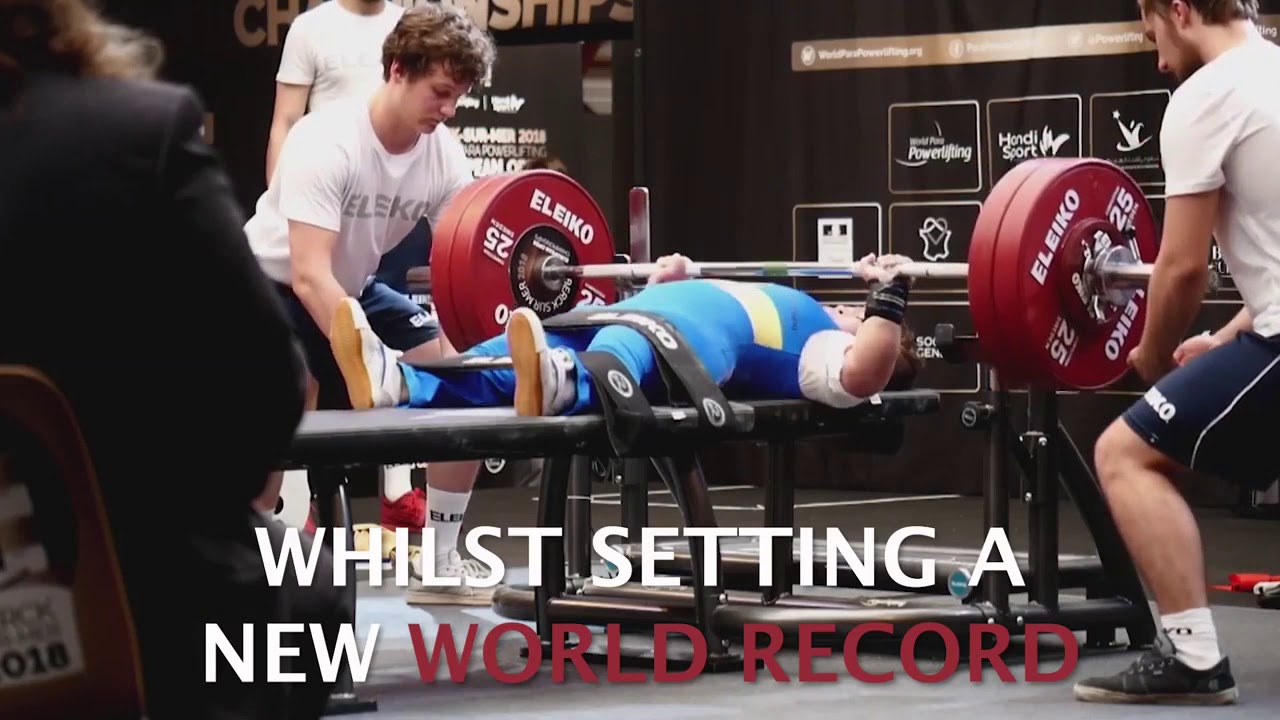 "Now I am hoping more successes follow, including at the Tokyo 2020 Paralympic Games."

Mariana Shevchuk stared at the bar with a fearless look. She knew only one lift separated her from making history. The Ukrainian had already failed her third attempt. But that would not happen again.

Shevchuk breathed deeply and lifted an unprecedented 130.5kg in the women's up to 55kg at the World Para Powerlifting European Open Championships on Saturday (26 May), breaking the world record of 130kg that Mexico's Amalia Perez had set at the Rio 2016 Paralympic Games.

Then she filled her lungs with air, let out a scream of joy and celebrated with her coach.

“I am so happy. After finishing second to Amalia Perez at the Mexico City 2017 World Championships, I continued working hard, going step by step, knowing that I would have another chance soon,” the 22-year-old said.

“Now I am hoping more successes follow, including at the Tokyo 2020 Paralympic Games.”

After a difficult 2017, where Ali Jawad had his longest Crohn’s flare up since being diagnosed with the disease in 2009, Great Britain's 2014 world champion came back this year for further glory.

He first took bronze at the Gold Coast 2018 Commonwealth Games and now his second successive European title in Berck-Sur-Mer, in the men's up to 54kg thanks to a 165kg lift.

“I am really happy. [To get] a personal best in this new bodyweight and to get three lifts again, it has been the perfect competition for me,” he said.

“I was really disappointed that I could not make it to the 2017 World Championships. But I was very very sick and really wanted to come back this year and show that I have not shied away. I am really happy with my performance. It is a great feeling to come out on top.”

With the support of his siblings, Greece's Paschalis Kouloumoglou won his first major international competition.

The 23-year-old lifted 179kg to finish as comfortable leader of the European podium ahead of Poland's Mariusz Tomczyk (153kg) and Finland's Juhani Kokko (144kg).

“I am so happy. I was hoping I could win the title as I have been training very hard. And having my siblings supporting me here in Berck-Sur-Mer is great,” said Kouloumoglou, who had taken silver at the 2015 Europeans.

It was a Ukrainian one-two, with Tetyana Shyrokolava winning gold ahead of Rayisa Toporkova. They both lifted 115kg but the former finished first due to a lower body weight (58.07 versus 59.17).

“It is a great feeling to have won but even better to have shared the podium with another Ukrainian,” said Shyrokolava. “Our country is doing really well at this Europeans and I feel proud for that.”

Competition continues on Sunday (27 May) with the men's up to 65kg and 72kg, and the women's up to 79kg and 73. Home crowd favourite, Paralympic and world champion Souhad Ghazouani will be the one to watch in the latter event.

Powerlifting
Berck-Sur-Mer 2018: Get to know the city!
Imagen