Berlin 2018: Heinrich Popow aims to go out on a high 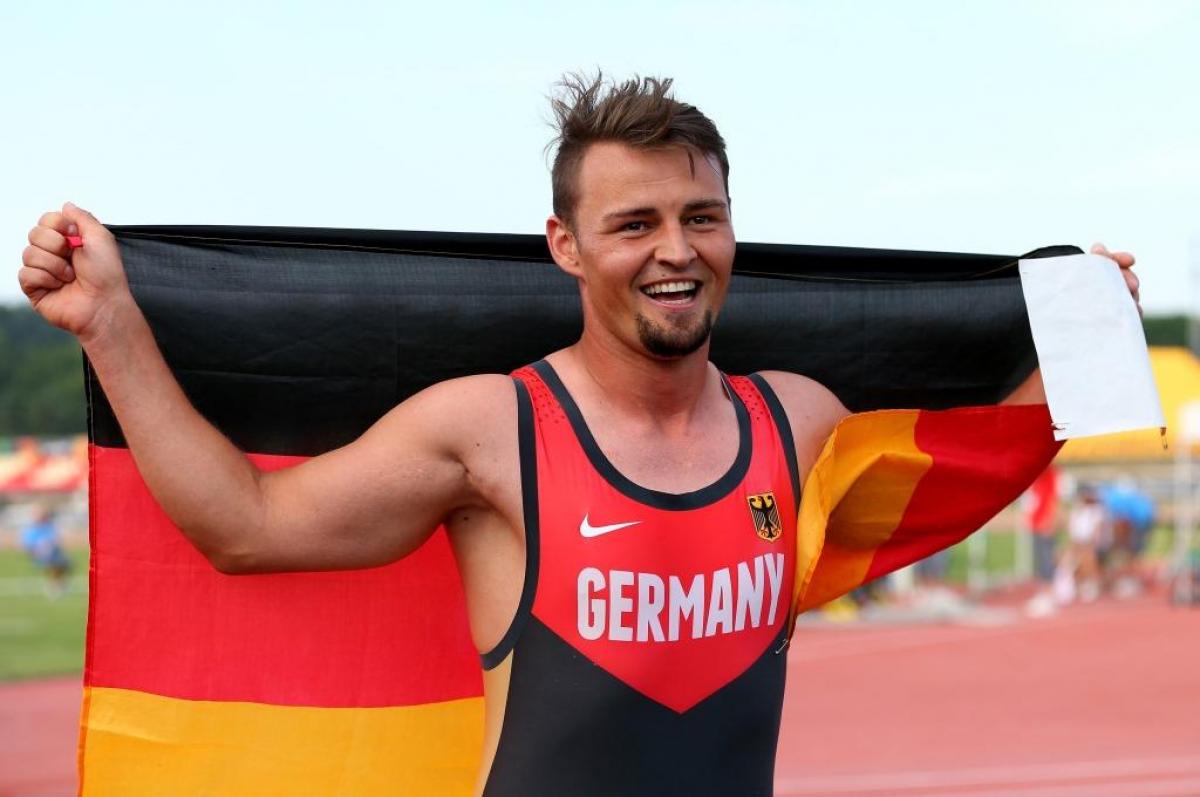 Germany’s Paralympic champion Heinrich Popow lines up in his last Para athletics competition on Tuesday (21 August), the second day of action at the Berlin 2018 European Championships.

The 35-year-old retires from track and field after these championships, bringing the curtain down on a hugely successful career which took in four Paralympic Games, four World Championships – and 15 major medals.

Silver medallist in Grosseto two years ago, Popow will have his work cut out once more as he faces the defending champion and world gold medallist, Daniel Wagner at the Friedrich-Ludwig-Jahn-Sportpark.

“It’s a feeling of being happy and sad at one time. There are no words to describe the feeling of retirement. It’s hard to explain – like preparing your own funeral,” laughed Popow.

The pair have already faced each other in competition this year. In Leverkusen in June and then at last month’s 2018 Japan Para Championships, Wagner, who changed his coach for the first time in his Para athletics career this year, came out on top.

The first event of the day is the men’s javelin F64 - Iceland’s Helgi Sveinsson will be hoping to complete a hat-trick of European titles, having won gold in 2014 and 2016.

Latvia’s Diana Dadzite takes on the discus F55 - the first of three events she will contest in Berlin. The 32-year-old claimed three world titles in London last year and starts as favourite with a personal best of 23.18m.

Sprints dominate the second day’s action out on the track.

The final of the men’s and women’s 100m T12 takes place, with Greece’s Athanasios Ghavelas and Germany’s Katrin Mueller-Rottgardt the fastest respectively in Monday’s heats.

Belgium’s double world, Paralympic and European champion Peter Genyn faces his great rival Toni Piispanen of Finland in the men’s 100m T51 – the next chapter in an enthralling duel between the pair that first began when they both played wheelchair rugby. Genyn has been in record-breaking form this year but suffered a set-back when he dislocated his hip last month and had to undergo surgery.

Every minute of the Berlin 2018 European Championships is streamed live on the World Para Athletics website and Facebook page.