The Opening and Closing Ceremonies of the Paralympic Games have seen some spectacular changes in 50 years from Tokyo 1964 to London 2012. 08 Nov 2014
Imagen 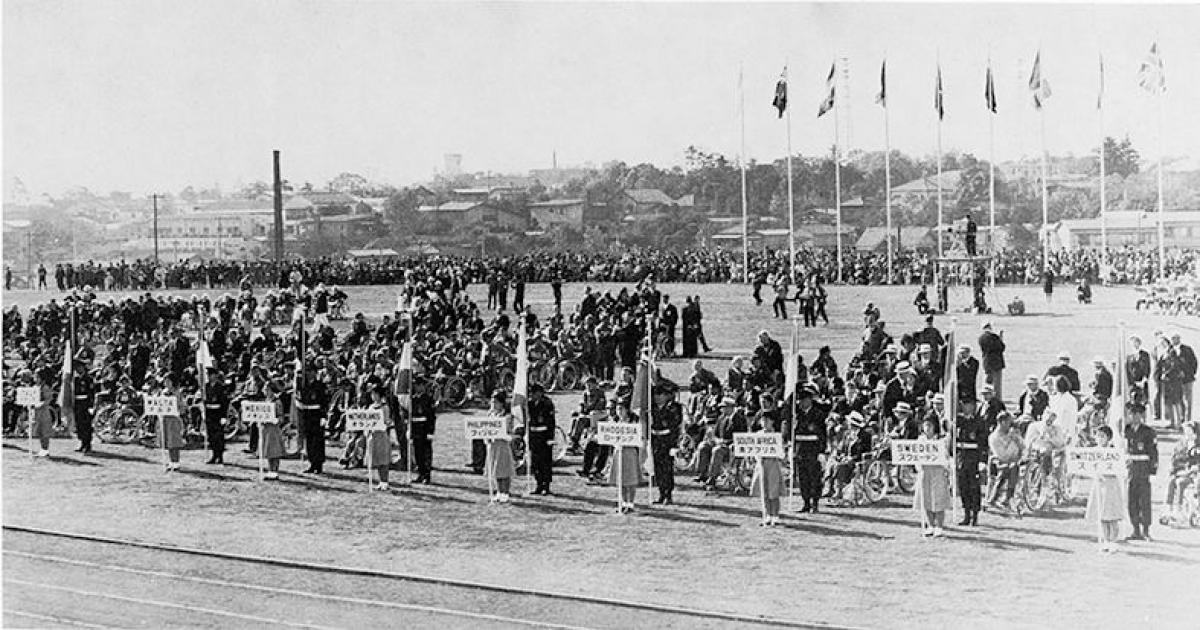 Both Tokyo 1964 and London 2012, though nearly half-a-century apart, elegantly embodied Spirit in Motion, the Paralympic motto, in their own unique ways.

Held nearly 50 years’ apart, the Opening Ceremony of the Tokyo 1964 Paralympic Games invoked the same spirit as that half a century later at London 2012.

At the time, the event was officially known as the Stoke Mandeville Games, but became the first in history to be formally referred to as Paralympic Games.

The World United in One and Enlightenment

Under the banner of ‘The World United in One’, Tokyo 1964 opened under the watchful eyes of the Crown Prince and Princess Michiko, the Japanese Minister of Welfare, the Governor of Tokyo and the founding father of the Paralympic Movement, Sir Ludwig Guttmann.

Nearly 50 years later, at London 2012, a royal presence was once again keenly felt as Queen Elizabeth II officially opened the Games, flanked by her grandson Prince William and the Duchess of Cambridge.

A political presence also came in the form of British Prime Minister David Cameron, his wife Samantha and the Mayor of the host city, Boris Johnson. Joining the royalty and dignitaries was Sir Philip Craven, IPC President.

Inspired by William Shakespeare’s play ‘The Tempest’ and entitled ‘Enlightenment’, London’s Opening Ceremony was attended by 80,000 spectators and aimed to take onlookers on a journey through time and space. It began with a sequence featuring Stephen Hawking, who made an appearance to speak about science and reason, before a symbolic big-bang cast the Olympic Stadium into darkness.

London Organising Committee of the Olympic and Paralympic Games (LOCOG) Chairperson Sebastian Coe and Sir Philip Craven both delivered inspirational speeches in which they spoke about London 2012 as a vehicle for changing perceptions and bringing the Games back to where they were born.

Craven meanwhile commented that the athletes were continuing Guttmann’s legacy and that they had the “ability to change the world.”

A series of awe-inspiring performances ensued by thousands of performers, followed by the lighting of the Paralympic Flame.

Royal Marine Commando Joe Townsend entered the Olympic Stadium by zip-wire from the ArcelorMittal Orbit carrying the Paralympic torch and handed it to Dave Clark, member of the British 5-a-side football team. Clark then ran to pass the torch to Margaret Maughan, Britain's first Paralympic gold medallist, who lit one of the petals which rose to form the flower-shaped cauldron.

Whilst Tokyo’s Opening Ceremony was less extravagant, it befitted the Paralympic Movement and invoked the spirit of Stoke Mandeville much the same as London 2012.

“I was pretty young and fairly awestruck by the Opening Ceremony,” said Great Britain’s Caz Walton, who was 17 at the time.

“Compared to the Opening Ceremonies of today, it wasn’t in the same league I guess, but for me it was incredibly exciting.”

The gathered dignitaries watched the athletes’ parade, lead into the Oda Field within the Olympic Village by Japanese Marching Girls.

The youngsters carried drums on which they sounded-out a beat for the leaders of the procession. Charlie Atkinson, accompanied by a British ex-guardsmen and two Japanese athletes, marched whilst carrying the banner of the Stoke Mandeville Games.

Hundreds of people watched as speeches were delivered by the Crown Prince and other representatives. Guttmann made a gesture of the gratitude of the Paralympic Movement by presenting medals to the Crown Prince, the Minister of Welfare, the Governor of Tokyo and Mr. Kasai, Chairperson of the Organising Committee.

In his speech, Guttmann said “I hope most sincerely that the 1964 International Stoke Mandeville Games […] will go down in history as another milestone in the development of sport for the disabled and one of humanity’s finest achievements.”

The oath was taken by a Japanese athlete who pledged his commitment to the three ideals of the Games - friendship, unity and sportsmanship.

Marking the climax of the Opening Ceremony, hundreds of doves were released into the autumn sky to symbolise peace and the freedom and beauty of movement.

Finally, the teams were greeted and inspected by the Crown Prince and Princess accompanied by Guttmann and Mr. Kasai, before members of the national Self Defence Force performed a colourful display of fencing.

Holding up a mirror to the past

The Closing Ceremony of Tokyo 1964 was held in the great indoor gymnasium, again under the patronage of the Crown Prince and Princess.

The venue was packed with a capacity crowd of 5,000, with many having to stand just to catch a glimpse of the ceremony.

The athletes and teams, dressed in their official uniforms, were escorted by the same Japanese Defence Force, this time bearing the national flag of each country.

The Crown Princess presented a variety of trophies and was followed by speeches by Guttmann, a representative of the Prime Minister of Japan, the Minister of Health and the Governor of Tokyo.

Everybody present collectively sang Auld Lang Syne and as the sound of thousands of people joining together rang-out, the atmosphere was unforgettable and truly celebratory.

In a mark of the gravity and impact of the Games, young Japanese students and children clamoured to catch the hats of the athletes and participants who were moved to toss them into the gathering crowds.

London 2012’s effect on future generations was also hailed at the Closing Ceremony, with the event dubbed as the best Paralympic Games ever.

The ceremony itself was set to the theme of the ‘Festival of the Flame’. It was based around the four seasons and featured performances from Rihanna, Coldplay, Jay-Z and the British Para-Orchestra.

It was punctuated by glimpses into famous elements of British literature and culture, including the Chronicles of Narnia by C.S. Lewis and a reading from a modern druidic ritual.

The Paralympic Flag was passed from Boris Johnson, to Sir Philip Craven, and from him to the Mayor of the next Games in Rio de Janeiro, as is now customary.

Speeches were delivered again by Sebastian Coe and Sir Philip Craven, praising the Games Makers who had become the icons of the Games and, according to Coe, ‘the heroes of London 2012’.

The Paralympic cauldron was then extinguished, except for one petal which was used to light two torches carried by British London 2012 Paralympic champions Eleanor Simmonds and Jonnie Peacock. The pair then passed their flames onto performers, to represent an eternal flame reaching all people.

Both Tokyo 1964 and London 2012, though nearly half-a-century apart, elegantly embodied Spirit in Motion, the Paralympic motto, in their own unique ways. 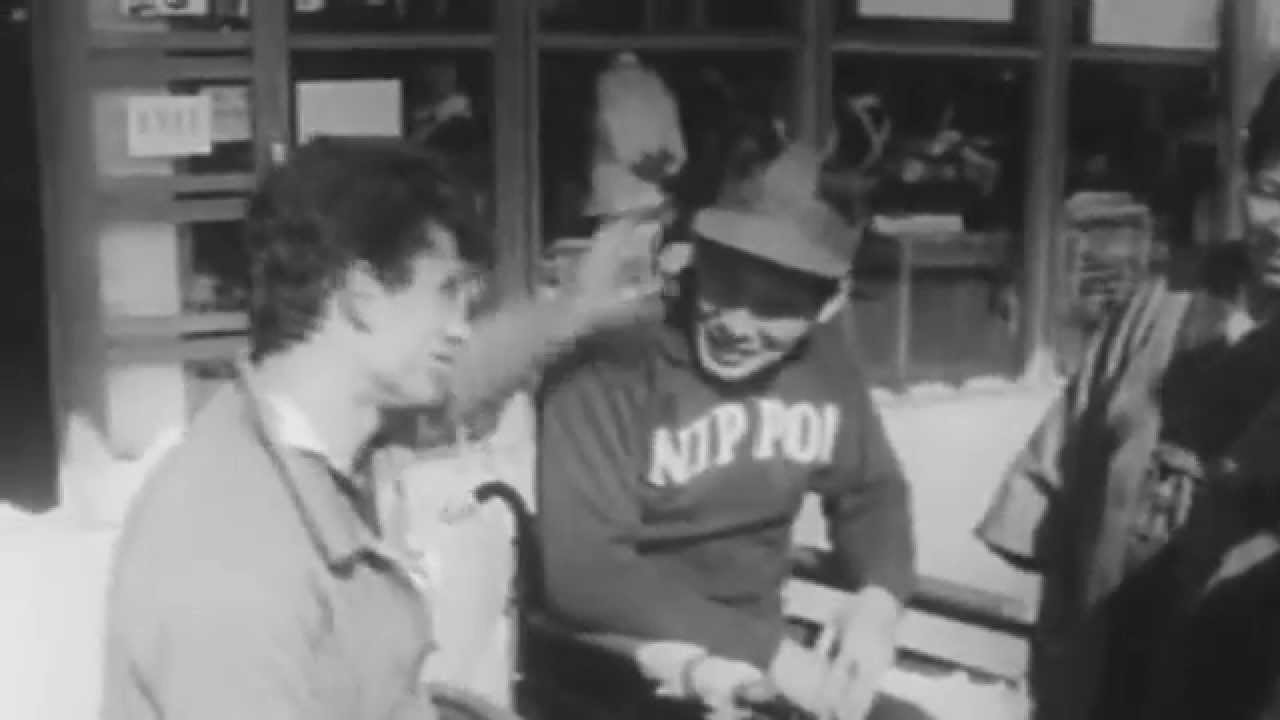