Nizam Cancar and Isa Zirahi on top form in the final. 08 Sep 2012
Imagen 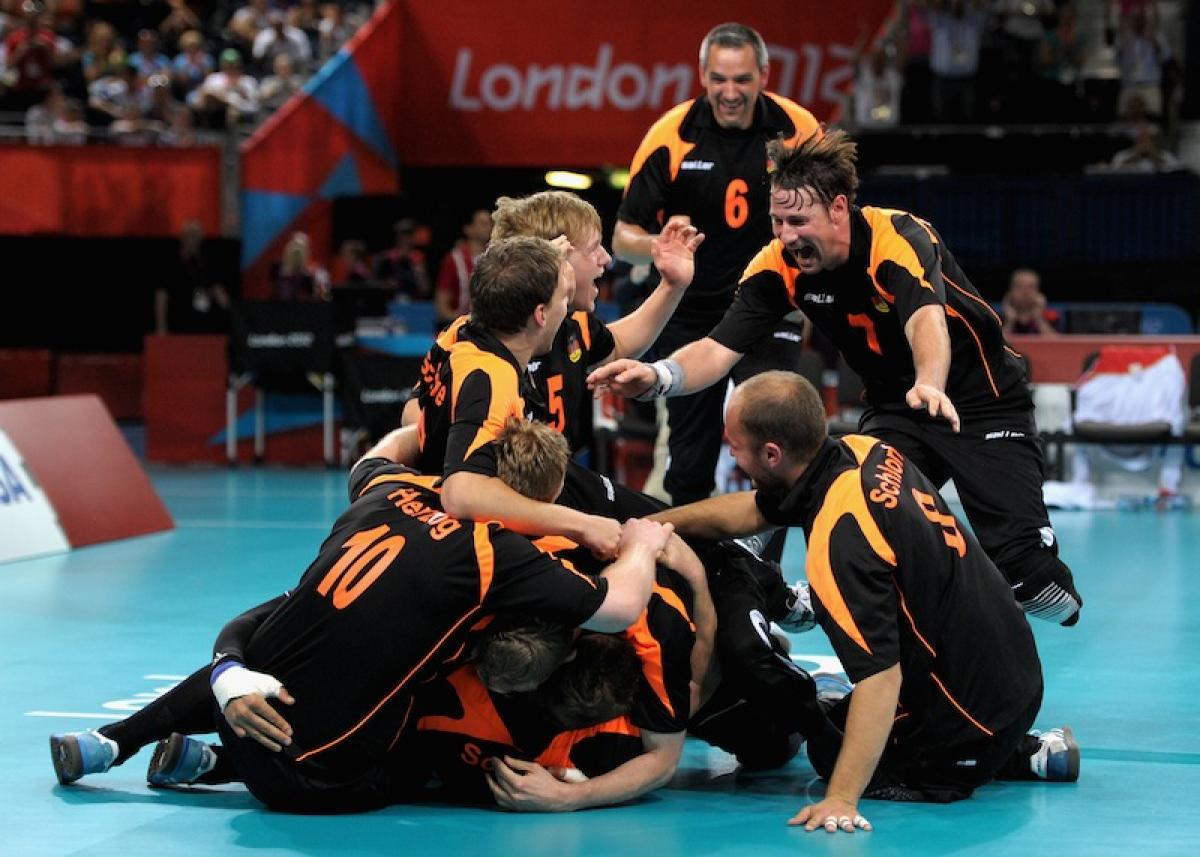 Germany celebrates after winning the bronze in the Men's Sitting Volleyball competition.

"It is a dream we have had for so long and we have made it."

Iran took an exciting opening set 25-19, but that was as good as it got for them. With the second set level at 18-18 Bosnia-Herzegovina began to find their rhythm, landing their spikes more accurately to level the match (25-21) and then claim the third set 25-22.

And Bosnia-Herzegovina powered to victory in the fourth set after storming to an 18-13 lead that eventually finished with a 25-15 set.

Nizam Cancar and Isa Zirahi finished the match as joint top scorers with 15 points each.

It was a huge moment for Bosnia-Herzegovina, who lost the Beijing 2008 Paralympic Games final to the same opponents.

There was no shame for Iran in being beaten by their big rivals, however, and the two will no doubt return in Rio 2016 to battle it out at the next Games.

In the first set, Russia had the upper hand early on and thanks to the excellent Alexander Savichev took the set 25-20.

The second set was more dramatic. Scoring was evenly matched throughout, before Russia pulled slightly ahead. But they wasted three set points before Germany hit back and capitalised on their first set point, winning 26-25.

Russia took the lead in the match once again in the third set. After being 13-10 up, Germany threw their lead away. Savichev dominated at the net as Russia established a four-point gap and subsequently took the set 25-22.

Germany took the fourth set 25-22, and Savichev then hit two shots agonisingly long to give the Germans a 15-13 win in the decider.

Germany’s Jurgen Schrapp said: “It is unbelievable. It is a dream we have had for so long and we have made it. It was an unbelievable game and we managed to turn it around. We have a crazy team and we deserve it.

"Even though we came out of the preliminaries as group winners, still no one thought that we would get a medal. But we have. This team is just mad enough that although we were behind in the match, we still came through and got a medal."

In an ill-tempered game in which two yellow cards were issued, Egypt pushed Brazil all the way as the match went to five sets.

The result means that Brazil take fifth place in the tournament while Egypt had to settle for sixth, three places below their world ranking.