Brazil and France to aim the top of the podium 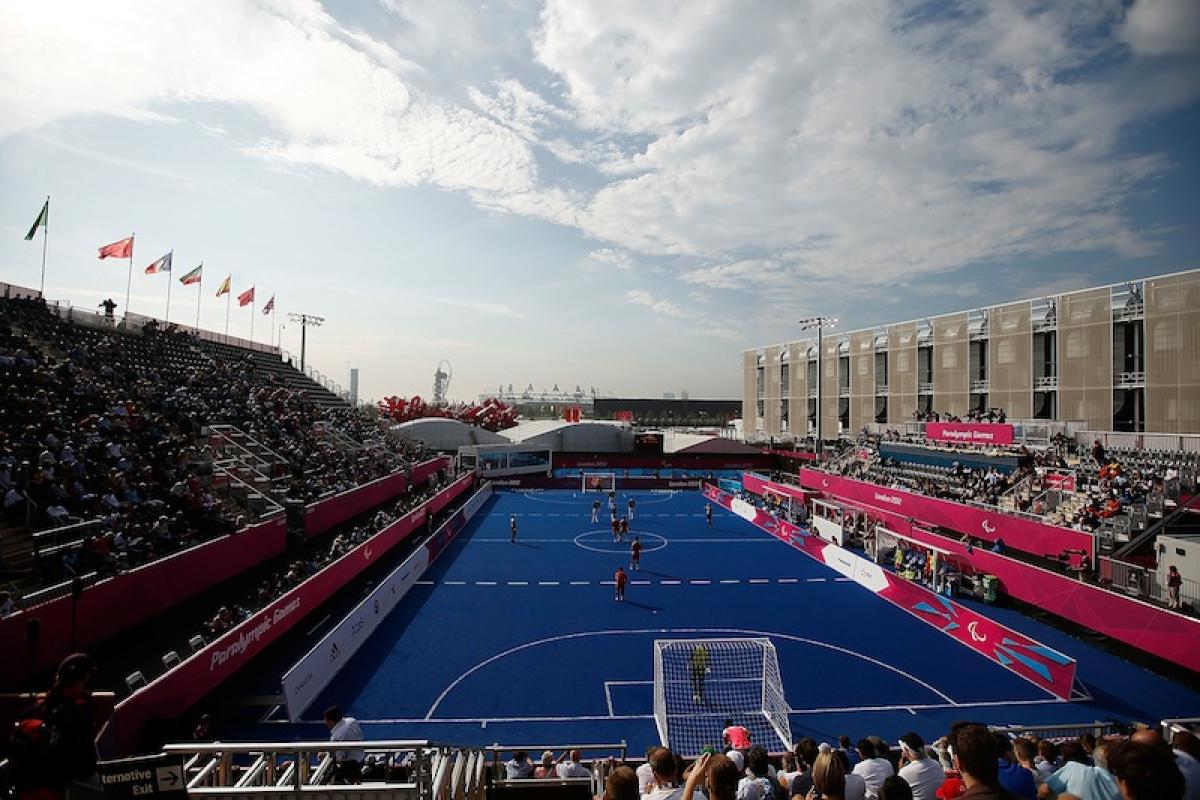 Brazil defeated Argentina by a single goal in a penalty shootout and France overcame Spain by two goals in their semi-final.

Meanwhile, the bronze medal game will be contested by Argentina and Spain.

Two sensational strikes from French forward Frederic Villeroux was enough to earn France a 2-0 victory over Spain to progress through to the final.

"We have reached our goal. We’ve come here to win - we planned to reach the final back in January,” said Villeroux after helping his side to their first Paralympic final.

“We were strong in our match against Brazil and even stronger against China. We have the best group of people in this team - we’re a strong unit.”

Spain’s star striker Antonio Martin and Villeroux had early opportunities to put their teams ahead.

Martin side-footed a shot wide of the target; Villeroux had his effort tipped away by Spanish goalkeeper Alvaro Gonzalez Alcarez.

From that point, it was a very physical encounter between the two sides trying to find a break through.

France gained that important lead five minutes from the break. Villeroux found the back of the net firing a low shot beyond Alcarez for a 1-0 advantage at halftime.

Spain stepped up their game in the second half with Martin forcing a save from Jonathon Grangier who pushed the ball away from danger to keep the French in front.

The Spanish didn’t have many chances after that as the game became increasingly one sided and in the closing minutes, Villeroux booked France into the final with his second score.

Villeroux controlled the ball with plenty of time and space to roll the ball across goal and into the bottom corner to seal a place in the gold medal game.

Next up was the biggest game of the day. Brazil played Argentina in their first encounter since Argentina’s crushing loss to Brazil in the 2004 final.

The Brazilians made their third successive Paralympic final with a 1-0 penalty shootout victory over their neighbours Argentina.

The first 10 minutes was all Brazil as Ricardo Alves troubled the Argentine defence with a flurry of shots, but goalkeeper Dario Lencina managed to keep him at bay.

Argentina had a host of chances to claim the lead but they were unable to control the ball in the six metre area and find a finish as the half ended 0-0.

Ricardo had the best opportunity for Brazil midway through the second half. He composed himself and drove the ball along the floor that scraped the base of the post.

From that point, the teams cancelled each other out as they held on for a nervy penalty shootout decider.

Emotions ran high and the adrenaline started pumping inside the Riverbank Arena for this shootout thriller.

Earlier, in the playoff classification matches, Hossein Rajab Pour helped Iran to a 1-0 win over Turkey with his goal.

Hosts Great Britain lost to 2008 silver medallists China 2-1 in a penalty shootout after finishing the game all square at 1-1.

Dan English equalised for Great Britain after they fell behind to Li Xiaoqiang’s goal for the Chinese.

In a tense penalty shootout, Wang Zhoubin stepped up to score the deciding penalty.