Both the Brazilian men’s and women’s teams won their ties at the wheelchair tennis World Team Cup in Alghero, Italy, on 2 May. 03 May 2017
Imagen 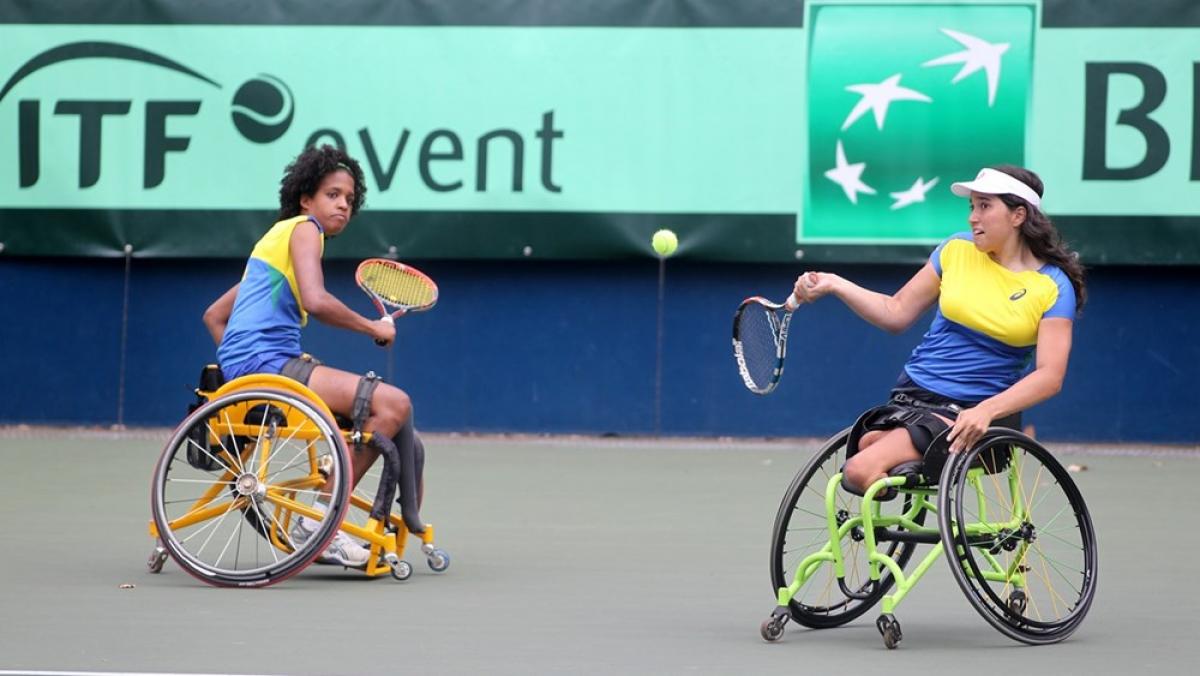 Brazil landed two victories on the second day (2 May) of competition at the wheelchair tennis World Team Cup in Alghero, Italy, with the men’s team defeating Sweden and the women’s beating Chile to top their respective groups.

In Pool A of the men’s event, Brazilian player Rafael Medeiros and Swede Stefan Olsson won the two singles matches in straight sets.

But Daniel Rodrigues and Carlos Santos clawed their way back from 6-4 in the deciding tiebreak against Niclas Rodhborn and Olsson to claim a dramatic 6-3, 3-6, 10-6 victory in the doubles to give Brazil their second triumph at the competition.

They share top spot with France who earned a 3-0 win over Australia, headed by victories in the singles by world No.5 Nicolas Peifer and No.1 Stephane Houdet, and in the doubles by Frederic Cattaneo and Gaetan Menguy.

Pool D featured a second match-up of the week between two top 10 ranked men’s players, as world No. 3 Joachim Gerard edged out world No. 4 Gustavo Fernandez 7-6(1), 6-4 as the centrepiece to Belgium’s 3-0 win over third seed Argentina.

The result leaves fifth seed Spain at the top of the pool after two days of competition following their 2-1 win over the Netherlands. Daniel Caverzaschi’s first career win over world No.8 Maikel Scheffers sealed the victory.

Brazil’s Pool D tie against Chile was the only of the women’s fixture on the second day of competition to be decided in the doubles.

Brazil will now meet Switzerland to decide which country advances into the next round.

In Pool C, France beat Italy 3-0 to achieve their first victory in the event. They will now face USA to decide the pool-winner.

The Netherlands and Thailand will decide Pool A.

Japan dropped just three games to Kenya in Pool B and will now play against 2015 women’s runner-up China in Pool B.

USA lost to Israel 2-1 in their opening round-robin tie in Pool A, whilst the Netherlands defeated Italy 2-1. In Pool B, Japan and Great Britain both achieved 2-1 victories in their debuts against South Korea and Canada, respectively.