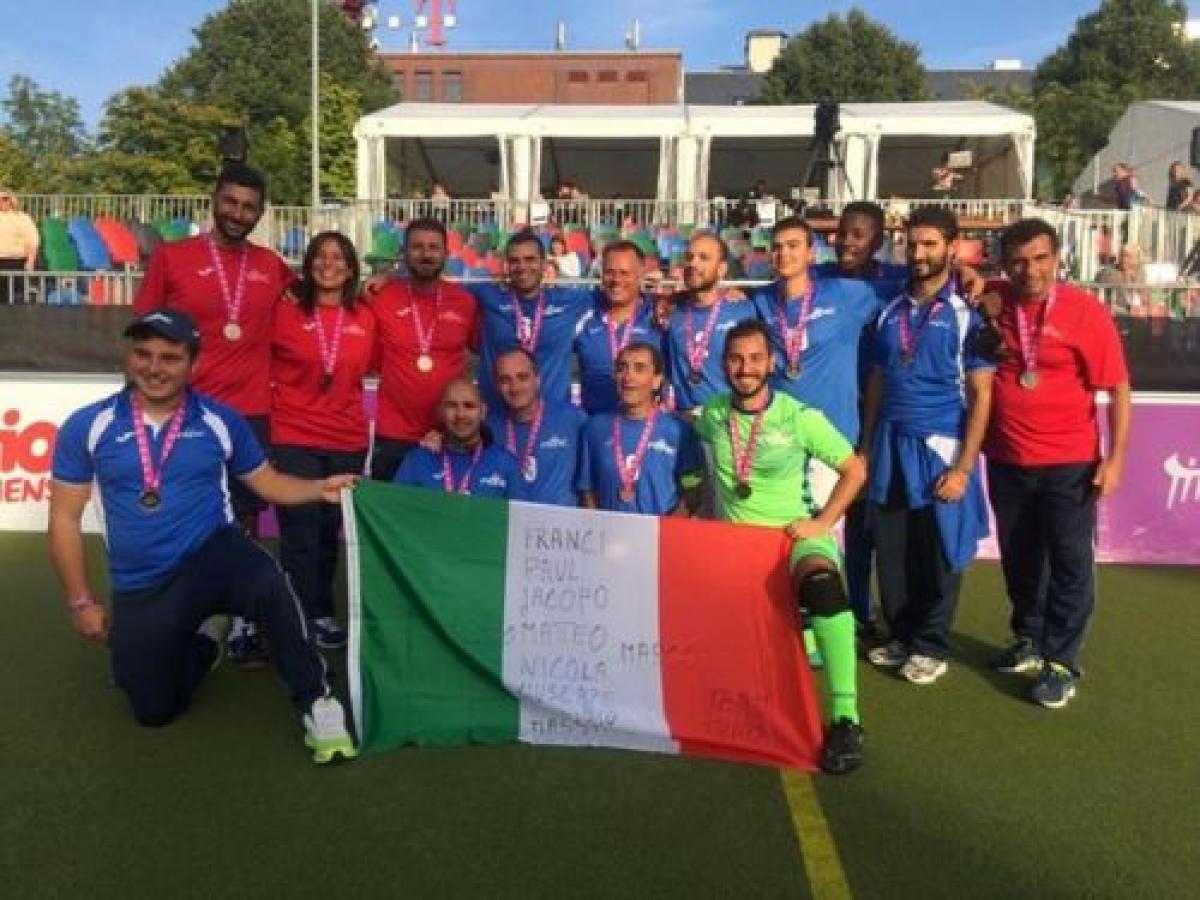 Italian blind football team that competed at the 2017 European Championships

They were called up to the national team thanks to their performances while playing for A.C. Crema 1908, and were the youngest Italian players to compete at the Euros.

“The camp was very good because there were so many young players involved,” said Cavallotto. “Four or five of the players, including me, competed in Berlin. It has helped us get there.” Iyobo added: “I learned a lot about techniques and tactics from the coaches in the camp.

“I could represent Italy at the Europeans because I took what I learned in Hamburg and trained a lot over the past two years.”

Iyobo enjoyed his day of glory in Berlin when he scored Italy’s four goals against Romania in the group-stage. “It was nice to score four goals. We were relaxed because there was not a lot of pressure from Romania, so we could play well”.

Despite suffering defeats against Germany, England and France, Cavallotto felt the Europeans was a good opportunity to learn by playing against more experienced players.

“They were very difficult to play against, but it was useful to help improve our game” he said.

In their 7th-place match against Belgium, Iyobo scored a last-minute goal to win 1-0 and finish as the competition’s fourth top scorer with 5 goals.

“My dream was to play in the European Championships. I now want to become a professional blind football player,” he said.

Cavallotto added: “It was an honour to represent my nation and play here representing my flag. I hope to be at the next European Championships and stay in the Italian National Team.”