The second day of competition saw six medal events, two of which were won by British cyclists 12 Apr 2014
Imagen 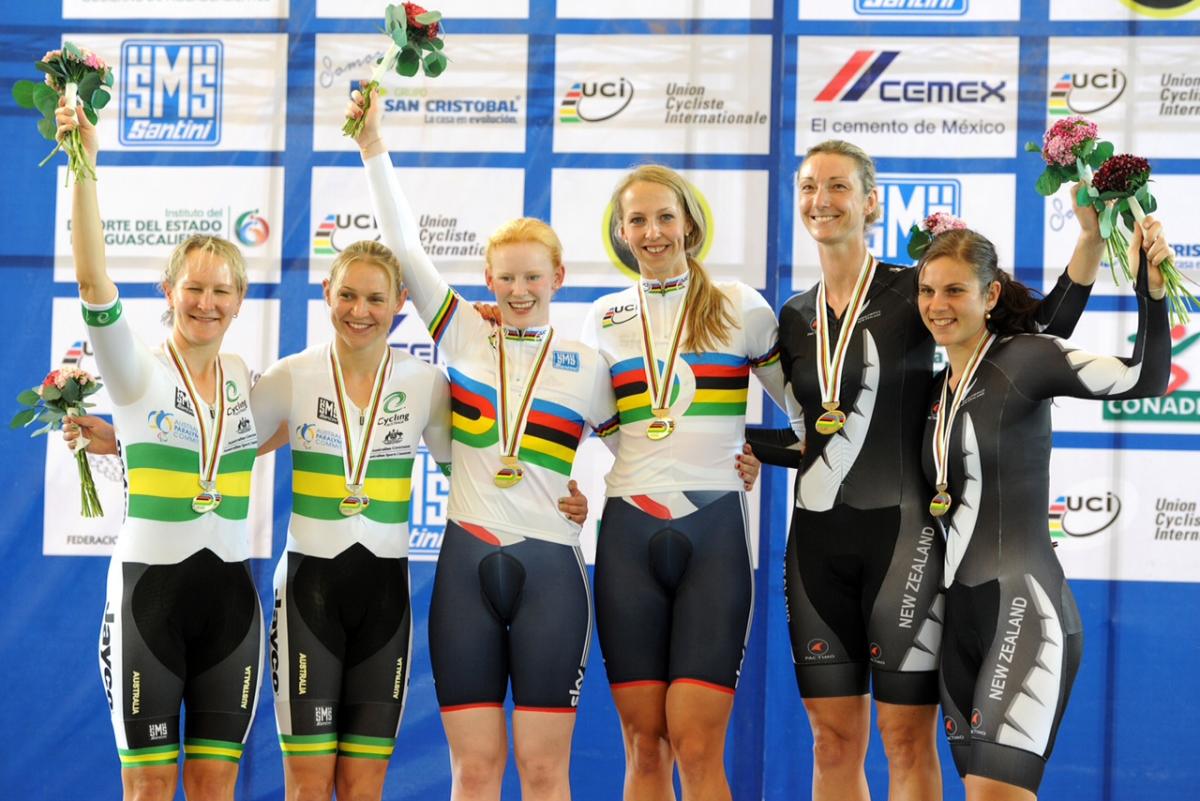 “Considering I tried to walk away from track racing twice in the last 3 months due to infections & injury, today’s medal is that much sweeter."

British cyclists had the better of the second day of the UCI Para-cycling Track World Championships in Aguascalientes, Mexico on Friday (11 April) winning two gold medals.

In the only women’s race of the day, Sophie Thornhill and pilot Rachel James clocked 1:05.912 to win the women's kilo time-trial and break the world record by nearly three seconds.

Speaking to BBC Sport, Thornhill, who is only, 18 said: "To think this is our first race at a major championships, and we won it, I still can't believe it.

"We knew the record was on the cards, but to break it by almost three seconds is amazing."

"Today I achieved one of my major goals, to be on the first tandem to break the 60 second barrier for the 1km TT, 59.4 and world champion :)" a delighted Fachie tweeted soon after.

Australia through Jason Niblett and Kieran Modra (1:00.481) and Thomas Clarke and Paul Kennedy (1:02.640) took silver and bronze respectively behind the British world champions.

China’s Gui Hua Lang added the C2 3km Pursuit world title to the Paralympic gold he won in this event at London 2012 by defeating Ireland’s Colin Lynch in the gold medal race which saw both athletes go under the previous world record.

“Considering I tried to walk away from track racing twice in the last 3 months due to infections & injury, today’s medal is that much sweeter,” tweeted Lynch who finished fourth in this event at London 2012.

Russia’s Arslan Gilmutdinov finished with bronze behind Lang and Lynch, although his teammate Alexey Obydennow did take gold in the C3 2km Pursuit.

The 38-year-old beat the USA’s Paralympic champion Joseph Berenyi in the final round to take Russia’s first fold of the event.

The C4 4km Pursuit was won by Slovakia's Jozef Metelka who defeated London 2012 silver medallist Jiri Jezek of the Czech Republic in the final round. Paralympic champion Carol-Eduard Novak of Romania had to settle for bronze.

Michael Gallagher, a two-time Paralympic champion, won his ninth world title when he picked up Australia’s third gold in two days of competition with victory in the C5 4km Pursuit. The 36-year-old broke his own world record set at London 2012 by six seconds with a blistering time of 4:24.057 in the afternoon qualifying, and caught his Ukrainian opponent Yehor Dementyev inside the final kilometre to secure another rainbow jersey.

The UCI Para-Cycling World Championships will continue through to 13 April 2014.