Brits to play each other in Wimbledon semi-finals

The draw for the third Grand Slam in wheelchair tennis was made on Monday (6 July). 07 Jul 2015
Imagen 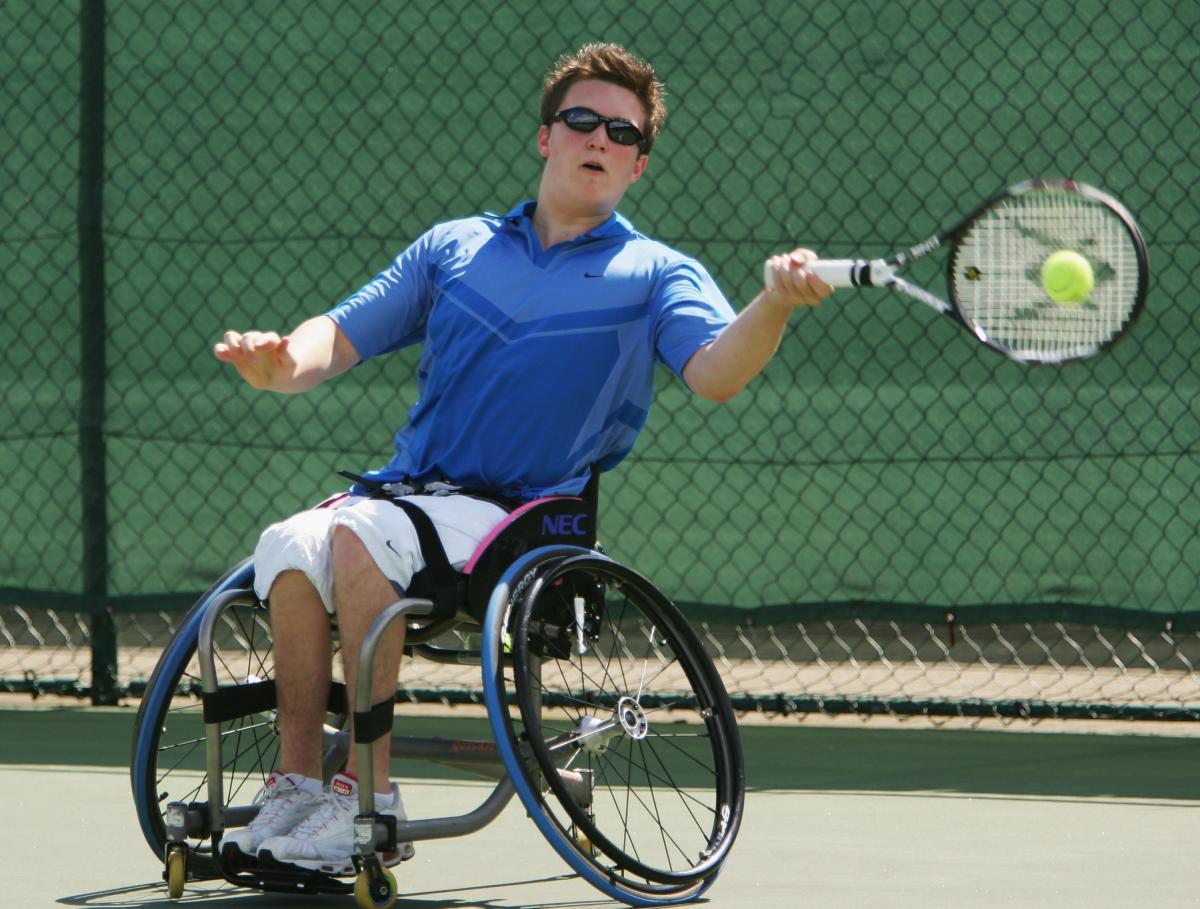 A British player is guaranteed a place in Sunday’s men’s and women’s doubles wheelchair tennis finals at Wimbledon after the draw was made at the All England Lawn Tennis Club in Great Britain on Monday (6 July).

Grand Slam champions Jordanne Whiley and Gordon Reid will both face fellow Brits on the opposite side of the net in their respective women’s and men’s semi-finals.

Whiley and Japan’s Yui Kamiji will play Britain’s Louise Hunt and Germany’s Katharina Kruger as the top seeds begin their Wimbledon women’s doubles titles defence on Friday (10 July) with a rematch of last November’s UNIQLO Wheelchair Doubles Masters final in California. Whiley and Kamiji won that contest to retain their Doubles Masters title and after finishing runners-up at Roland Garros in May, they will be aiming for their sixth Grand Slam doubles title in the last seven majors, having completed the calendar year Grand Slam in 2014.

"Winning my home Grand Slam in 2014 was an absolutely unforgettable experience and Wimbledon is my favourite tournament, so it's going to be very special being on court with two Brits in our semi-final and hopefully some enthusiastic crowds cheering us on,” said Whiley, 23, who was recently awarded an MBE in the Queen’s Birthday Honours List after becoming the first British tennis player to complete a calendar year Grand Slam in any event last year. “Me and Yui have had several days of practice on the grass now and we're looking forward to moving on from Roland Garros and defending our Wimbledon title."

Hunt, who is making her Grand Slam debut at Wimbledon this year, having won her most recent doubles title with Kruger at last month’s Czech Open, is hoping for a big performance as she and Kruger bid to reverse the result of the Doubles Masters final.

“It’s going to be an amazing experience and I’m sure there will be plenty of support for us all, with a British player on either side of the net,” said Hunt. “I love playing doubles with Katharina and although she’s played at Wimbledon before it will be my first time so I can’t wait. We’ve got some really good results together, including reaching the Doubles Masters final and our latest title at the Czech Open, so we’ll take a lot of confidence from going into Wimbledon on the back of a tournament victory.”

The winners will play either the other Anglo-German partnership in the women’s doubles, Lucy Shuker and Sabine Ellerbrock, or reigning Roland Garros champions and former Wimbledon champions Jiske Griffioen and Aniek van Koot from the Netherlands.

“I’m really excited to be playing at Wimbledon again, there’s never an easy draw and I’m looking forward to playing some good tennis in front of the home crowd. I’ve been practicing well with some good training on the grass courts and am feeling good,” said Shuker, who is playing in her seventh successive women’s wheelchair tennis doubles event at Wimbledon and aiming for her fourth final after finishing runner-up with Australia’s Daniela di Toro in both 2009 and 2010 and runner-up again with Whiley in 2012.

Reid, who partnered Japan’s Shingo Kunieda to victory at Roland Garros last month, teams up with Frenchman Michael Jeremiasz this year at Wimbledon, 10 years on from Jeremiasz partnering another Brit, Jayant Mistry, to win the first ever men’s wheelchair tennis doubles at Wimbledon in 2005.

Reid and Jeremiasz face Britain’s world No. 1 junior Alfie Hewett and Belgium’s Joachim Gerard in their men’s doubles semi-final on Saturday (11 July), with Reid aiming to reach his first Wimbledon final on his fifth visit to The Championships, while 17-year-old Hewett makes his Grand Slam debut.

“The good thing is we’re seeded and therefore we avoid the top seeds Houdet and Kunieda, so after that we know everyone’s very good and we know Alfie and Joachim will be a tough partnership,“ said Reid. “Me and Michael have got a really good record together and we just need to concentrate on playing our own game and producing our best and hopefully that will see us through to the final.”

“I’m really excited for my Grand Slam debut and was really honoured when Joachim asked me if I would like pair up and enter with him,” said Hewett. “I’m sure the atmosphere is going to be absolutely buzzing with two Brits on court, so I’m really looking forward to the whole experience and hopefully we can make a good start and cause an upset.”

The winners of the semi-final between Reid and Jeremiasz and Hewett and Gerard will play either two-time defending champions Stephane Houdet of France and Shingo Kunieda of Japan or two-time Roland Garros finalists Gustavo Fernandez of Argentina and Nicolas Peifer of France.