Marjolein Buis hoping for another special week at the French Open where she won her first Grand Slam title. 06 Jun 2017
Imagen 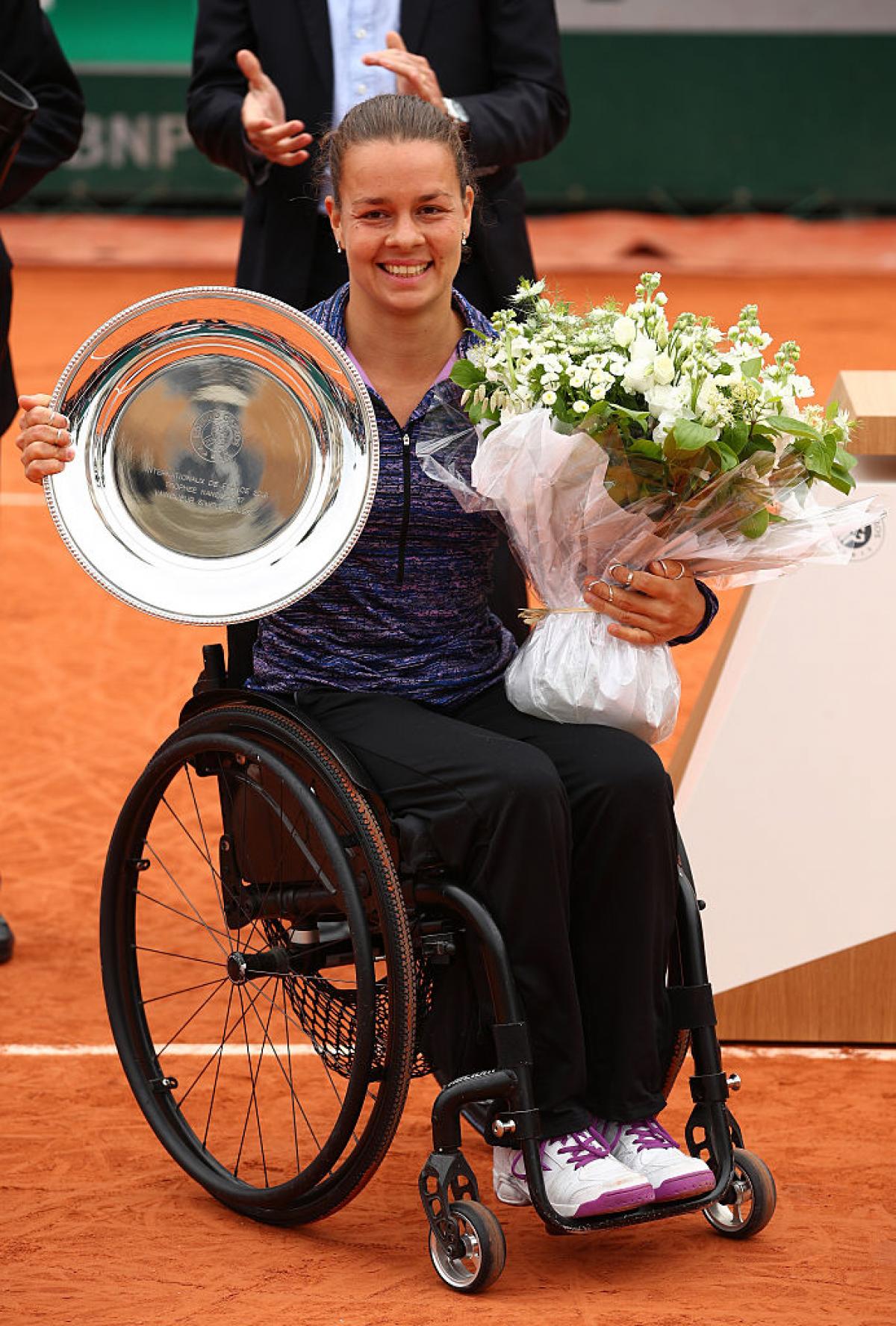 ⒸClive Brunskill - Getty Images
By Andrew Cross - For the IPC

"The competition is very strong and it is already very tough to get through the first round. I'll give my very best and hope that it will lead to success.”

It's 12 months since Netherlands' Marjolein Buis claimed her maiden Grand Slam title in Paris, and she's looking for a repeat performance when this year's French Open takes place at Roland Garros from 8-10 June.

“It's always exciting to play the Grand Slams. Roland Garros is special, because it's relatively close to my home, so family and friends will come over to watch me play,” said Buis.

“It will be a big challenge to defend my title successfully. The competition is very strong and it is already very tough to get through the first round. I'll give my very best and hope that it will lead to success.”

Despite losing in the quarter-finals of the Australian Open, the Netherlands’ World No.5 had a promising first half of the year, winning two singles and five doubles titles.

Victories at singles tournaments in Great Britain and USA were followed by successive doubles titles at the Japan Open and Korea Open, and Buis is pleased with her form heading into the second Grand Slam of 2017.

“So far my year has gone pretty good! It didn't start well in Australia, but the start was followed by three very successful tournaments and I’ve just finished a two week trip to Asia, where I've won two doubles titles,” she said.

“In Japan, I played doubles with Yui Kamiji for the first time since January 2016. To win the title in Japan gives me a very good feeling looking ahead to Roland Garros, because we'll play doubles there as well.

“A Grand Slam singles title is the most important win for me, but I would be very, very pleased if Yui (Kamiji) and I could win the doubles title in Paris.”

Roland Garros is the only Grand Slam played on clay during the season, but Buis is confident her game can adapt to the surface this week.

“Playing on clay is different from playing on grass and hardcourt. Ninety percent of the time I play on hard court, so I spend most of my time working on a game that suits that surface the best,” she said. “But, of course, I'll prepare well for the clay matches and change my game a bit, so it fits the clay.

“Since I've been in Asia until the end of May, I haven’t had very long to prepare on clay, but I'm confident that I've got more than enough time.”