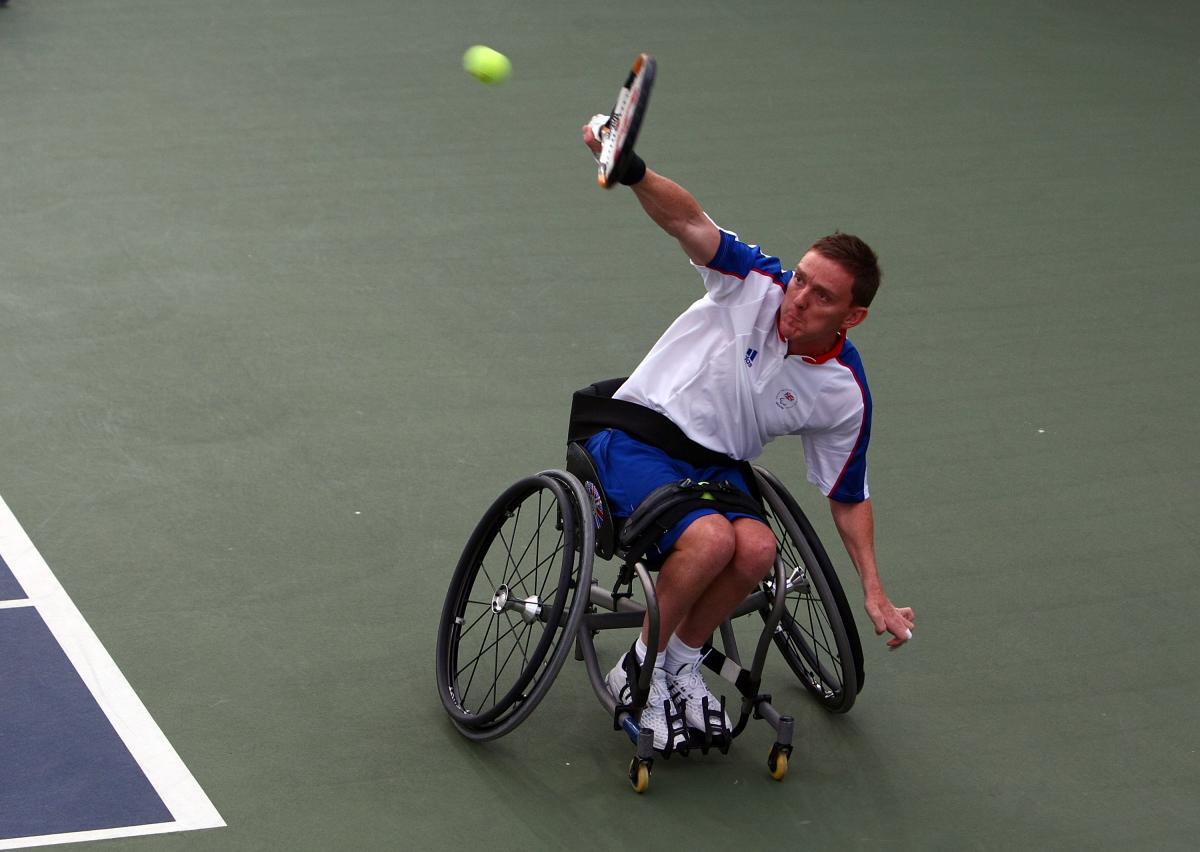 Six months on from the most successful Paralympic Games ever for Great Britain’s wheelchair tennis team, Paralympians Jamie Burdekin, Marc McCarroll and David Phillipson have announced their retirement from competitive sport.

A former Royal Marine, Burdekin, 37, took up wheelchair tennis after being introduced to the sport at a Tennis Foundation Camp for new players in 2003, having been injured in a car accident in 2000.

Amongst his many achievements, Burdekin won the Paralympic quad doubles bronze medals with Peter Norfolk at Beijing 2008, and with Andy Lapthorne at Rio 2016.

“After a lot of thought and speaking with the closest people around me I have decided now is the time to hang up my rackets,” he said. “Wheelchair tennis opened so many doors for me and gave me so many opportunities for which I am really grateful for. I have met some wonderful people and travelled to some amazing places.

“Looking back over the last fourteen years I have achieved more than I ever thought I would - winning three national titles, two world titles and two Paralympic bronze medals. Representing my country in the Beijing, London and Rio Paralympic Games and so many other occasions has been a massive honour for me and I consider myself really lucky.”

Thirty-two year old McCarroll first tried wheelchair tennis at the 2005 Spinal Unit Games after being injured in a car accident in 2003.

McCarroll represented his country at the London 2012 and Rio 2016 Paralympics and was a member of the Great Britain World Team Cup team that won the men’s World Group title in 2015 for the first time ever.

“I have had many fantastic years of playing wheelchair tennis as a part of the Tennis Foundation's performance programme and it has been an honour to represent my country in two Paralympics, but I now feel it is time for me to explore other areas of my career,” he said.

“My passion is coaching and I am now dedicating my time to gain my qualifications and use them to find and help new wheelchair tennis players achieve their goals. I would like to thank the Tennis Foundation and UK Sport for all their support during my time as an athlete.”

A former world No.2 junior player and British men’s No.1 in 2007, he was a member of the Great Britain team that won the junior event at the World Team Cup and was also a member of the 2008 and 2015 men’s teams that win gold in World Group 2 and, most recently, the men’s World Group.

Geraint Richards, the Tennis Foundation's Head of Disability Player Performance, said: “On behalf of the Tennis Foundation, I’d like to thank Jamie, Marc and David for their contributions to wheelchair tennis in Great Britain over the past few years and would like to wish them all the best as they embark on the next exciting chapters of their careers.”

The full story is available on Tennis Foundation’s website.