Italy's Marco Cima was the hero at the Wheelchair Fencing World Cup in Lonato, Italy, winning the home team's only gold. 02 Jun 2014
Imagen

"This victory made me certain that I am able to compete at the highest level at all events."

When Italian Marco Cima clinched the men's category B epee title at IWAS Wheelchair Fencing World Cup event in Lonato, Italy (23-25 May) it was celebrated as a victory for the entire Italian squad. As Italy's only gold at their home event, it meant a huge amount.

"I'm very happy because I was able to implement the work I have done with my coach," explained Cima. "I celebrated with my friends and my club teammates."

On his way to victory Cima had to face compatriot Alessio Sarri in the semi-final, a match he admits was not easy.

"It is always hard to compete against a teammate," Cima said. "Both because we are on the same team and because Alessio is very competitive and strong."

The win in Lonato was Cima's second of the year following success at the World Cup in Malchow, Germany, in January. Coming just before the European Championships in Strasbourg, France, (7-14 June) it gives him the ideal confidence boost.

"This victory made me certain that I am able to compete at the highest level at all events."

The Italian camp was also boosted by the return of young star Beatrice "Bebe" Vio who has focused on studying rather than fencing in 2014. Vio returned to the piste in Lonato and went straight onto the podium, finishing joint third alongside Germany's Simone Briese-Baetke in the women's category B foil.

Briese-Baetke has now been on the podium in both the category B foil and epee events for three events in a row. The experienced German star took gold in the epee event to ensure she heads to the European Championships as the one to beat.

Also celebrating victory in multiple events was Hong Kong's Yu Chui Yee. Appearing in her first major tournament since last year's World Championships, the seven-time Paralympic champion looked sharp as she won both the category A foil and epee events.

In the men's competition it was France's Romain Noble who took home two titles. Noble looked comfortable as he won the category A epee and foil competitions, a feat he would love to repeat in front of a home crowd in Strasbourg.

A team on the rise ahead of the European Championships is Great Britain. They recorded their highest ever medal tally for a World Cup in Lonato. Piers Gilliver was the main protagonist, winning silver in the men's category A foil and joint bronze in the equivalent epee discipline. Gemma Collis added to the British haul with a bronze in the women's category A epee, her first medal at a World Cup event.

All eyes now turn to Strasbourg to see if the winners from Lonato can repeat their achievements under the pressure of the European Championships. 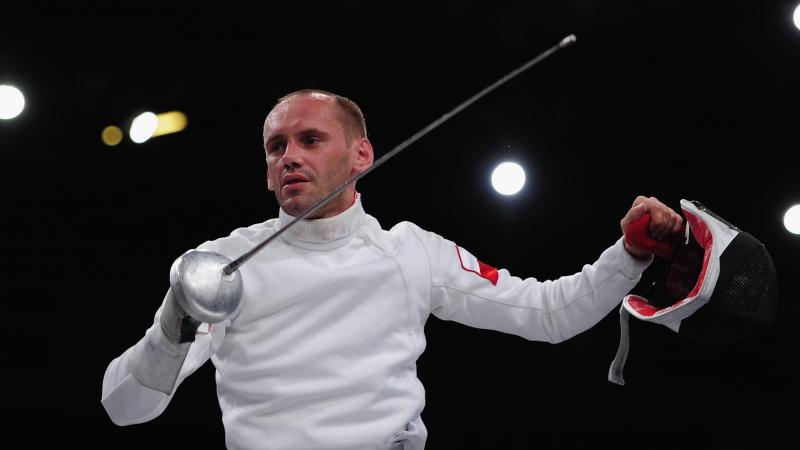