Four gold medals will be decided on the penultimate day of table tennis competition, with China looking to add another two gold to the eight they've already won at ExCeL. 07 Sep 2012
Imagen 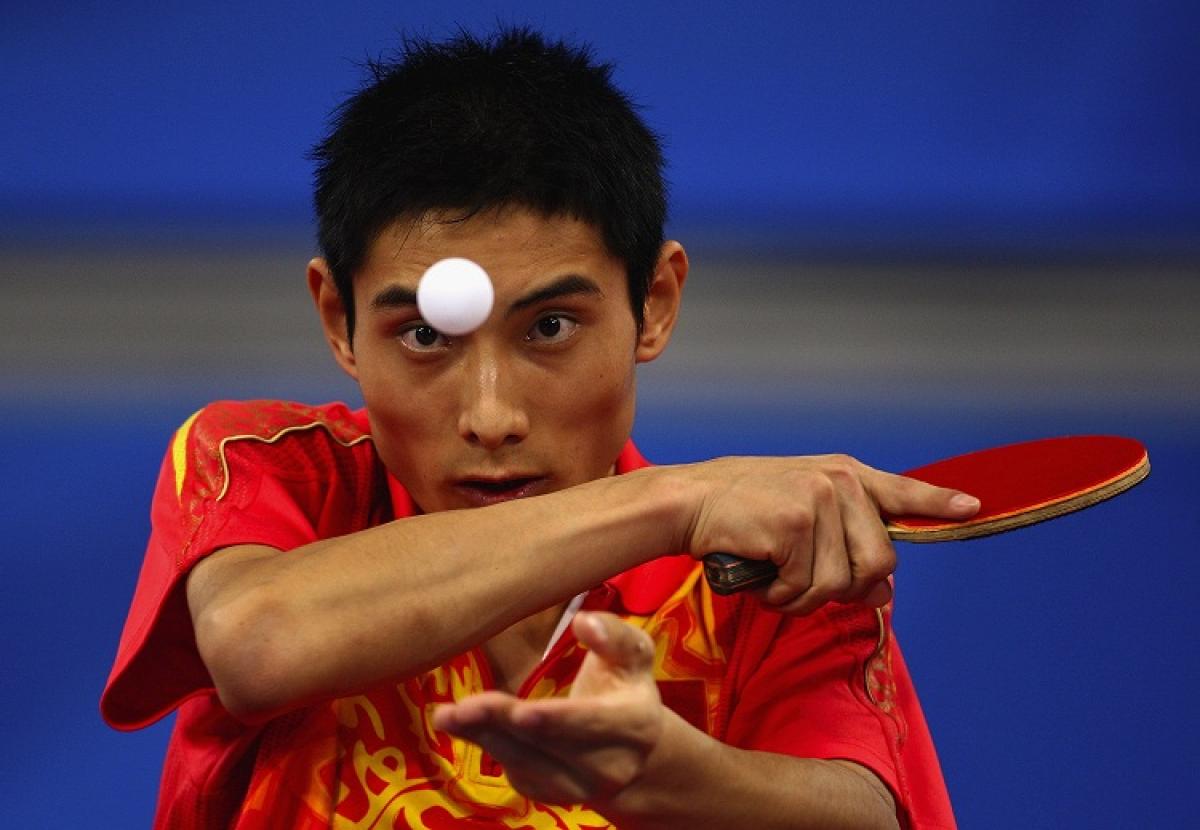 Panfeng Feng of China in action during the London 2012 Paralympic Games.

In the men’s class 3 China and Germany will fight for gold having beaten Korea and France respectively in straight matches.

Poland will play Spain in the gold medal match after a marathon contest against Great Britain that lasted just under three hours in the men’s class 6-8.

Spain beat Germany to progress and did so in straight matches. This year’s men’s team class 6-8 marks a change from the Beijing 2008 Paralympic Games as none of the finalists from four years ago have repeated the same feat.

In the men’s class 3 China and Germany will fight for gold having beaten Korea and France respectively in straight matches. Korea and France move into the bronze medal contest. Panfeng Feng of China is hopeful about the gold medal match:

"Our level is almost the same as Germany. We just hope for the best tomorrow."

Straight match victories continued in the women’s class 1-3 semi-finals with China beating Italy, and Korea knocking the home team into the bronze medal match. Hyun Ja Choi of Korea is determined that her team is capable of gold:

France will go for gold as they took Korea to a five-game contest in the men’s class 1-2. Nothing could separate the teams after four matches, so it went to a final doubles match, which also went to five games. It was France that came out on top and goes forward to meet Slovakia, who beat Austria 3 – 0, in the gold medal match.