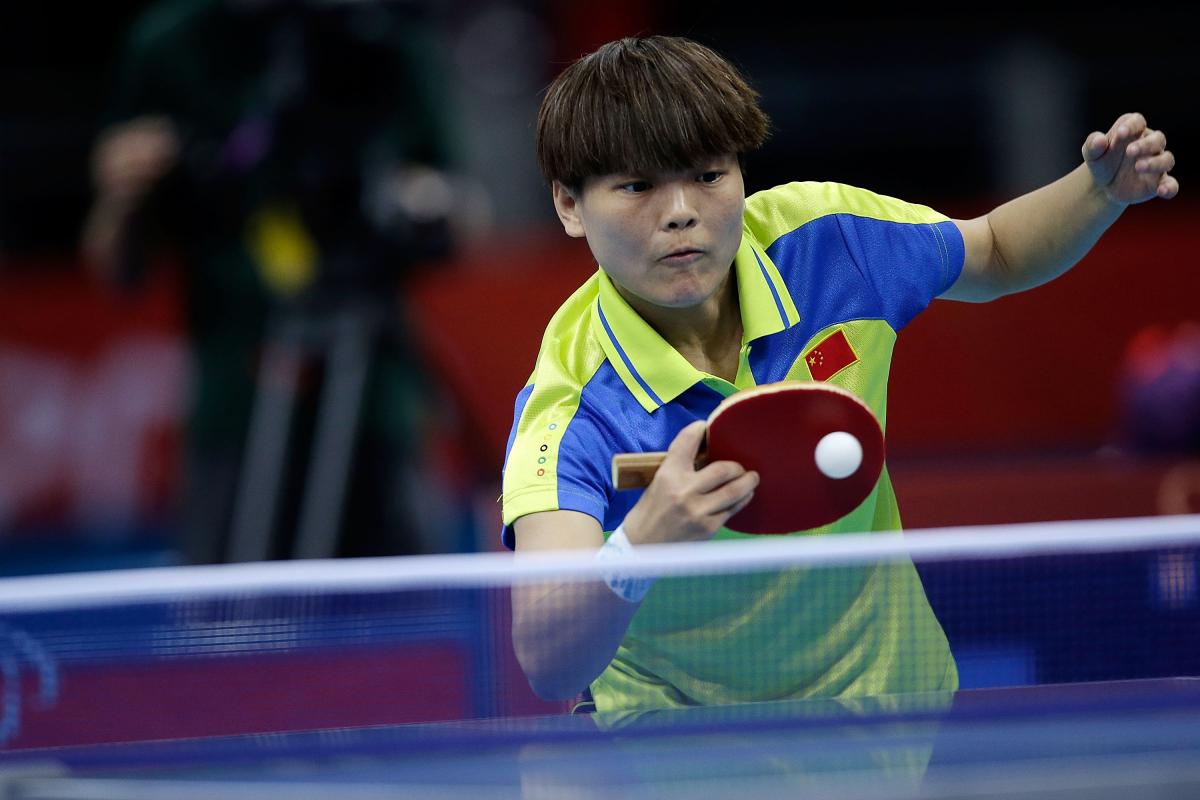 There will be 116 men and 53 women competing at the Championships with entries from: China, Chinese Taipei, Hong Kong, Indonesia, India, Iraq, Jordan, Japan, Korea, Kuwait, Lebanon, Macao and Thailand.

London 2012 Paralympic Games medallists are very much in evidence at the forthcoming ITTF Asian Para-Table Tennis Championships, to be staged in Beijing, China, beginning on Saturday (19 October) and running through Wednesday (25 October).

Seventeen players who secured the precious top prize at the ExCeL just over one year ago, will be present for the five-day tournament at the China Administration of Sports for Persons with Disabilities in Houshayu Town, situated in the Shunyi District of Beijing.

There will be 116 men and 53 women competing at the Championships with entries from: China, Chinese Taipei, Hong Kong, Indonesia, India, Iraq, Jordan, Japan, Korea, Kuwait, Lebanon, Macao and Thailand.

Predictably there is a strong representation from the host nation with notably Fan Pengfeng, Ma Lin, Liu Jing, Zhang Bian and Lei Lina all being in action.

In London, all five won gold in both the singles and team categories.

Liu Jing won the women’s singles Class 1-2 and teamed with Li Qian, also present in Beijing, to win the women’s Class 1-3 title in London and will be back, hungry for more.

There are notable female players from China in the wheelchair classes, as Lei Lina is the one to beat. She won the women’s singles Class 9 in London and will no doubt partner with Yang Qian once again in the team events at the Championships. In the London, they joined forces to win the women’s team Class 6-10 title.

Meanwhile, for the men, Fan Panfeng won men’s Singles Class 3 at the London 2012 Paralympic Game,s and with Zhao Ping and Gao Yanming, claimed the top prize in men’s team Class 4-5. All are present in Beijing.

Likewise, Ma Lin struck gold in London in men’s singles Class 9 and with the player he will undoubtedly partner in Beijing, Ge Yang, claimed the men’s team Class 9-10 title.

Names are a plenty, and there are more; Zhang Yan, Gao Ningning and Guo Xingyuan who won men’s team Class 4-5 gold in London appear on the Beijing entry list.