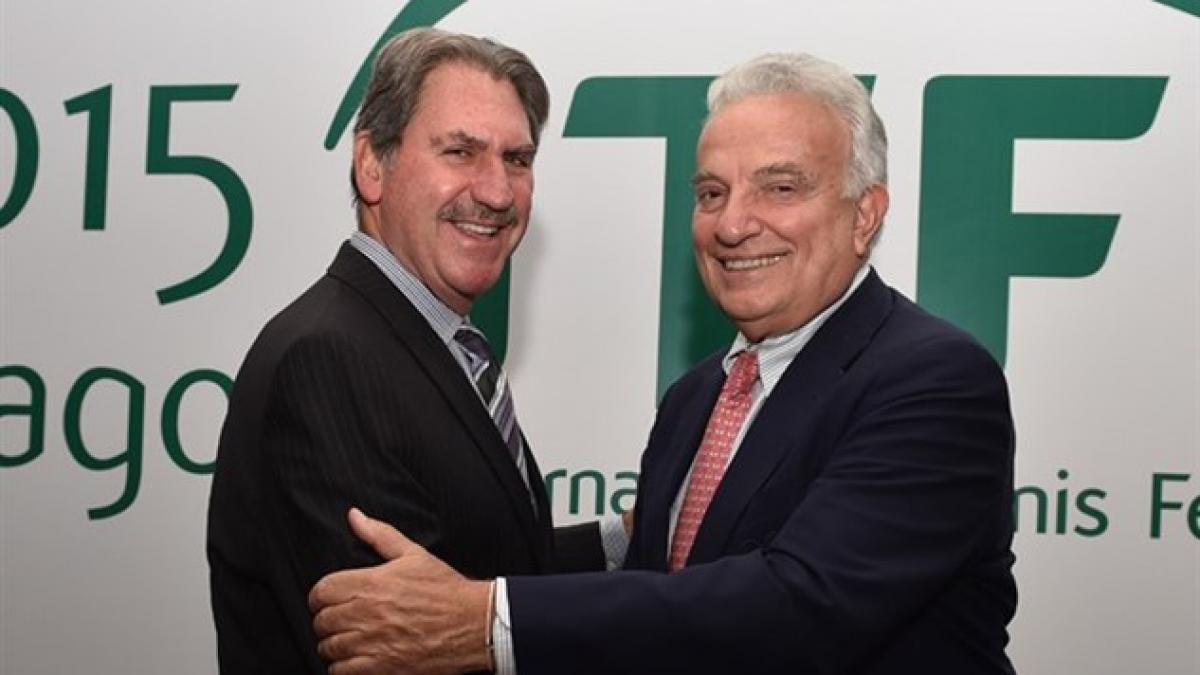 David Haggerty was elected as the new International Tennis Federation (ITF) President at the ITF Annual General Meeting on 25 September in Santiago, Chile. The 58-year-old from the United States succeeds Francesco Ricci Bitti, whose 16-year term as ITF President came to an end. Haggerty will serve a four-year term from 2015-19.

“It is a privilege and an honour to be elected President of the ITF,” Haggerty said. “Tennis is the common language that binds all our member nations. It is important that we continue to listen to each other and work together to keep the ITF strong. I want to thank Francesco, who has done so much for the ITF over the last 16 years, for his leadership and friendship.”

Haggerty was elected on the second ballot with 200 votes, over Anil Khanna from India with 192 votes. Khanna, Katrina Adams from the USA and Rene Stammbach from Switzerland have been named as ITF Vice Presidents under Haggerty. The decision was taken on 26 September in Santiago.

“The selection of vice presidents reflects the diversity on the new board, and the experience of these board members,” Haggerty said. “The whole ITF Board is committed to working together over the next four years to enable the continued growth of the organisation.”

Haggerty is an experienced tennis administrator, having held a variety of roles within the United States Tennis Association (USTA) since 2001 and within the ITF since 2009. He served as Chairman, Chief Executive Officer and President of the USTA in 2013-14. From 2013-15, he served as vice president on the ITF Board of Directors. He is a former President of the Tennis Industry Association and a current board member of the International Tennis Hall of Fame.

“I would like to congratulate David Haggerty on his election as ITF President, and wish him all the best for the future,” Bitti said. “It has been my pleasure to serve as President for the last 16 years, and I am confident that under David’s leadership, the organisation can continue to grow with the support of the ITF staff and our 210 member nations.”

The full line-up of the ITF Board of Directors for the term 2015-19 is as follows: