The most decorated wheelchair tennis player was one of three to be inducted into the Class of 2015 on Saturday 18 July. 20 Jul 2015
Imagen 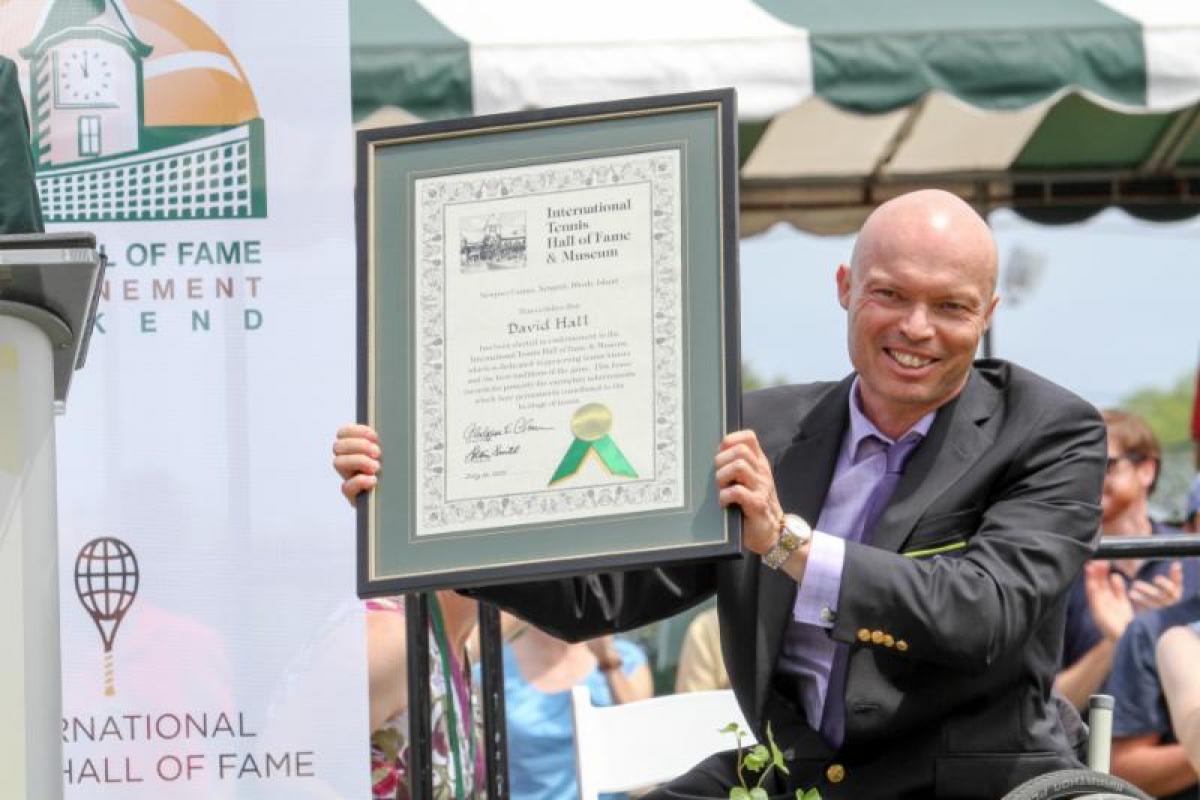 “Tennis has given me more than I could ever repay."

In recognition of their remarkable careers and tremendous contributions to tennis, Australian Paralympic champion David Hall, along with former world No. 1 Amelie Mauresmo and long-time tennis industry leader Nancy Jeffett, were honoured with inductions into the International Tennis Hall of Fame Class of 2015 on Saturday (18 July) in Newport, Rhode Island, USA.

"You feel the history of tennis here in Newport,” Hall, one of the world's most decorated wheelchair athletes, said at the ceremony. “I think to have wheelchair tennis included among this beautiful sport is incredible. For me, to be here and to be considered a small part of that history of the sport that we love is just great for me."

Hall was ranked world No. 1 in singles and doubles and won every major title in the sport. A six-time Paralympic medalist, Hall won medals in singles and doubles at the 1996, 2000 and 2004 Games, including gold in front of his home crowd in the Sydney 2000 Paralympics. Hall also captured the Australian Open for wheelchair tennis nine times, as well as the US Open eight times. He was also champion at the British Open seven times and the Japan Open eight times. Hall holds a career singles record of 632-111 and a career doubles record of 397-89.

He began playing wheelchair tennis at 19, three years after he lost his legs when he was hit by a car. Hall retired from the sport in 2006 and was introduced for induction by his former coach Richard Berman.

"Through those early days, after my accident, tennis was like a long-lost friend who had come back to me,” Hall said. “Tennis has given me more than I could ever repay. It took me in directions I never imagined. It took me to faraway lands, forging friendships and experiencing different cultures. It gave me a purpose, a direction; it filled me up when I needed it and rewarded me with great joy when I worked for it. I never dreamed I could be as successful as I was.

“When people recite my career stats, I still find it hard to comprehend. I had goals and I worked as hard as I could to reach them. I do not think of myself as special or extraordinary, I am just a kid from Budgewoi (New South Wales Australia) who loved to hit balls that was blessed to be surrounded by great people."

The new Hall of Famers were celebrated in a grand ceremony, attended by thousands of fans and Hall of Famers, including Billie Jean King, Pam Shriver, Vic Seixas and Gigi Fernandez. International Tennis Hall of Fame Chairman Christopher Clouser and President Stan Smith led the ceremony. King, a Class of 1987 inductee, was also honoured during the ceremony, when she was presented with her official Hall of Fame ring. 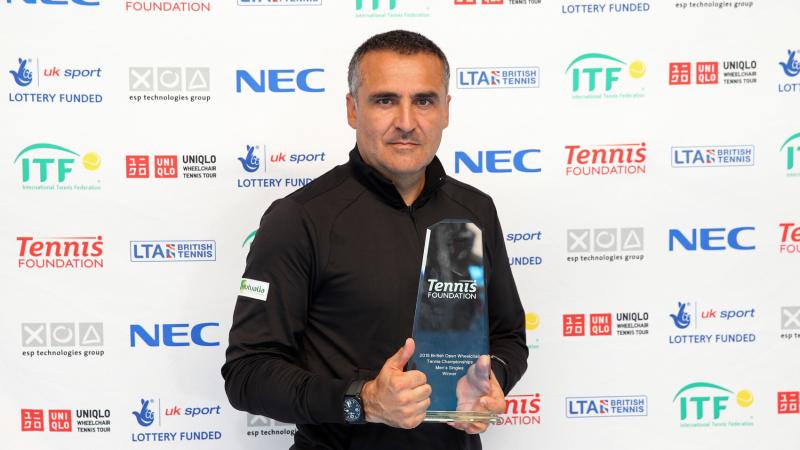 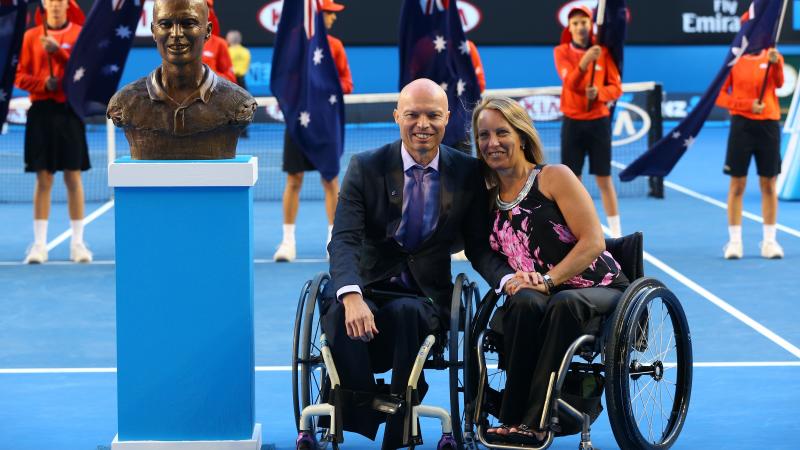