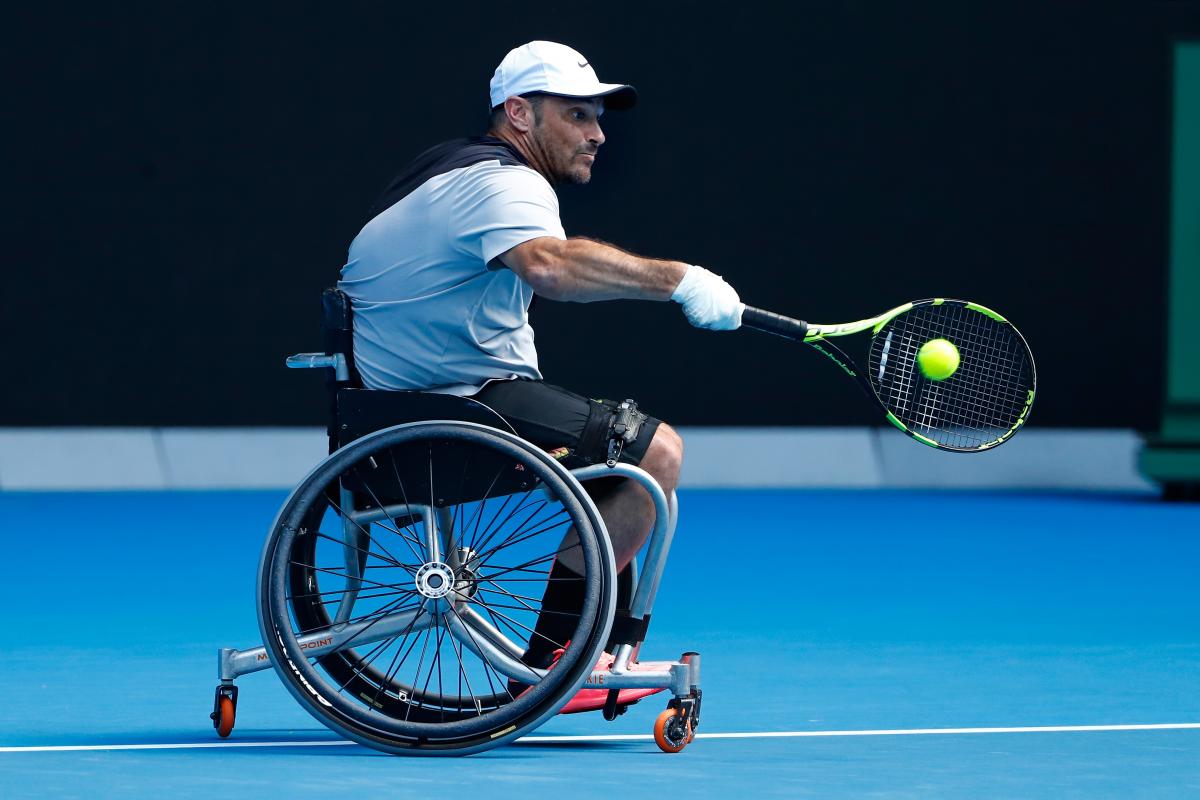 David Wagner, Kgothatso Montjane and Nicolas Peifer completed their last tournament before Wimbledon by lifting the quad, women’s and men’s singles titles at the Swiss Open, in Geneva, on 7 July.

While Peifer added his name to the men’s roll of honour, Montjane made it four Swiss Open women’s titles since 2013 and Wagner wrapped up his 12th quad singles title at the 31st edition of the ITF 1 Series event.

One week away from playing in the first ever quad doubles exhibition match at Wimbledon, USA’s world No. 1 Wagner collected his eighth successive Swiss Open title with a straight sets victory over Brazilian second seed Ymanitu Silva 6-2, 6-4.

After dropping out of the world’s top 8, Peifer sealed his second men’s singles title of 2018 with a hard-won 4-6, 7-5, 6-4 victory over Belgium’s top seed Joachim Gerard in the final. The Frenchman had already beaten Japan’s defending champion Takashi Sanada in the semi-finals.

The men’s doubles brought a fifth title together for Gerard and Peifer as they beat Netherlands’ Tom Egberink and Sanada 7-6 (1), 6-1.

Montjane retained her Swiss Open title with a 7-5, 6-2 win over Great Britain’s top seed Lucy Shuker. The South African next goes to Wimbledon after being awarded a wild card.

Thailand’s Sakhorn Khanthasit and Japan’s Momoko Ohtani claimed their first women’s doubles title together after defeating third seeds Charlotte Famin of France and Michaela Spaantra of Netherlands 6-4, 6-3 in the final.