Esther Vergeer and Aniek van Koot will both take part in next month’s NEC Wheelchair Tennis masters, while Great Britain will be represented in all three divisions. 09 Oct 2012
Imagen 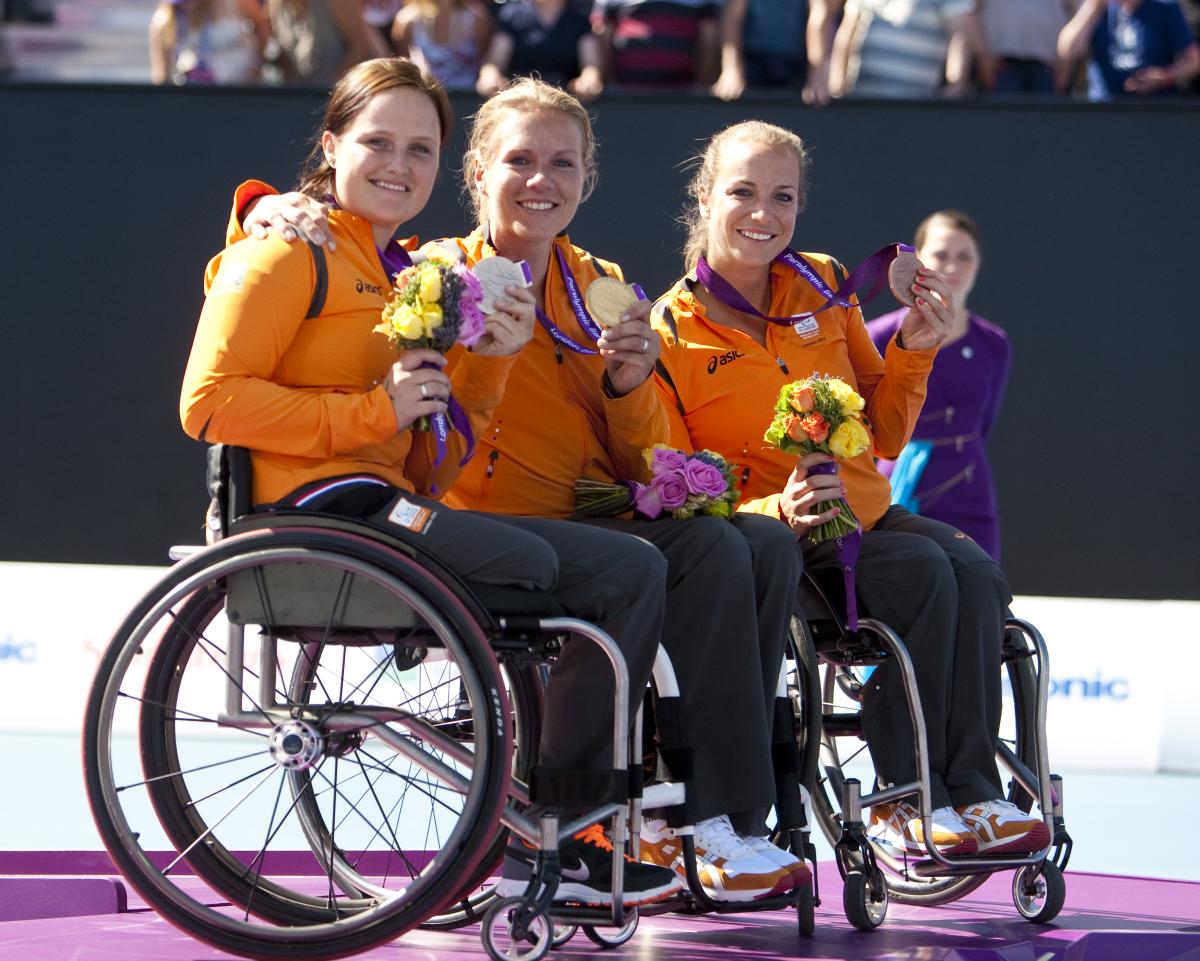 “At first I thought my biggest accomplishment was just that I participated. But it was my silver medal that I won in front of my family. It was an amazing feeling."

The International Tennis Federation (ITF) has announced the entries for next month’s 2012 NEC Wheelchair Tennis Masters, set to take place in Mechelen, Belgium from 7-11 November.

London 2012 singles gold medallists Esther Vergeer of the Netherlands and Shingo Kunieda of Japan, as well as quads singles gold winner Noam Gershony of Israel are all set to take part.

Five of the eight female players will hail from the Netherlands, and Great Britain will be represented in all three divisions for the first time in the tournament’s history.

Paralympic champion and runner-up Esther Vergeer and Aniek van Koot, meanwhile, will lead the Dutch women in their first major tournament since London 2012, and both have admitted to being a little overwhelmed the last month with all the attention they have received back home.

“At first I thought my biggest accomplishment was just that I participated. But it was my silver medal that I won in front of my family,” van Koot said of the Paralympics. “It was an amazing feeling.

“It was a rollercoaster of emotions. My family had organised a celebration in my hometown, Dinxperlo. A lot of people came out to watch and they even picked me up in a Bentley convertible.”

Vergeer echoed van Koot’s sentiments, adding that London 2012 was a major boost in propelling wheelchair tennis to the sporting forefront on a regular basis, which she hopes will begin with the NEC Wheelchair Tennis Masters next month.

“I think the Games were so well organised as never before,” Vergeer said. “The media coverage was great and it was amazing that a lot of family and friends where there. A dream came true by winning two golds.

“Now, I am at home as a richer person. I am thinking about my future. I will think about what I want and how I want it. Helping the Paralympic Movement become bigger and better. We are on a moving car, so let’s keep it rolling.”

If all unfolds as many anticipate in Belgium, expect to see Vergeer and van Koot face off in the women’s singles final once again.

In the men’s competition, Kunieda will have to fight off France’s Stephane Houdet and the Netherland’s Maikel Scheffers, who won silver and bronze, respectively, at London 2012. Kunieda beat Houdet, 6-4, 6-2, for gold in London.

Gershony will face tough opponents in USA’s David Wagner and Great Britain’s Lapthorne and Peter Norfolk in the quads competition.