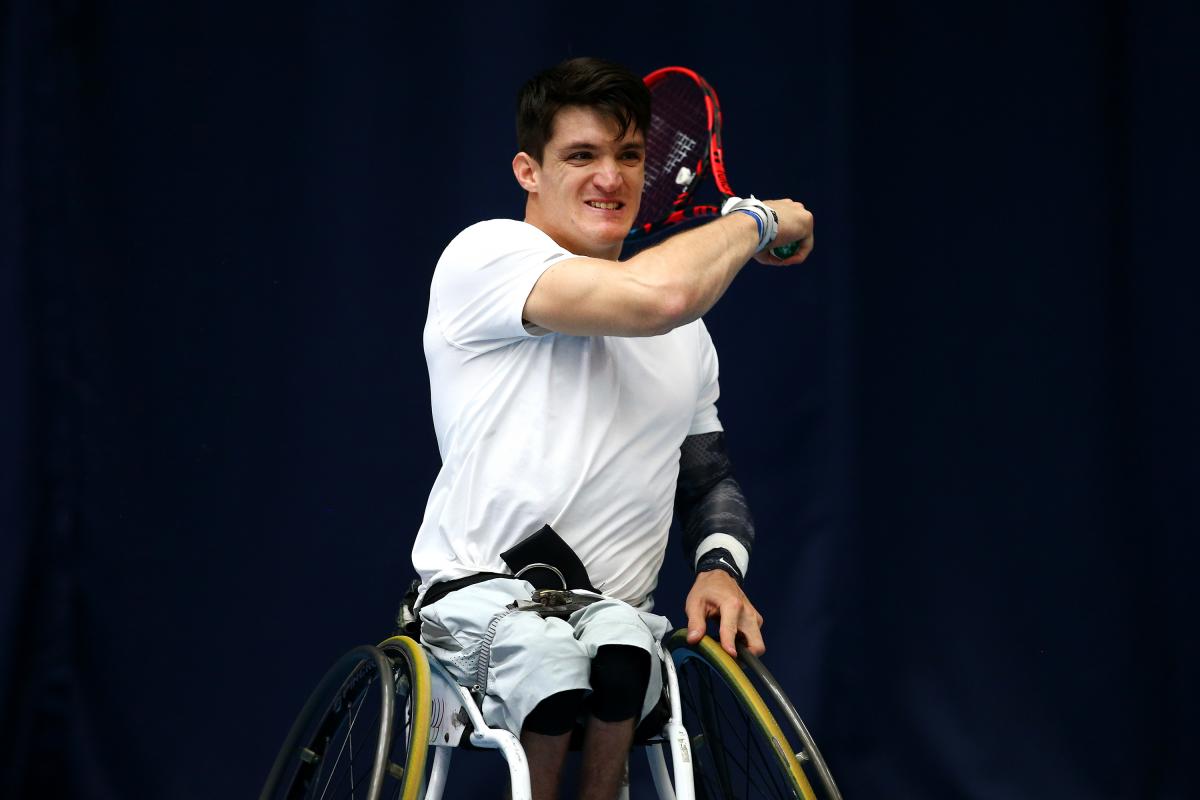 Argentina's Gustavo Fernandez in action during his match against Maikel Scheffers on Day 1 of NEC Wheelchair Tennis Masters at Queen Elizabeth Olympic Park on November 30, 2016 in London.

Wheelchair tennis players Gustavo Fernandez and Yui Kamiji rounded off a successful week by sealing the men’s and women’s singles titles respectively at the Korea Open in Seoul, South Korea, on 27 May.

Argentina’s world No.4 claimed his third title of the season following a 6-0, 7-5 victory over Great Britain’s No.7 and Rio 2016 silver medallist Alfie Hewett.

Fernandez did not concede a set all week, showing great form ahead of his title defence at Roland Garros, the year’s second Grand Slam set to take place in Paris, France, from 8-10 June.

The Argentinian won the Melbourne and Australian Opens earlier this year.

Yui Kamiji continued her winning run in Asia by securing back-to-back titles. The world No.2 won the Japan Open last week and followed that up with another title in South Korea after defeating Thailand’s Sakhorn Khanthasit 6-4, 6-1 in the final.

But Khanthasit took revenge in the doubles together with the Netherlands’ Marjolein Buis, thanks to a 6-4, 3-6, 11-9 victory over Kamiji and British player Lucy Shuker.

Japan celebrated a third title of the weekend as Shota Kawano and Koji Sugeno won the doubles after beating Kyu-Seung Kim of South Korea and Nicholas Taylor of the USA 6-2, 0-6, 10-8 in the final.