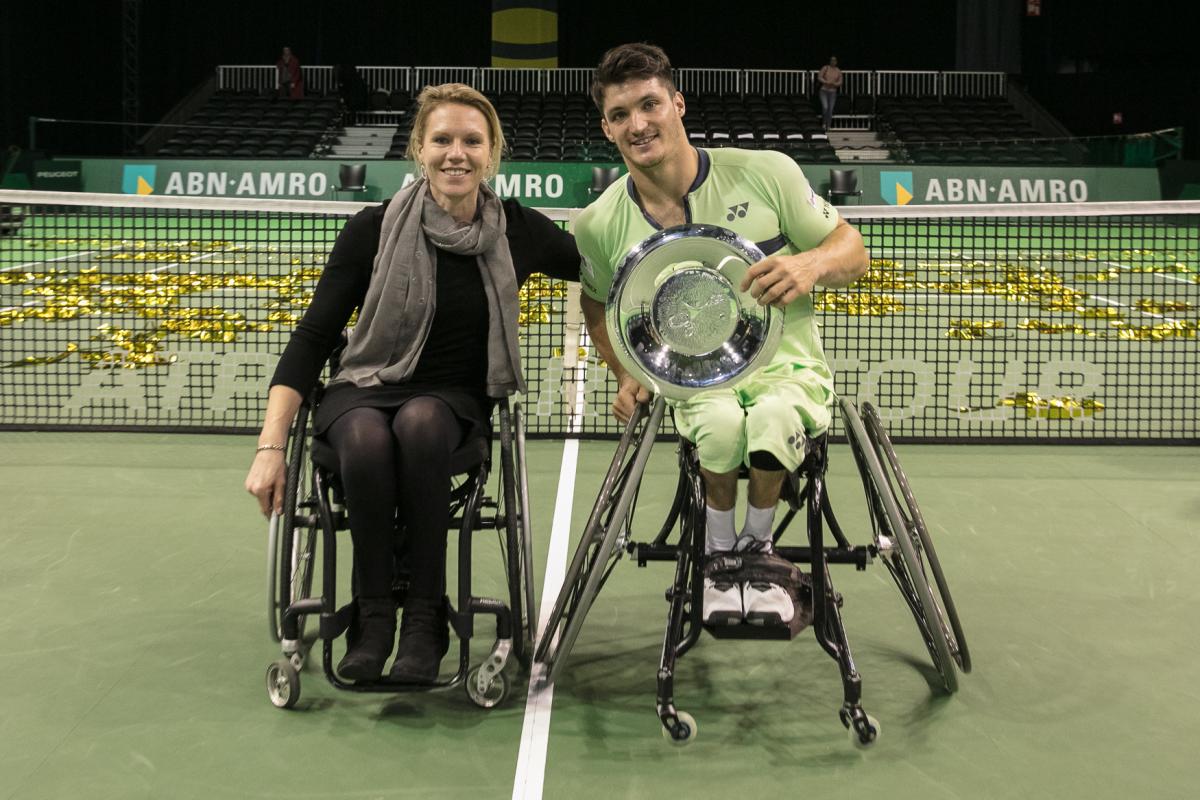 The 24-year-old, who became the first Latin American to earn the world No.1 men’s singles ranking last season before ending 2017 as ITF World Champion, lost the top spot to the British player at the end of January. However, Fernandez prevailed in the first head-to-head of 2018.

The Argentinian came back from 4-1 down to take the opening set in a tiebreak, with Hewett putting in an untimely double fault on set point.

Fernandez, the champion in Rotterdam in 2015, made the better start to the second set, earning a 4-1 lead of his own. But Hewett saved a string of break points to reduce the deficit and that proved to be the catalyst for the 20-year-old to draw level and then take the lead at 5-4.

A forehand winner earnt Hewett a set point, but he could not convert the opportunity and another double fault brought the score level again at 5-5. It was Fernandez whose serve faltered as Hewett regained the lead at 6-5, but the second seed comfortably broke back to force another tiebreak.

A third and deciding set look to be a distinct possibility as Hewett built a 3-0 cushion in the tiebreak, but six successive points finally brought Fernandez three match points and he wrapped up his second ITF 1 single title of the year after winning last month’s Melbourne Open.

Five years on from playing their first doubles tournament together in Rotterdam, when they failed to register a win on court, Belgium’s Gerard and Sweden’s Olsson completed this year’s event having beaten both the top and second seeds.

Having ended France’s Stephane Houdet and Nicolas Peifer’s bid for a third successive doubles title when winning Thursday’s semifinal, Gerard and Olsson opened the final by establishing a 4-1 lead over second seeds Hewett and Reid, only to be taken to a tiebreak.

Hewett and Reid led the final for the first time as the tiebreak got underway, but they could not move ahead by more than one point and Gerard and Olsson held on to convert their third set point.

While neither team was able to open up a clear advantage in the second set, Gerard and Olsson saved a set point on their way to forcing another tiebreak and they recovered from 4-1 down in the tiebreak to seal a 7-6 (5), 7-6(5) victory for their fifth doubles title together.