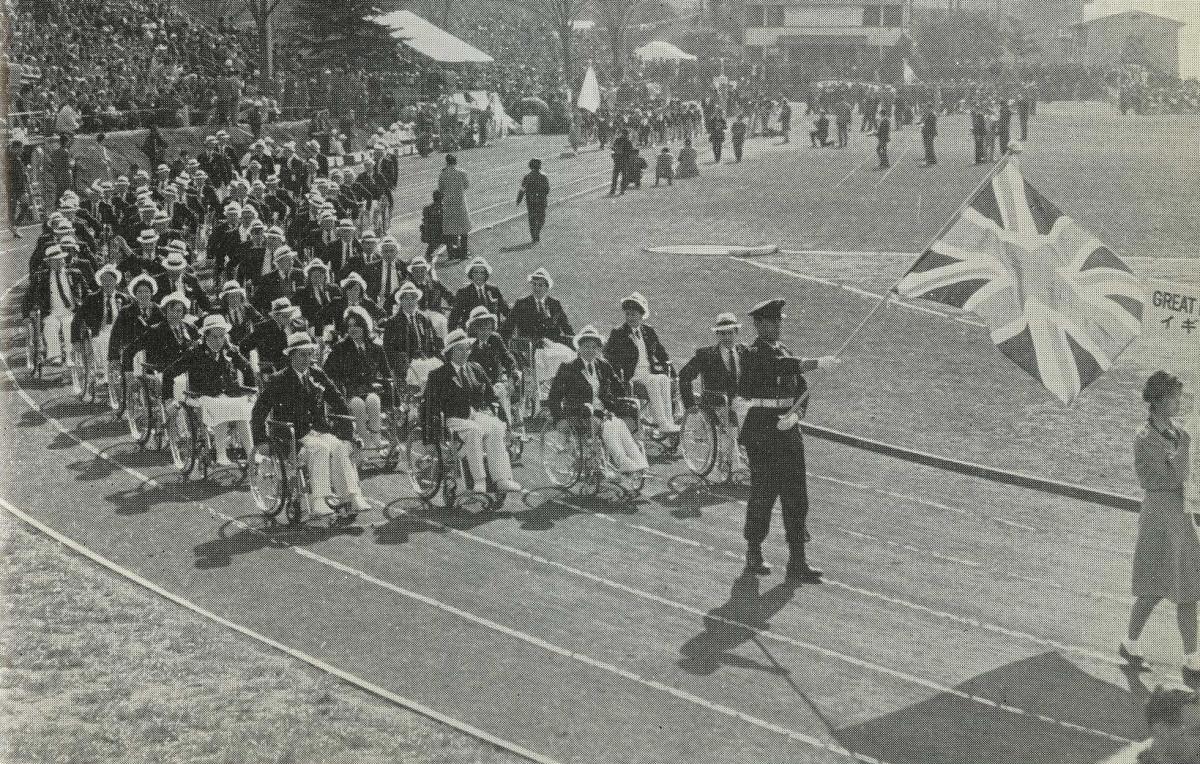 “I got a call about three weeks before the Games to say that one of the female competitors had been taken ill and would I like to step in and replace her."

Flights over the North Pole, multi-sport athletes and inaccessible transport – the Tokyo 1964 Paralympic Games were a far cry from the Games of today.

But those Paralympics were revolutionary – a huge step for the Paralympic Movement – with athletes sharing many of the venues used by the Olympians, and also the first ever wheelchair racing event taking place.

Great Britain’s Caz Walton was just 17 years old when she competed in Tokyo, one of the youngest members of her country’s squad, and also one of the most successful, walking away with two gold medals.

Had it not been for the misfortune of a compatriot falling ill, however, Walton may have never become the 10-time Paralympic champion that she is today.

“I wasn’t selected for Tokyo, I was really green behind the ears then – I had a bit of talent, but not a coached and trained talent at that stage,” she said.

“I got a call about three weeks before the Games to say that one of the female competitors had been taken ill and would I like to step in and replace her, so it was a whirlwind start to my Paralympic career.”

“We flew over the pole, which was a heck of a long trip, and fairly shattering, but I must say that the Japanese put on a very good Games and were very welcoming.”

Although accessibility 50 years ago was a major problem, particularly with transport, Walton praised the Tokyo Games for being a catalyst for future games.

“There wasn’t such thing as accessible coaches or lifts onto the coach, but because we didn’t know any different, it didn’t seem as strange,” she said.

“Accessibility was variable in a lot of the Games that I went to until recently. In actual fact Tokyo was pretty good because the Olympic athletes were housed in bungalows and the Japanese just ramped everything.

“We also used some of the Olympic arenas too, such as the swimming pool, so it was a huge step forward for the Paralympic Movement at that stage.”

Walton won two golds in Tokyo, in the women’s slalom open and the women’s wheelchair dash below T10 – something that she holds in the highest regard.

“I was launched straight into a Paralympic career, of which I was extremely lucky. It had to be one of the most incredible moments in my life.

“The first one was pretty special, and at any Games when you have that sort of success and you hear the national anthem and the flag goes up, it’s just a moment apart – I can’t really describe it, but it’s a very emotional moment.”

But was this success shared back home? The Games of today have huge television audiences, with London 2012 reaching a cumulative TV audience of 3.8 billion and Sochi 2014 reaching 2.1 billion worldwide.

For British athletes in 1964, however, news of any success was lucky to filter through to those back home.

“I think Reuters were doing some reporting on it, and that must have been a contact either with the Games organisers or possibly from Stoke Mandeville, so they were getting some news back.

“I think more newspapers more than anything else, but I think it was ITV that met us when we got back to Heathrow and interviewed some of the medallists. It wasn’t instantaneous, but they did know before I got back.”

Tokyo will become the first city to hold the Paralympic Games for a second time when they play host in 2020. For more information, visit the Tokyo 2020 website.