Here’s a list of 12 interesting things you should know about Football 5-a-Side at the London 2012 Paralympic Games. 24 Jul 2012
Imagen 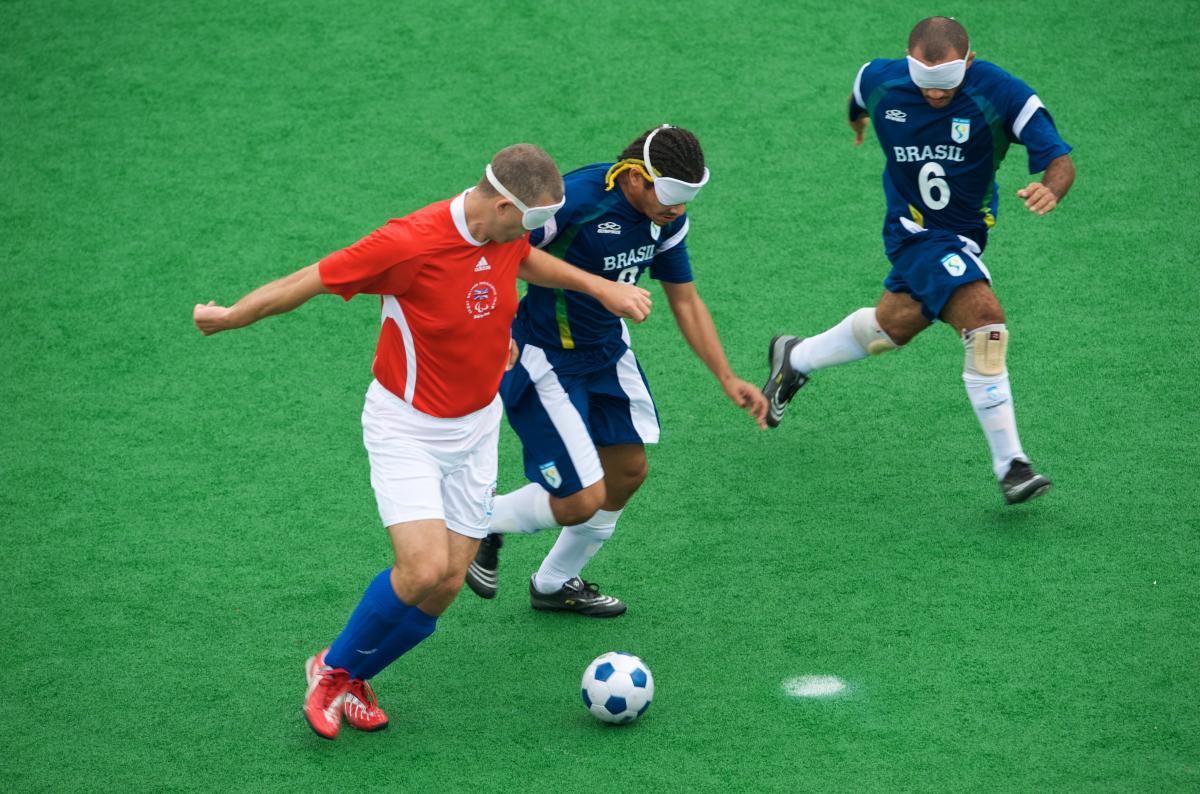 Eight teams with eight athletes each will play for one coveted gold medal from 31 August – 8 September.

The London 2012 Football 5-a-Side competition will take place at the Riverbank Arena, which has two pitches with a blue field of play and a pink area surrounding them.

The first Football 5-a-Side championships took place in Spain in 1986 and the sport made its Paralympic Games debut in Athens in 2004.

Athletes who are completely blind compete in Football 5-a-Side. There are four outfield players on the pitch during play, who must wear blackout masks to ensure fairness. The goalkeeper, however, may be fully sighted.

Because the outfield players are blindfolded, the ball makes a sound when it is moving and the crowd is asked to be silent so athletes can hear the ball travelling around the pitch.

The Football 5-a-Side pitch is surrounded with rebound walls, as the sport is played with no throw-ins, which ensures non-stop action. Kick-ins, however, do occur if the ball happens to go above the kickboards. There is also no offsides rule, but otherwise it follows FIFA rules.

The Paralympic tournament features eight men’s teams, initially separated into two groups of four to play a round-robin format. The top two teams in each group will advance to the playoff rounds.

Football 5-a-Side matches are played over two halves of 25 minutes each, with 10 minutes set aside for halftime. In the group matches, games can be played to a draw. In the playoff rounds, if scores are tied the game goes straight to a penalty shootout.

Football 5-a-Side is also know as futsal and blind football.

Brazil’s Football 5-a-Side team will be the one to watch at London 2012, as they are the only ones to have ever won Paralympic gold on the pitch, winning at both Athens 2004 and Beijing 2008. The Brazilians are also the defending world champions.

Brazilian striker Jefferson da Conceicao Goncalves, better known as “Jefinho,” is a star in his home country, having played on the national Football 5-a-Side team since 2006. Completely blind by age 7, he will be the leader of the Brazilian delegation aiming for its third consecutive Paralympic title.