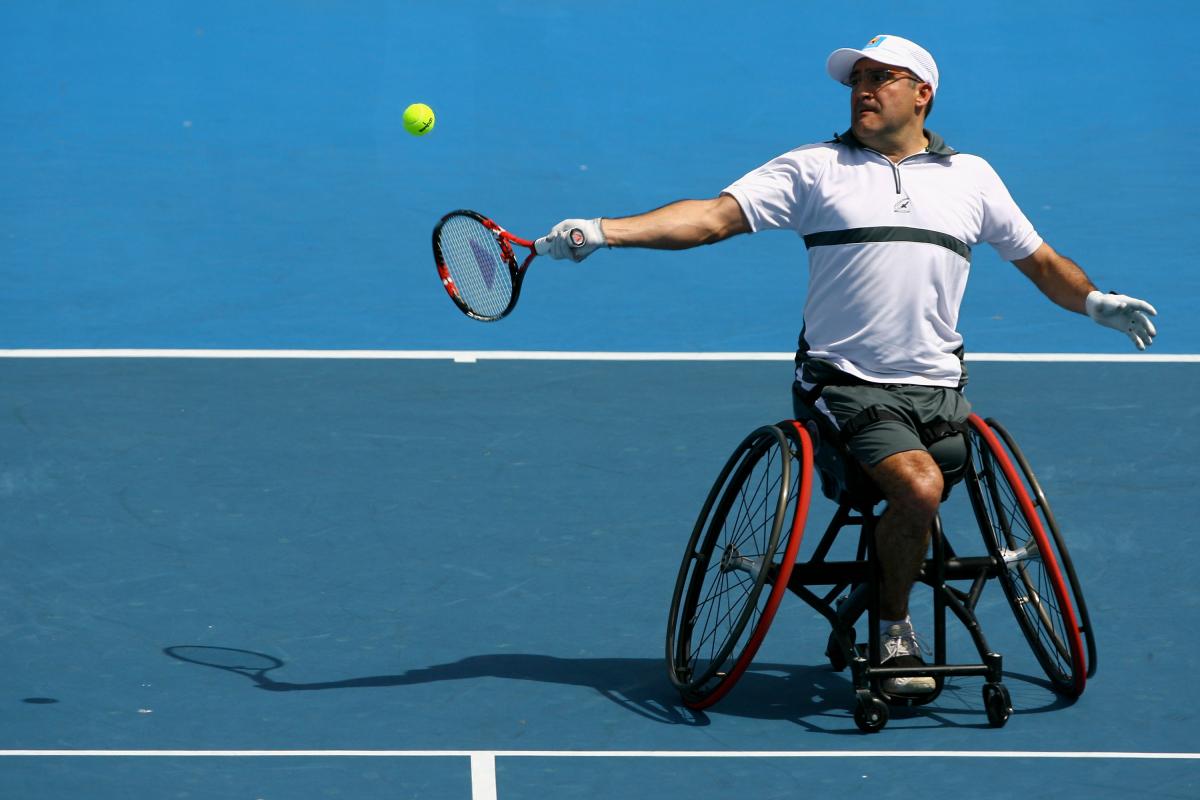 France's victory denied the Netherlands a treble of titles after the Dutch won the women's title for the 25th time after a 2-0 win over Japan and the junior event.

The first of two rain delays during the men's World Group final came with Dutch world No. 3 Ronald Vink leading world No. 4 Nicolas Peifer 3-2 in the first set of the first singles rubber.

On the resumption, Vink gained the vital break to clinch the first set, and after Peifer had fought back in the second set an epic contest ended with Vink taking the last two games to secure the contest 6-4, 5-7, 7-5.

World No. 2 Stephane Houdet of France powered his way to a 4-0 lead over World No. 1 Maikel Scheffers in the first set of the second singles rubber, which he eventually took for the loss of just a single game.

Houdet then led the second set 2-0 before another lengthy rain break. When the match resumed the Frenchman continued to dominate and wrapped up a 6-1, 6-0 victory to send the final into the deciding doubles rubber.

Beijing Paralympic champions Stephane Houdet and Michael Jeremiasz dominated the doubles rubber, dropping just the fifth game of the opening set and the third game of the second set to claim a 6-1, 6-1 victory and regain the title that France last won in 2009.

Frederic Cattaneo, Houdet, Jeremiasz and Peifer, the same quartet that won the 2009 title in Great Britain, were presented with the Randy Snow Trophy, after the men's World Group trophy was officially renamed in a ceremony on Saturday evening in Seoul in memory of Randy Snow.

Snow, a three-time Paralympic medallist and the winner of the inaugural Paralympic Games men's singles and men's doubles gold medals in Barcelona in 1992, passed away in November 2009 whilst volunteering at a wheelchair tennis camp in El Salvador. He was also a seven-time World Team Cup champion with USA.

After finishing as runners-up in World Group 2 on Saturday, South Africa gained another first on the final day of competition as they clinched a place in the top tier of 12 nations in the men's World Group for the first time for the 2013 BNP Paribas World Team Cup.

Sydwell Mathonsi gave South Africa the best possible start after easing to a 6-0, 6-1 victory over Kristof Michils, but Belgian No. 1 Joachim Gerard was the stronger player in the second singles rubber and beat Evans Maripa 6-3, 6-1.

After finishing 16th in men's World Group 2 on their World Team Cup debut in 2005 and reaching the semifinals for the first time in 2011 and the final for the first time this year, South Africa continue to progress as wheelchair tennis nation.

Meanwhile, after finishing eleventh in the top tier of nations this year, Belgium will play in World Group 2 in 2013 for the first time since 2008, when they were runners-up to Great Britain in Italy to earn promotion.