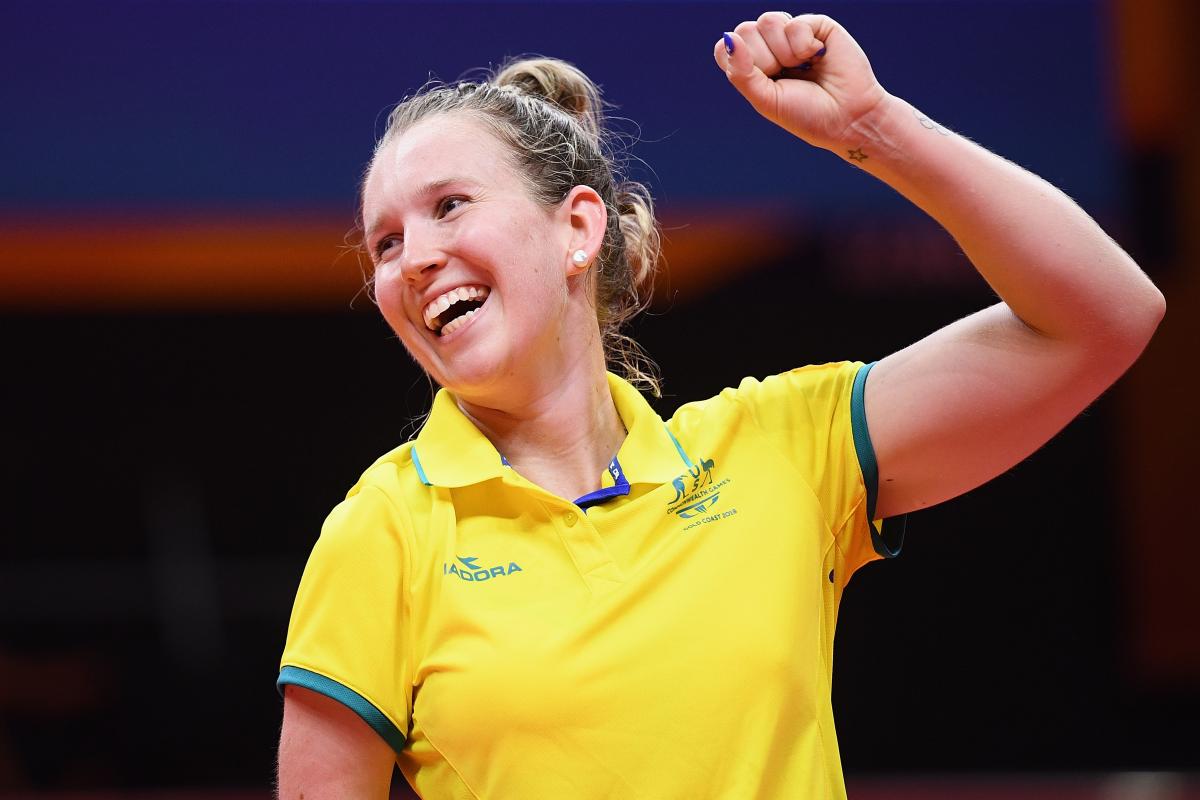 It was the first meeting between the two athletes and Obazuaye was able to apply plenty of pressure at the beginning, before the class of Tapper shone through.

Players exchanged points early, with the scores locked at 6-6, before Obazuaye produced a blitz to take the opening game 11-7.

The Australian started strong in game three, taking a 4-2 lead, but Obazuaye clawed her way back to 6-6.

However, Tapper reeled off the next five points to move a game away from gold.

She continued the momentum swing with five of the first six points in game four.

Obazuaye called a timeout, but it didn’t stop the Tapper charge as she closed out the game 11-3 to secure the Commonwealth title.

Tapper had a very busy programme at the Games, placing ninth in the women’s singles, fifth in women’s doubles and ninth in mixed doubles, while Australia finished fourth in the teams event.

Andrea McDonald ensured two Australians featured on the podium with a strong performance in the bronze medal match against England’s Felicity Pickard.

The turning point in the match was Wilson’s 12-10 salute in the second game, before he stepped up the intensity to secure gold, his first medal at the Commonwealth Games.

The 18-year-old Welshman will use the triumph as a stepping stone towards qualifying for Tokyo 2020.