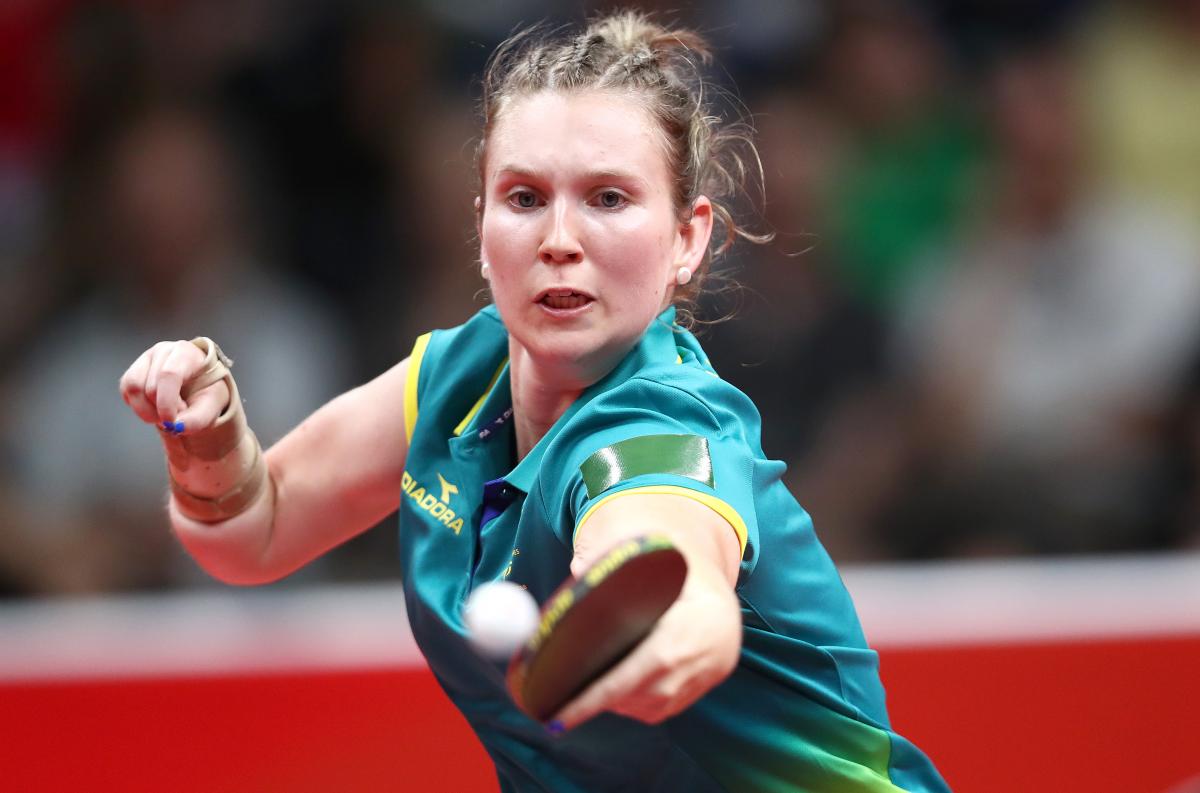 The Para table tennis competition at the Gold Coast 2018 Commonwealth Games will conclude on Saturday (14 April) with the men’s and women’s singles gold and bronze-medal matches.

Australian crowd will be hoping to celebrate through Melissa Tapper in the women’s T6-T10 final. The 28-year-old won all her three games to qualify for the semi-finals, where she beat compatriot Andrea McDonnell to advance into the gold medal match.

Tapper is well known for having made history at Rio 2016 by becoming the first Australian to compete in both Olympic and Paralympic Games.

Her rival will be Nigerian Faith Obazuaye, who has made it to the final without conceding a single game in her previous four matches, including in the semi-finals against English player Felicity Pickard.

McDonnell and Pickard will face-off in the bronze-medal match.

The men’s T6-T10 final will be an all-English showdown as Kim Daybell plays against Ross Wilson. Daybell had a tough time qualifying as he could only beat South Africa’s Theo Cogill 11-6 in a fifth decisive game in the semi-finals.

Wilson, on the other hand, qualified for the gold-medal match after beating Wales’ Joshua Stacey 3-1.

Cogill and Stacey will play the bronze-medal match.