Gold for Sweden, Slovenia and Iran in exhibition events on final day of Shooting World Champs 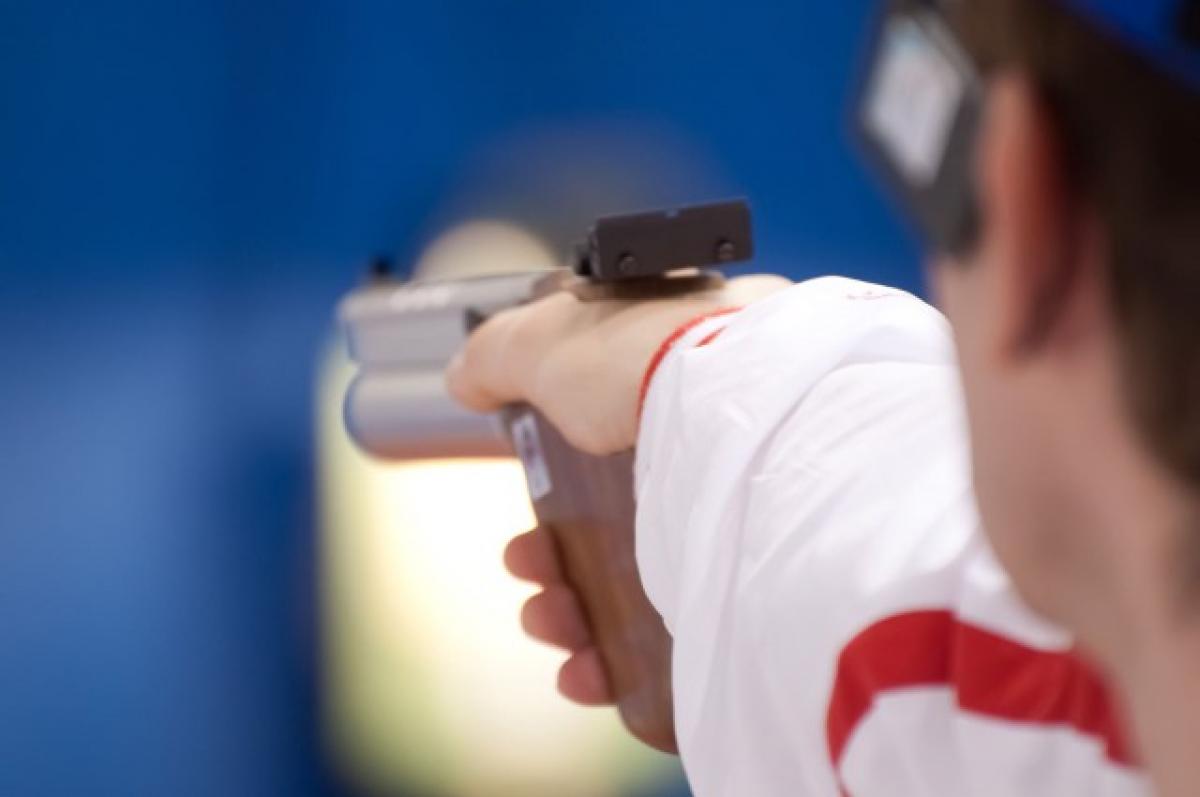 Poland will host the first event of the 2013 IPC Shooting World Cup from 17-20 April in Szczecin.

With all the official events out of the way, it was the turn of the falling target events as the 2014 IPC Shooting World Championships came to a close in Suhl, Germany on Saturday (26 July).

After the news yesterday that Sweden’s Jonas Jacobsson is considering retirement, it was the turn of his much younger compatriot Martin Hall to take gold in the Falling Target Rifle SH1.

Causing an upset in the process, Hall edged past Germany’s Kevin Zimmermann as he knocked down four targets to the German’s three to take a narrow victory.

Speaking after his victory, he said: “It feels very good, I am delighted. This event is a lot of fun for all the athletes.

“But in the final, I was very nervous and I could feel it. It was a difficult final that I wanted to win.

“This was only the second time I shot this event, so I am happy.”

The silver medal went to Zimmermann, ahead of Great Britain’s Karen Butler in bronze.

After a number of shoot-outs to decide ranking, Pevec took victory with an incredible final round, knocking down all five targets to finish with an impressive score of nine points.

“I feel great, absolutely wonderful,” she said, after the final.

“I just tried to focus on the target all the time and just repeat everything that my coach has said to me.”

Second place went to Poland’s Kazimierz Bysiek, whilst there was another medal for Slovenia as Gorazd Francek Tirsek took bronze.

He finished with a total score of five to claim top spot, ahead of Germany’s Frank Heitmeyer in silver and Ukraine’s Andriy Zakhvatayev in bronze.

It was Iran’s second gold of the competition, and Zamanishurabi was delighted, stating: “Naturally, I have a very good and happy feeling to win this gold medal.

“The world championships is always very competitive and difficult to win because most of the elite athletes are present at these championships, so I am delighted to win.

“I just kept a feeling of calmness and paid attention to all the advice of my coach and it was enough to win.”

The falling target events were staged as exhibition events at the 2014 IPC Shooting World Championships in Suhl. The medals won in these events do not count toward the medals table.

For more information, or to check the results, visit www.suhl2014.com.