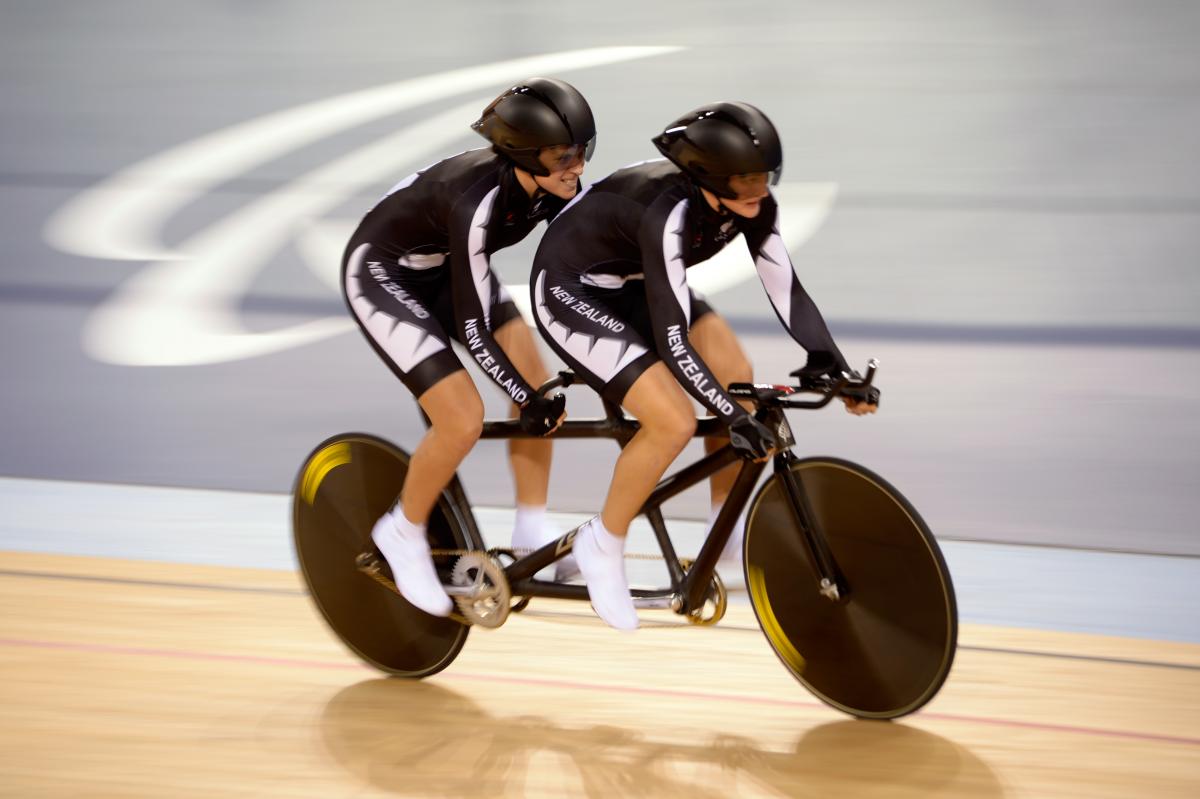 The event was run in conjunction with the 2015 Victoria Track Championships. Along with the New Zealand team, it attracted para-cyclists from Malaysia and Australia, as they chased qualifying points for the Rio 2016 Paralympic Games.

Brendon Cameron (PNZ Bike Head Performance Coach) said: “Melbourne was a great event to finish off a successful 2014 for the team. The hot, summer weather conditions made the indoor track lightning fast and we were able to set some good times and have the athletes show where they’re at form wise before going into a short Christmas break. The Tandem pairing of Phillipa Gray and Kylie Young (sighted pilot) stacked up some great performances beating out two of Australia’s leading tandems in all three disciplines to win Gold and record some good times in doing so.

“We also had Byron Raubenheimer racing in his first season after transferring from Para-Snowboarding. Following on from some good times last week racing in Invercargill he took advantage of the quick track and recorded a new Personal Best in the 4000m pursuit winning the final against his rival from Malaysia.

“This event provided a great opportunity to gain valuable UCI qualifying points less than two years out from the Rio 2016 Paralympic Games”.