Ireland’s Mark Rohan was one of the big winners in the handcycling competition on Day 9 of London 2012. 07 Sep 2012
Imagen 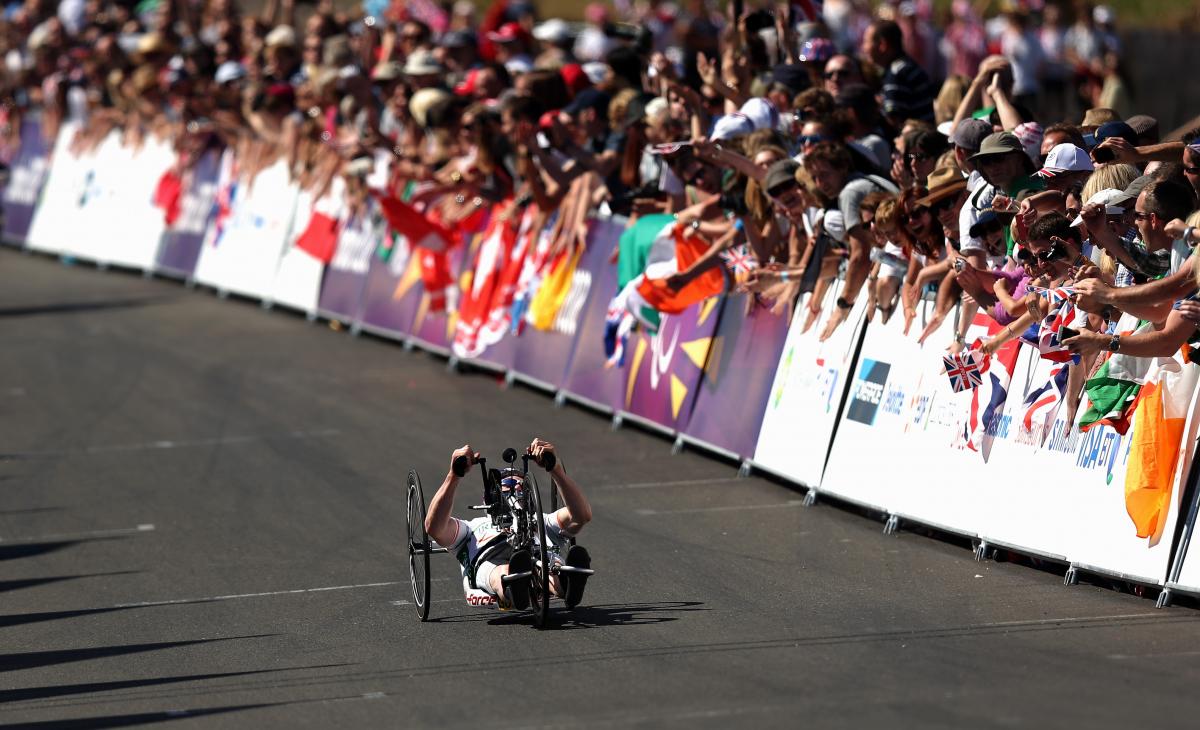 Six separate races were held throughout the day with the athletes covering distances of between 48km and 64km.

During the third day of the London 2012 cycling road competition, Brands Hatch saw the handbike specialists tackle the technical and hilly course in blazing sunshine.

Six separate races were held throughout the day with the athletes covering distances of between 48km and 64km.

For all of them except Ablinger, it was their second gold on the road after the time trials on the first day at Brands Hatch.

The Austrian athlete was silver medallist in the time trial.

The popular former Formula 1 pilot Zanardi, along with Irish sensation Rohan, were crowd favourties, and all the Paralympic champions confirmed that they are part of the world’s elite. But two other athletes, who did not finish the races, were victorious in their own right.

Elsewhere, Haiti’s Gaysli Leon (MH3) had to pull out after being lapped by the other riders. Leon sustained spinal cord injuries during the 2010 Haiti earthquake, which took the lives of his wife and eight children. Relatively new to the sport, Leon said he wanted to be an example of Paralympic values: inspiration, determination, courage and equality.

“I haven’t been training for long,” he said. “I will be a big example for disabled people in my country. Disabled doesn’t mean that you are useless. I feel very happy because I noticed that they (the British public) take me into their hearts... I feel like I am in a family.”

Burkina Faso’s flag bearer at the Opening Ceremony, Kadidia Nikiema (WH3) failed to finish the WH1-3 road race. To train for the Paralympics Nikiema, who lost the use of her legs after contracting polio at the age of four, had to share the team’s only hand-powered cycle with her teammate.

“Today I discovered that it’s hard in Africa,” she said. “We don’t have the means or equipment for training. It’s hard. We’ve been training for two months only, but some people train for four years. It’s a shame for Africa. I want to move forward. I want to fight for Rio.”