The French Para triathlete finished fourth last year and is hoping for a medal in 2017. 02 Jun 2017
Imagen 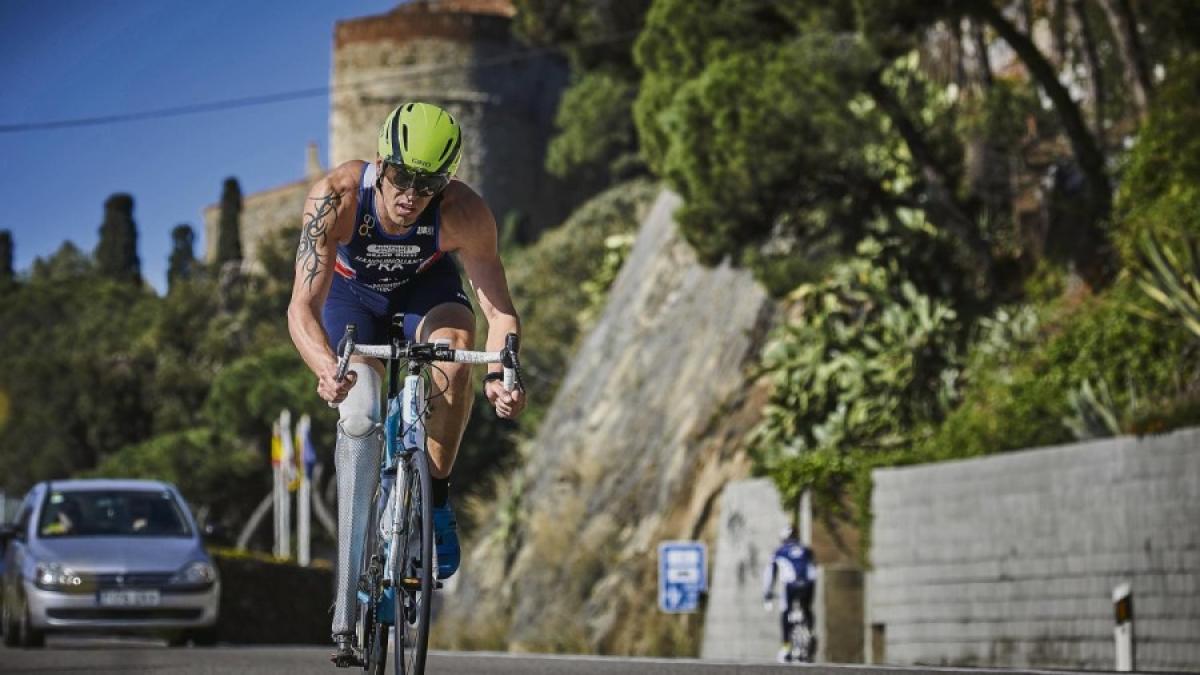 France’s Alexis Hanquinquant is hoping to continue his impressive start to his Para triathlon career on home soil when he competes in the season’s first International Triathlon Union (ITU) Para Triathlon World Cup on Sunday (4 June) in Besancon.

The 32-year-old only started competing in the sport last year after having his leg amputated in 2013 following a work accident.

“Before the accident I was already very sporty, I played basketball at a good level and was national champion in combat sport,” Hanquinquant said. “Unfortunately, after my accident, my sports and professional ambitions collapsed. I then challenged myself to become a champion in Para triathlon.”

Hanquinquant burst onto the international stage by winning the men’s PT4 open classification at last year’s World Championships in Rotterdam, the Netherlands. Those Championships were only his third international event after making his debut in Strathclyde, Great Britain, in June 2016.

Last year’s Besancon World Cup was only Hanquinquant’s second ever competition and he just missed out on a podium place. Twelve months later, he is targeting a medal in the PTS4 class, whilst he also is eyeing this month’s European Championships in Kitzbuhel, Austria.

“The European Championships [16-18 June] are my first real goal of the season,” Hanquinquant said. “The race in Besancon is good training with just 12 days to go before the Championships. My aim is to be on the podium in each of the two races.”

Hanquinquant has already claimed one victory in what is his first full season in Para triathlon. He won the opening race of the ITU World Para Triathlon Series in Gold Coast, Australia, in April, and he is hoping for a similar performance this weekend.

“I feel good at the moment,” Hanquinquant said. “The swim was my weakest event last summer, but I improved my swim fitness a lot during the winter. I had a good result in Australia and I hope to race the same way in Besancon.”

In the other events, Hanquinquant’s compatriot Ahmed Andaloussi will renew his rivalry with Germany’s Benjamin Lenatz in the men’s PTHC category. Andaloussi finished fourth in this event last year, finishing nearly a minute ahead of fifth-place Lenatz.

The difference between the pair was much closer in Gold Coast in April, with the French champion beating the German champion into third by 11 seconds.

In the women’s PTS2 category, France’s Elise Marc aims to defend her title from last year when she competes in an international event for the first time since finishing fifth in last year’s Paralympic Games.

Germany’s Max Gelhaar will go head-to-head with Denmark’s Havard Vatnhamar in the men’s PTS3 classification, whilst it will be a battle of the Germans in the women’s race, with Nora Hansel looking to improve on last year’s second place finish against her compatriot Maike Hausberger.

Ireland’s Caroline O’Leary will compete against Denmark’s Marianne Huche for the women’s PTS4 title. Russia’s Alexandr Ialchik* and France’s Gwladys Lemoussu will both be hoping to go one better than last year after finishing second in their respective PTS5 categories in 2016.

In the men’s PTVI classification, Ukraine’s world silver medallist Vasyl Zakrevskyi will be hoping to repeat his 2015 victory in Besancon, whilst Italian champion Manuel Marson will be looking to improve on his second place in 2016.

The Para triathlon World Cup in Besancon can be followed with the hashtags #paratri and #paratriathlon on Twitter and Facebook.