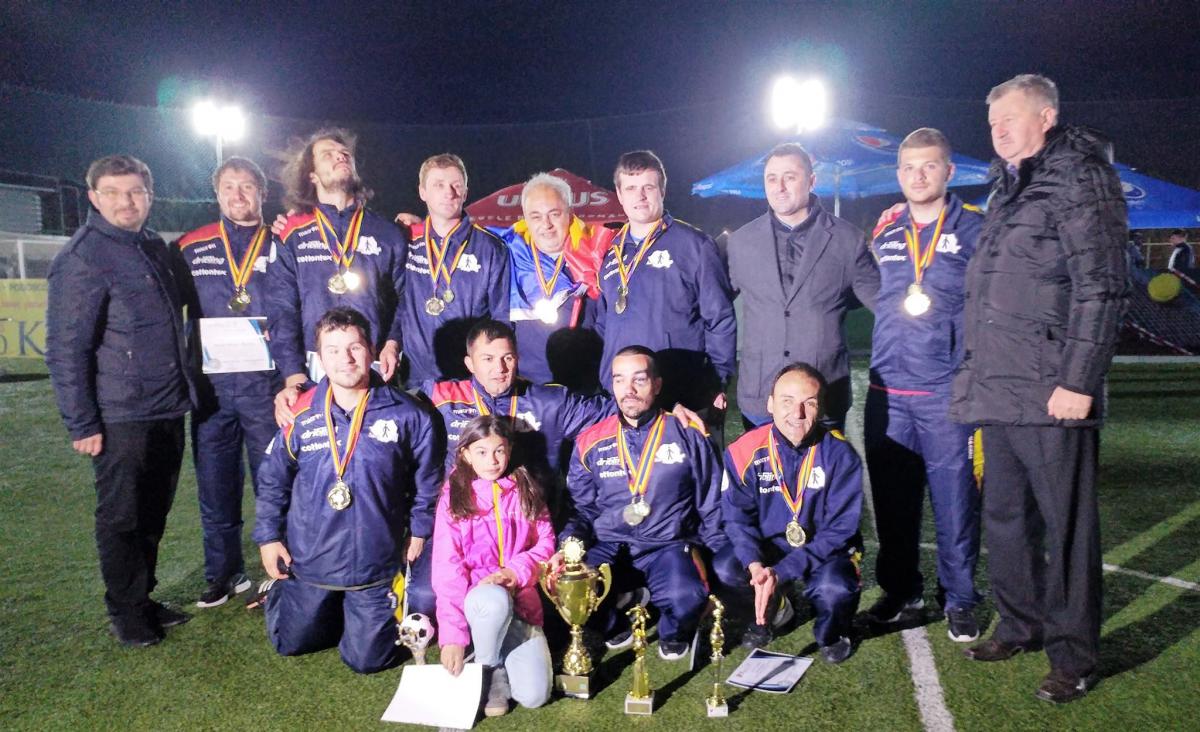 Romania celebrated a title on home soil as they defeated Georgia 1-0 with a goal by Botez in the final of the International Blind Sports Federation (IBSA) Football 5-a-side European Qualifier and Division 2 Championships in Bacau, on 9 April.

Both the champions and the runners-up qualified for the IBSA Blind Football European Championships in Berlin, Germany, from 17-27 August.

In their opening game, Romania beat international debutants Ireland 2-0. The hosts were later on the end of a 5-0 hammering by Georgia but quickly bounced back achieving a 6-0 victory over Albania to qualify for the knock-out stage.

In the semi-finals, Romania beat Czech Republic 4-1, whilst Georgia defeated Greece 1-0 in a penalty shootout following a scoreless draw.

This was Romania’s second major title after winning the IBSA Euro Challenge in Thessaloniki, Greece, in 2016. Currently ranked world No.34 they are expected to rise up the rankings following this title win.

A 5-2 win over Czech Republic gave Greece the third place, whilst Albania achieved their first international victory ever, a 1-0 win over Ireland, to finish fifth. Moldova ended seventh.