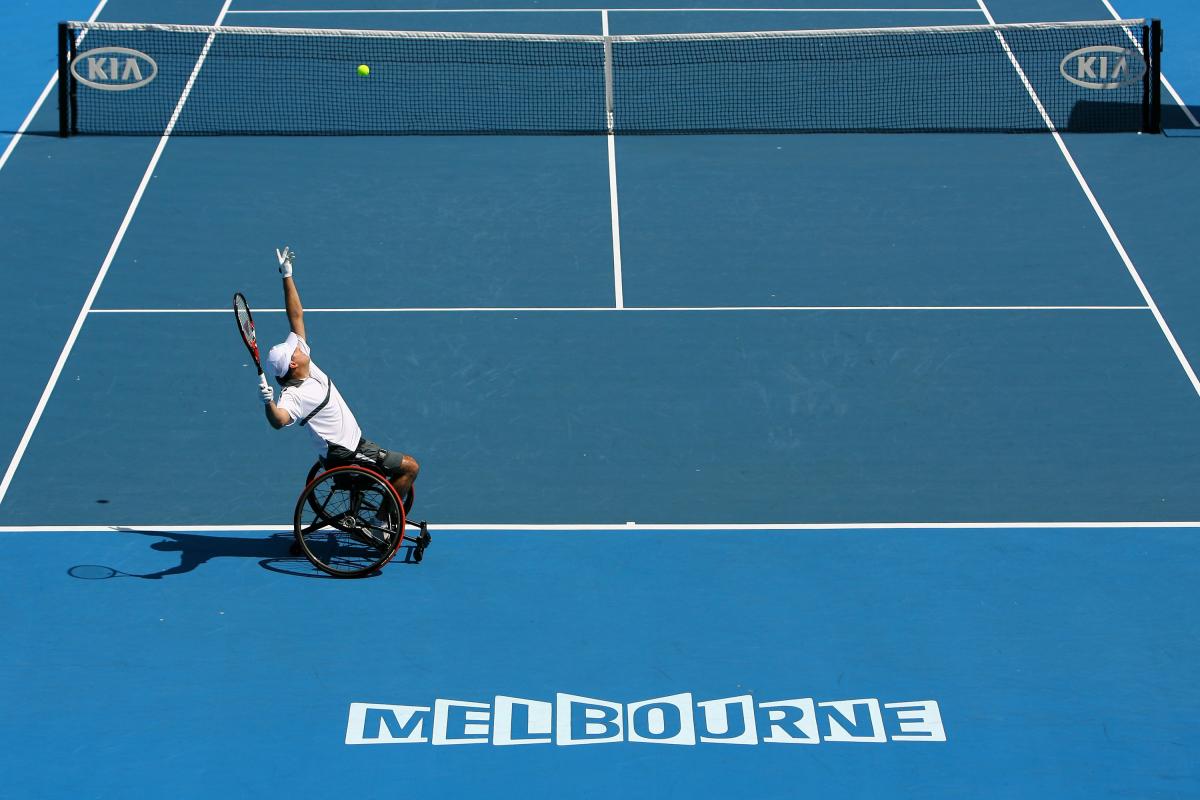 France’s Stephane Houdet and the Netherlands’ Esther Vergeer won the singles titles at the NEC Wheelchair Tennis Masters this past weekend in Mechelen, Belgium.

“It is a very special day for me, as I have Spanish friends in the crowd and one young lady who helped save my life after my (motorbike) accident,” Houdet said. “Also, friends from the French club I play for rang me yesterday and said they were coming to watch the final, so I am very happy I could win in front of all of them.”

World No. 1, the Netherlands’ Esther Vergeer, dominated in the early exchanges against teammate Aniek van Koot in the women’s final and cruised to a 6-1, 6-2 victory to win her 14th event title and her 434th consecutive match.

“After winning fourteen NEC Masters titles I really feel like this is my tournament as I’ve won it so many times in the Netherlands, so (I’m) very happy to win the first one here in Belgium,” Vergeer said.