Houdet survives scare in his US Open title defence 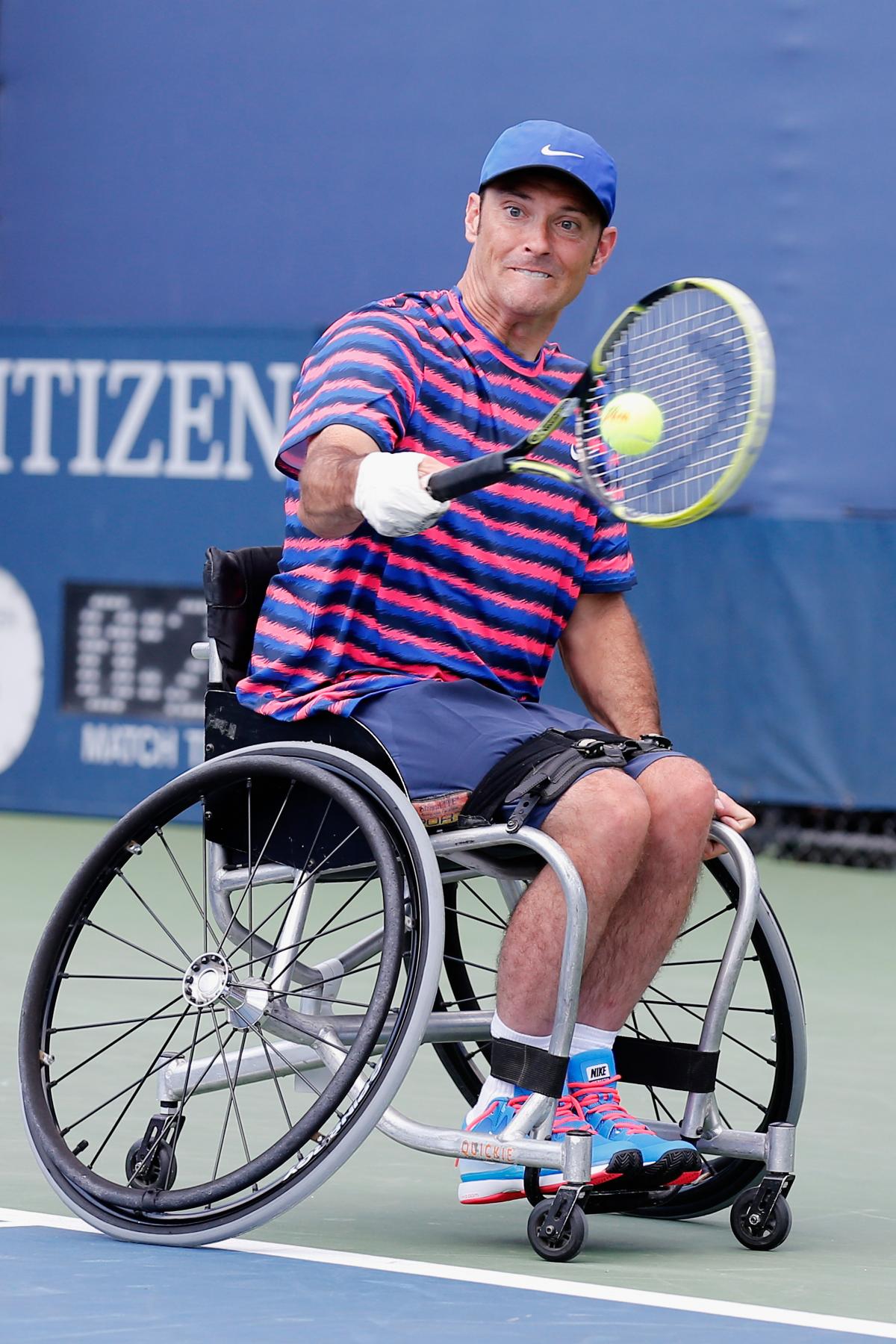 French wheelchair tennis player Stephane Houdet survived an almighty scare in the first round of his US Open defence on Thursday (4 September), whilst there were also wins for Japan’s two world numbers ones and a defeat for world number one quad player David Wagner.

In his match with Belgium’s Joachim Gerard, Houdet lost the first set and was taken to a tie-break in the second. The 43-year-old edged it 7-5 to set up a thrilling finale.

Despite being a break down late in the third set, the No.2 seed rattled off four consecutive games to win the match 3-6, 7-6, 7-5.

Japan’s world No.1 Shingo Kunieda had few problems progressing to the semi-finals. The 30-year-old produced a tournament high 23 winners en-route to a 6-1, 6-1 win over France’s two-time US Open doubles champion Michael Jeremiasz.

Kunieda will now face Nicholas Peifer, another Frenchman, after he beat the Netherlands’ Maikel Scheffers 2-6, 6-1,6-1.

Kamiji will now face the Netherlands’ Jiske Griggioen, a 6-1, 6-1 winner over Germany’s Sabine Ellerbrock, in the semi-finals.

The Netherlands’ defending champion Aniek Van Koot, the No.2 seed, also advanced to the semis with a 6-2, 6-0 victory over South Africa’s Kgothatso Montjane.

She will face compatriot Marjolein Buis after she beat Great Britain’s Jordanne Whiley 6-1, 6-4.

In addition to the semi-finals taking place on Friday, the men’s and women’s doubles competitions will also begin.

Four players are contesting the quad singles at Flushing Meadows.

The opening match was a rematch of the 2013 final and again South Africa’s defending champion Lucas Sithole was the victor 7-5, 2-6, 6-3 over the USA’s world No.1 David Wagner.

The Southern Californian kept cool after dropping the first set to Sithole, 27, with a very strong second set in which he converted all three break-point opportunities. In the deciding stanza, Sithole himself broke three times and took advantage of Wagner’s second serve, which he struggled to earn points with.

The round-robin nature of the quad draw means that Wagner remains alive, but it put added pressure on the 40-year-old to win on Friday against his fellow American and long-time doubles partner, Nick Taylor. Taylor, playing against world No. 3 Andy Lapthorne, fell in straight sets, 6-4, 6-3. The loser of Friday morning’s match on Court 4 will be all but eliminated from title contention: as only the top two records advance to Sunday’s final.

For all the latest results please visit the US Open website.