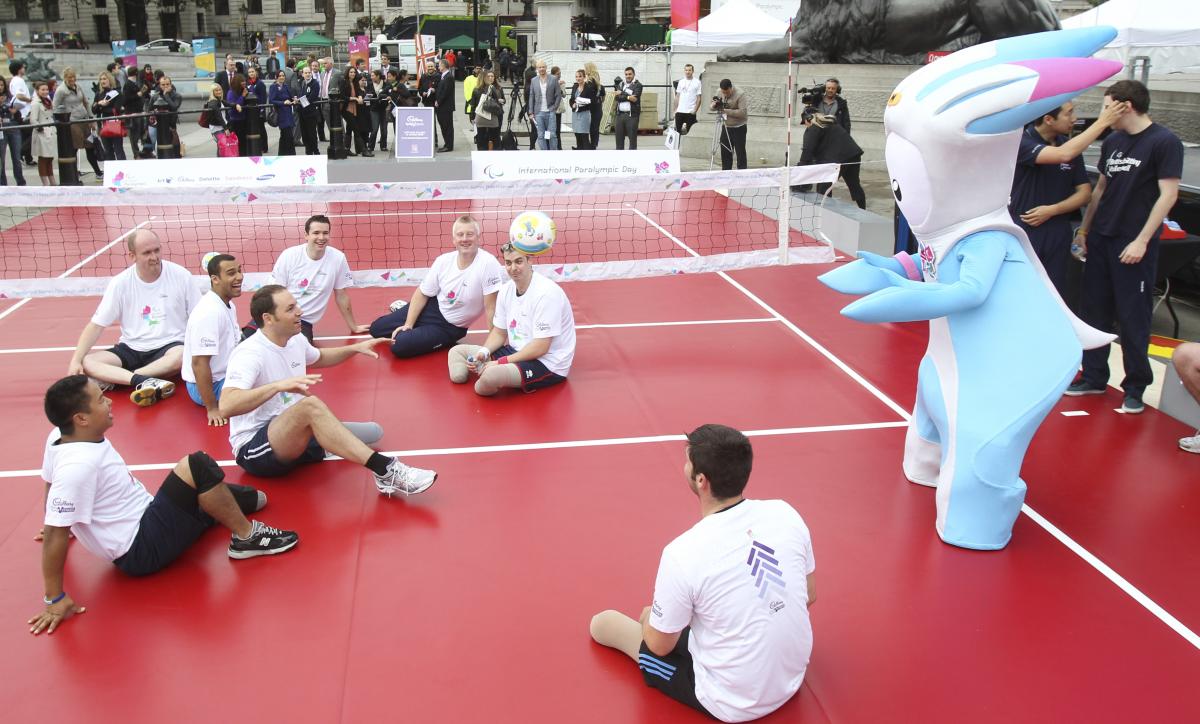 Nearly 100 British and international athletes in attendance for a jam packed programme.

From 7:30 am to 8 pm today (Thursday 8 September) the British public will have the chance to get a taste of the London 2012 Paralympic Games. To mark International Paralympic Day, Trafalgar Square in London will be turned into a celebration of Paralympic Sport.

With tickets going on sale on Friday 9 September for the London 2012 Paralympic Games, International Paralympic Day is showcasing the 20 sports featured at the Games, with demonstrations in Wheelchair Basketball, Powerlifting, Wheelchair Rugby, Rowing, Table Tennis and many more. Demonstrations are taking place at regular intervals throughout the day on the North Terrace Track, Wheelchair Court and Sitting Volleyball Court.

Nearly 100 British and international athletes will be in attendance for a jam packed programme, including:

• Two of the world’s fastest women going head-to-head in a 50m sprint on a purpose- built track in front of the National Gallery at 13:25 local time. The USA’s April Holmes, the defending 100m T44 Paralympic champion, is to race against France’s world champion Marie-Amelie Le Fur.

“All the activities that take place between now and next year’s Closing Ceremony will raise interest levels in the Paralympic Movement to a new high,” said IPC President Sir Philip Craven.

There is also the chance to meet and greet top Paralympic stars from Great Britain, including rower Sam Scowen and swimmers Ellie Simmonds and Sascha Kindred.

Those in attendance can visit BT’s Road to 2012 exhibition at the National Portrait Gallery. This Cultural Olympiad project features stunning photographic portraits of British Paralympic athletes alongside those of Olympic athletes and people who are working behind the scenes to make the Games a success.

To complete a week of spectacular Paralympic activity, on Saturday (10 September), Sainsbury's will be hosting Sainsbury's Super Saturday on Clapham Common. The day will feature demonstrations of Paralympic Sport and live music from top British acts including Pixie Lott, The Saturdays and Olly Murs. All profits from the event will go to the Paralympic Legacy Fund, set up in conjunction with ParalympicsGB.

Tickets for London 2012 will go on sale on Friday (9 September), with applications open until 26 September. In total, approximately two million tickets will go on sale and already more than one million people have registered their interest online. More than half of the tickets on sale will be priced at £10 or less and 75 percent at £20 or less.

Sports fans who want to come and experience the unique passion, drama and emotion of the Paralympic Games are able to sign up and register their interest for tickets before they go on sale at www.tickets.london2012.com.