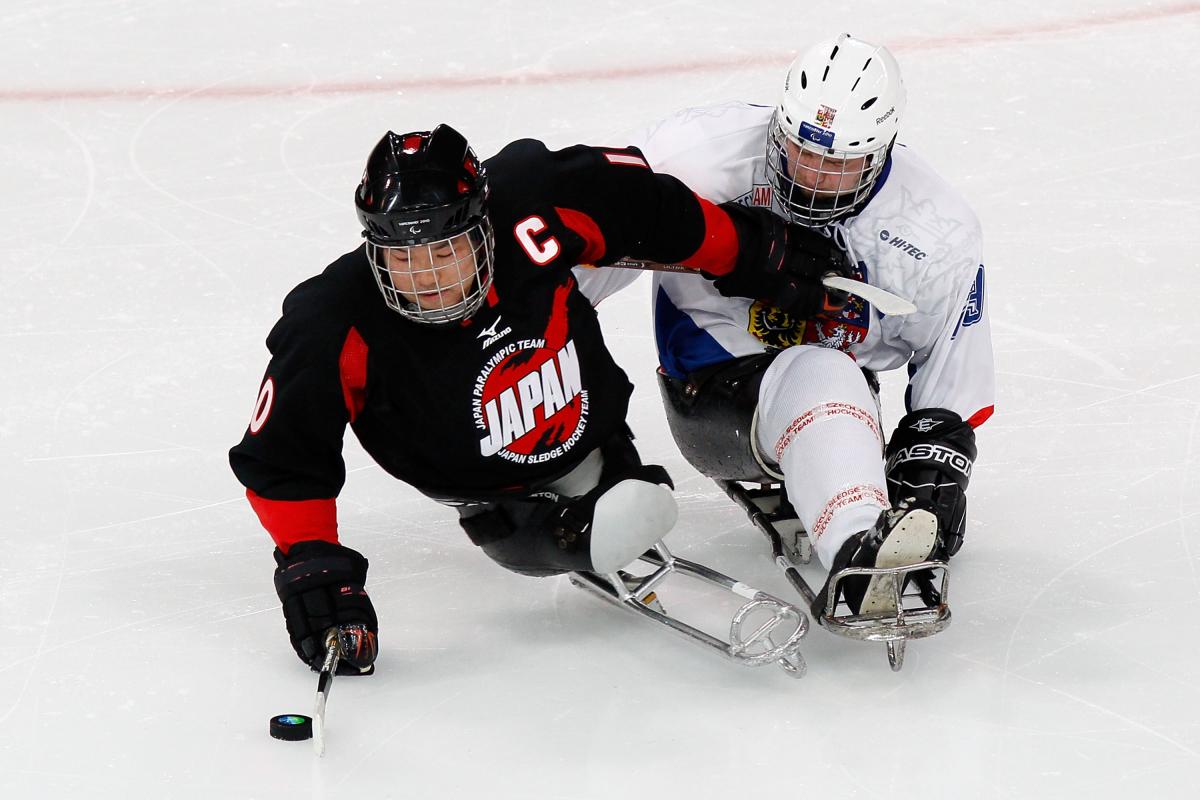 “It is a big honour to win this award.”

The Japanese Ice Sledge Hockey team was not expected to win silver at the Vancouver 2010 Paralympic Winter Games.

In fact, the squad was not expected to medal at all.

Thus, Japan’s surprise performance on the international stage was more than enough to garner itself the Best Team title for the International Paralympic Committee’s (IPC) 2011 Paralympic Sport Awards.

The award, proudly partnered by Allianz, was presented to head coach Kojin Nakakita on behalf of the entire team during the Paralympic Awards Gala on 10 December in the Intercontinental Hotel ballroom in Beijing, China.

“It is a big honour to win this award,” said defenseman Takayuki Endo, who was astonished to find out his team won.

Japan made the finals at Vancouver 2010 after shocking host nation and favourite Canada, 3-1, in the semi-finals. Although Japan eventually fell to USA in the finals, its performance in Vancouver was exceptional for a nation that fielded a Paralympic Games team for the first time in just 1998.

As captain, Endo led the team with four scores, an assist and 20 shots on goal in five games, while forward Daisuke Uehara anchored a strong front line with two scores, three assists and 11 shots on goal. Mitsuru Nagase took care of the net, allowing just nine total goals and racking up 62 saves.

Keep in mind that only about 50 people in Japan – which has a population of 127 million – play Ice Sledge Hockey. Then compare that to a country such as Canada that fields nearly 1,000 players from a population of about 34.4 million.

Now that Japan has earned its spot toward the top of the food chain in the Ice Sledge Hockey world, it is continuing to enter more and more international tournaments alongside perennial contenders Canada, USA and Norway.

“It is good to enter competitions against them,” Japan forward Yoshikawa Mamoru said. “It is good to build the team up for the future.”