The three-time football-5 Paralympic gold medallist said the venue, Rio 2016’s main infrastructural legacy, is “one of the world’s best of its kind.” 12 May 2017
Imagen 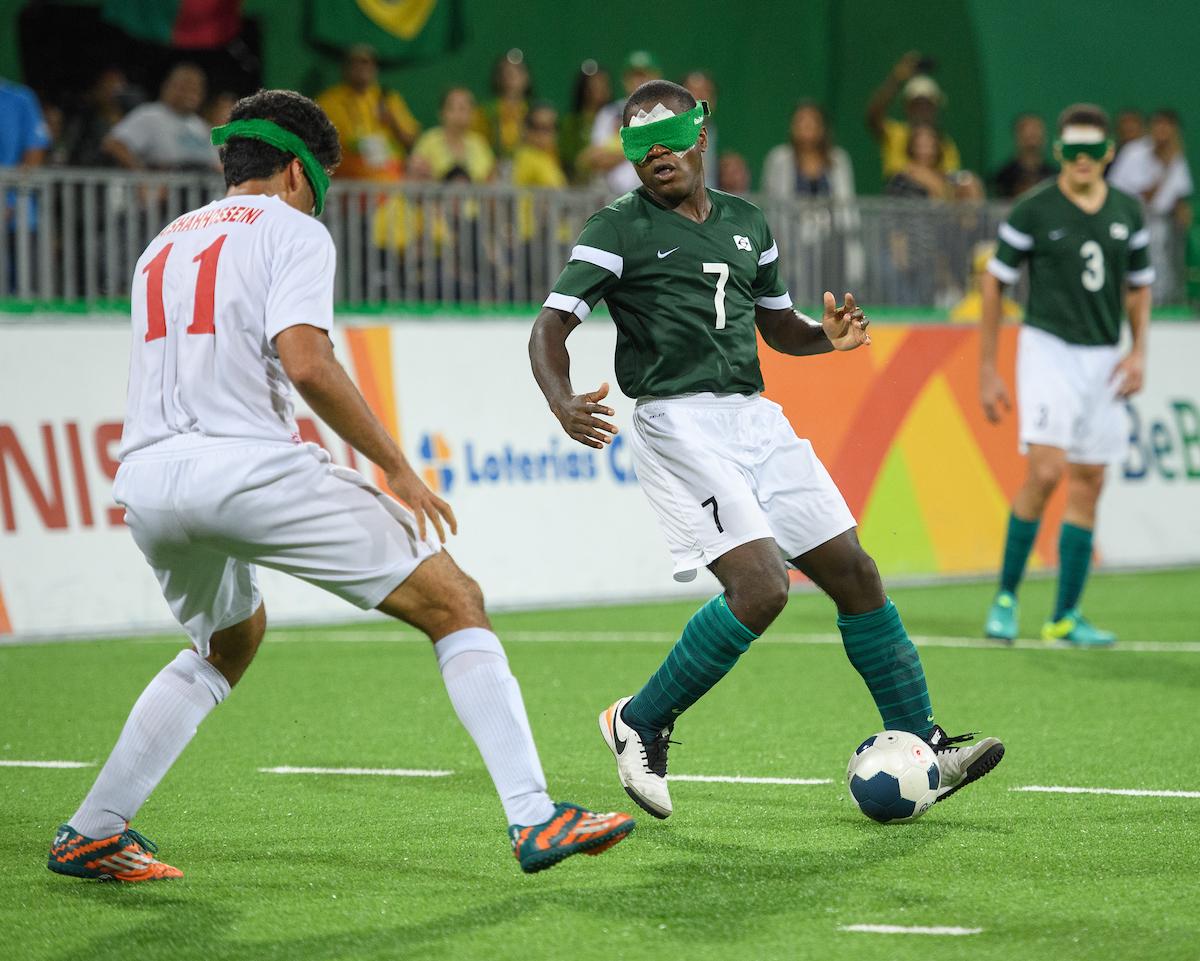 ⒸOlympic Information Services OIS.
By Rafael Mendoza | For the IPC

Brazil’s blind football star Jefinho, considered by many as the world’s best player, praised the Brazilian Paralympic Training Centre as “the biggest legacy of the Rio 2016 Games and one of the world’s best of its kind.”

“Not just for blind football players but for all athletes from the different sports, this is everything we need to enhance our performances, be the best we can and win even more titles at the next competitions,” he said.

“Our responsibility as athletes is to continue working hard and improving in order to raise awareness of Para sports and see more people getting involved with it.”

Football 5-a-side is undergoing a steady growth, with more countries starting to develop the sport and many of them reaching top places at major events.

“Our sport is getting a lot of attention not just in Brazil but across the globe,” said Jefinho. “Take China for example. After winning silver at Beijing 2008, they have not stopped improving and are one of the powerhouses.

“Iran sprang a surprise last year, defeating Argentina in the semi-finals. And then you have Morocco, which was the first African team to reach a Paralympics, and strong European teams such as France, Turkey and Spain.

“Overall, I am so proud of how blind sports are developing. There is no secret for success. It is about working hard and having a strong structure that begins in the Paralympic Committee and ends with the players.”

Although eight months have already passed since the Closing Ceremony of Rio 2016, those Paralympics are and will remain very vivid in Jefinho’s memory.

The striker was fundamental in helping Brazil take a fourth consecutive gold, especially by scoring two outstanding goals in the semi-finals to beat China 2-1.

“Yes, we ended up winning gold. But we need to keep improving or our rivals will eventually catch up,” he said.

“We will never forget Rio 2016. These Games were proof of how much Paralympic sports are growing around the world. They gave me and many people in Brazil hope that the country can get better and also become more accessible for people with impairment,” he said.