Jezek will try to better his four-medal haul from Beijing, where he won gold in both the 4km Pursuit and Time Trial and silver in the 1km and Team Sprint. 02 Sep 2012
Imagen 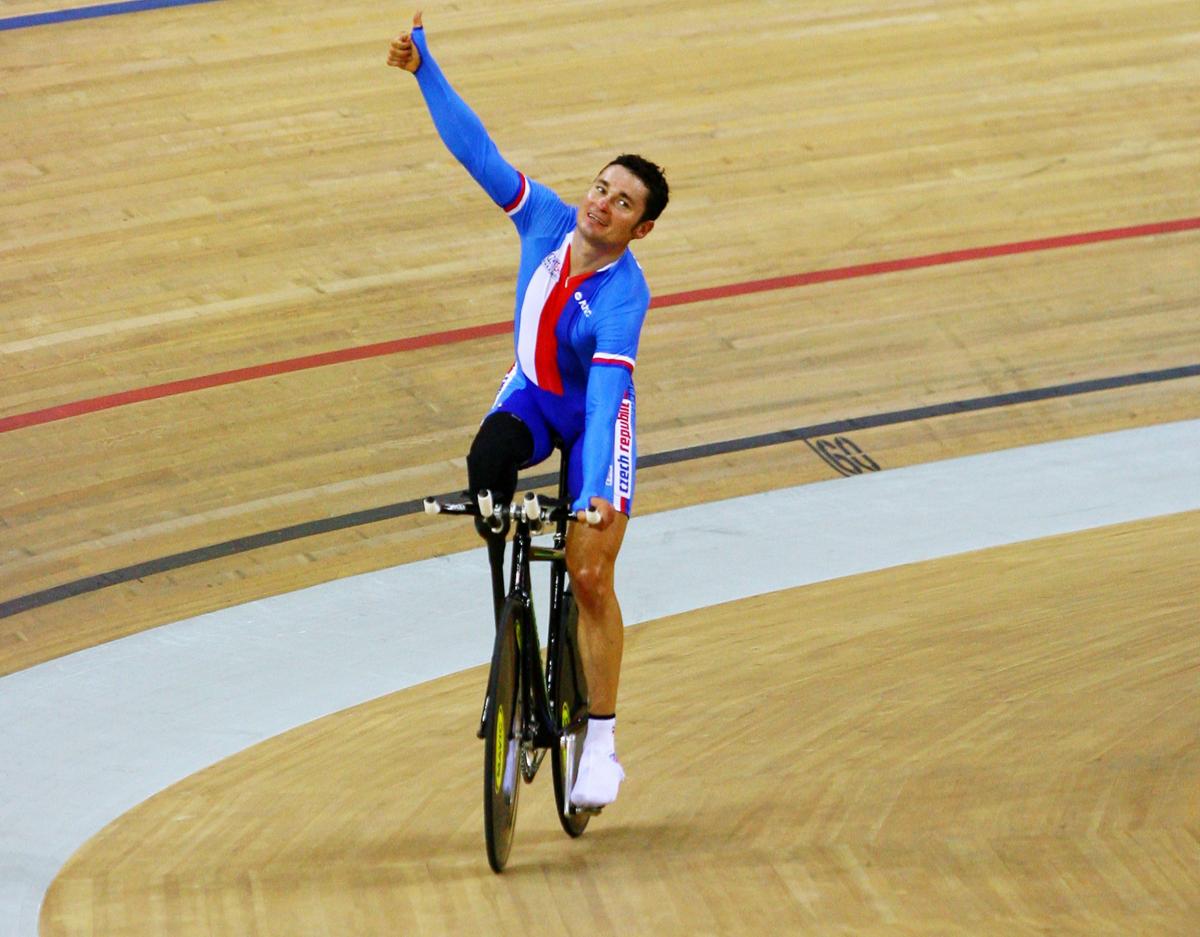 “There are a lot of successful para-cyclists; we just try to increase the coverage of para-cycling. The more that it becomes known in each country, the better.”

Czech para-cyclist Jiri Jezek believes he has what it takes to retain the 4km pursuit C4 gold medal that he won in Beijing four years ago.

The 37-year-old has won medals at each of the last three Paralympic Summer Games, cementing himself as a superstar on both the Czech and international stage.

In his first event of the London 2012 Paralympic Games, Jezek finished 10th in the 1km Time Trial, but admits that his focus is elsewhere.

“It’s hard to say that you use a Paralympic race as a warm-up, but I treated the 1km Time Trial as a warm-up race and to get an idea of what the atmosphere is going to be like tomorrow,” he said.

“I am focusing on the 4km Pursuit as it is my strongest event and I used today to practise for that.”

In London, Jezek will try to better his four-medal haul from Beijing, where he won gold in both the 4km Pursuit and Time Trial and silver in the 1km and Team Sprint as the captain of the Czech team.

Jezek secured a clean sweep of the top events in 2011. He defended his UCI Para-Cycling Track world title in March, finished top of the standings in the UCI World Cup and took home the crown at the UCI Para-Cycling Road World Championships in September.

Despite nine other cyclists posting faster times than the Czech, Jezek was satisfied with his ride on Friday (31 August).

“This [1km Time Trial] isn't the discipline that I was training for, but I am very happy with my performance, it was much better than I expected,” Jezek added.

“I'm not disappointed. I just wanted to enjoy the atmosphere here at the Games."

“Every Games has a crowd like this, but this atmosphere was brilliant. It's exciting for every athlete to perform in front of a big crowd and it's very good for para-cycling.”

“A lot of people in Great Britain know about cycling, so it's much better than previous Games,” Jezek said.

“I was here yesterday to watch the races, and it’s great to see a full house here to watch. It’s really brilliant to see how many people are interested in the cycling.”

Should Jezek win two medals in his remaining 4 disciplines at London 2012, he would become the most successful Paralympic cyclist ever, overtaking Great Britain’s Darren Kenny and Australia’s Christopher Scott.

“I'm not interested in being the greatest para-cyclist, so I'm not thinking about that record,” he said.

“I don't feel that I am the best. There are a lot of successful para-cyclists; we just try to increase the coverage of para-cycling. The more that it becomes known in each country, the better."

With more than a decade of Paralympic Games experience, Jezek will be hoping to make it four consecutive Games in which he has found himself on the podium.