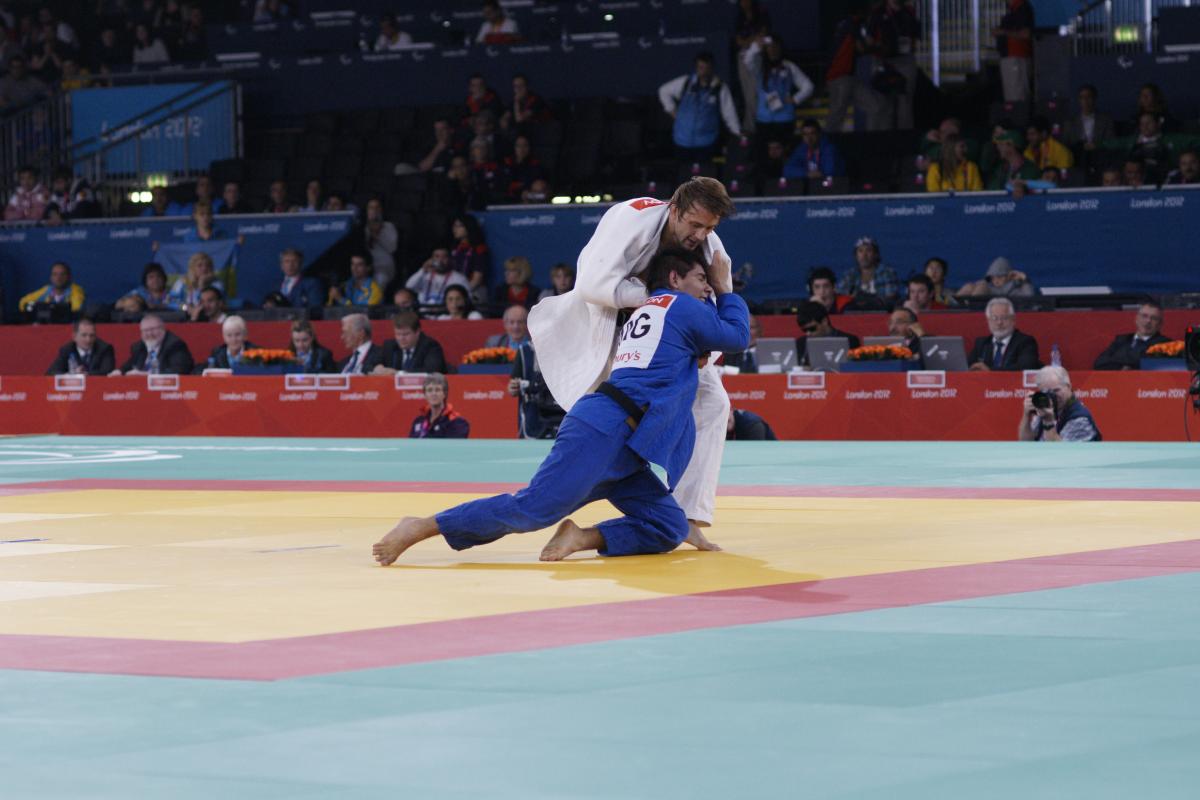 The 25-year-old judoka lost to Ukraine´s Olexandr Kosinov in the men´s up to 81kg four years ago, and has since then suffered some minor but recurring injuries which kept him from reaching his best possible shape.

But Effron has overcome these setbacks and feels ready to shine on Rio´s tatami.

“I am seven or eight points out of ten,” he said.

“I wanted to be better so close to the Opening Ceremony of Rio 2016, but some injuries have held me back in my preparations.

“However, the mental aspect is very important as well and I feel ready to give my best when the day of the competition comes.”

Effron admits that not every Para athlete can win a Paralympic medal, but still does not feel fulfilled after winning silver at London 2012.

“I finished second four years ago, but as a high-performance athlete you cannot be content with what you already achieved but need to set new higher goals,” he said.

“In Rio, I will try to win gold, always with humility and giving all my best. Hopefully, everything will go well.

“Every day I dream and think of becoming Paralympic champion. I never lose the motivation for achieving more things and outdoing myself.

“I look up to Argentina´s Rio 2016 Olympic judo gold medallist Paula Pareto because she showed to us all that everything is possible.”

Last June, Effron claimed silver at the Great Britain Visually Impaired Grand Prix, which helped him boost his confidence ahead of the Paralympics.

“That was a litmus test for me because I really wanted to test myself against some of the world´s best judokas,” he said.

“I feel satisfied with my performance, although I lost the final to France´s Jonard Cyril due to an injury. But it proved me I can achieve my Paralympic goals and must stay faithful.”

Apart from world No.1 Kosinov and Cyril, Mexico´s Beijing 2008 champion Eduardo Avila Sanchez will be another of Effron´s strongest opponents.

“They are all very talented judokas. I lost to Avila Sanchez in the Toronto 2015 Parapan American Games final, which was a very special event for me because I performed really well and could beat Cuba´s London 2012 bronze medallist Isao Cruz in the semi-final,” said Effron.

“Judo has grown a lot, with younger and more talented judokas rising, and is much more difficult to win now that it was four years ago. I cannot stick with my performance in London but have to keep improving every day.”

There are many people who have helped Effron on his road to Rio 2016.

“Without my family, my doctors, my coaches, my physical trainer and my physical therapist, I would not be here today,” he said.

“For them and for my country, I want to win gold in Rio. But above all, I want to inspire other people to take up sports and raise awareness of Paralympic sports in Argentina.”