Judo titles at stake on last day of competition

The third and final day of the Paralympic judo competition sees the return of the four-times champion Antonio Tenorio. 01 Sep 2012
Imagen 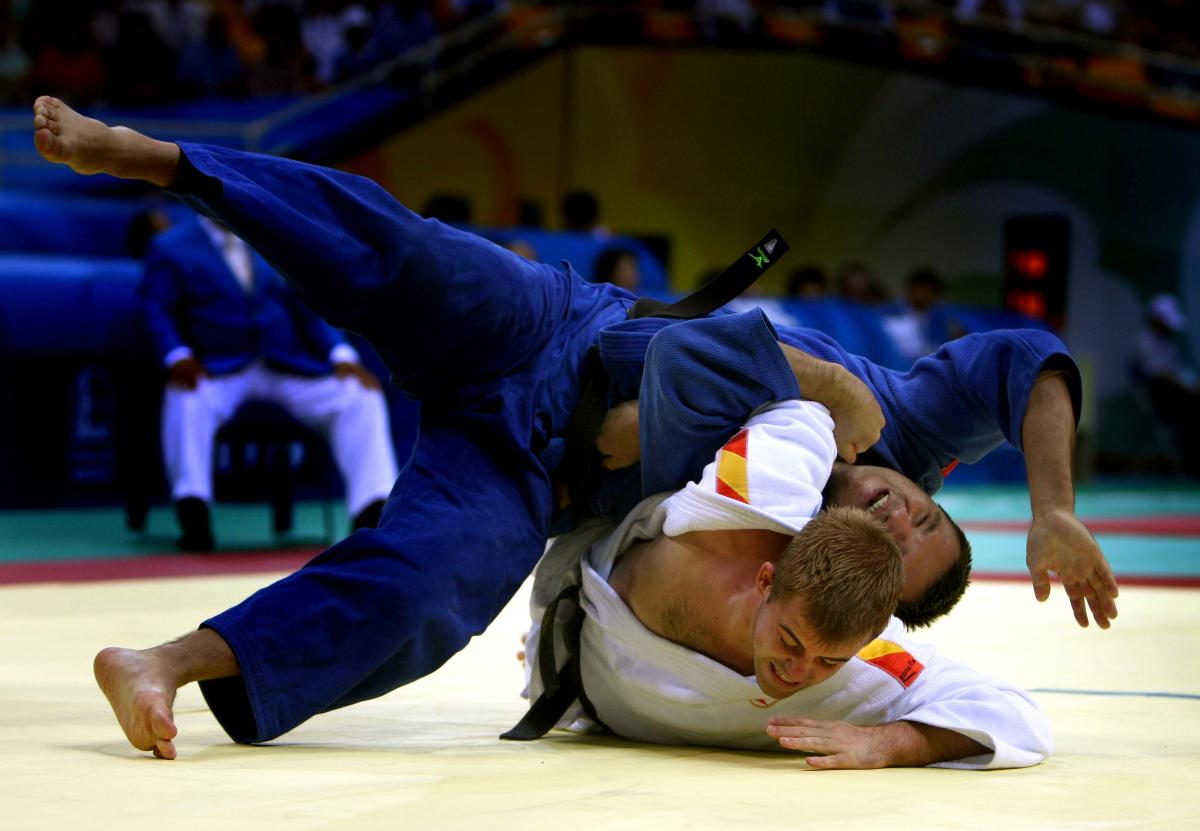 BEIJING - SEPTEMBER 09: Oleg Kretsul of Russia (Blue) competes in the Judo -90 kg match against Abel Vazquez of Spain at the Beijing Workers' Gymnasium during day 3 of the Paralympic games on September 9, 2008 in Bejing, China (Photo by Jamie McDonald/Getty Images)

Spanish Maria del Carmen Herrera Gomez will defend her title and her first -70kg contest is against the women she beat in Beijing for her last Paralympic gold medal, Lenia Ruvalcaba of Mexico.

Could the four-time Paralympic champion be the only judoka to successful defend their title at the London 2012 Paralympics?

The third and final day of the Paralympic judo competition sees the return of a legendary Paralympian, Antonio Tenorio, and he knows exactly how to defend his title. The Brazilian has won judo gold at every Paralympic Games since the Atlanta 1996 Paralympics.

Tenorio won his first and second gold medals in the -86kg and -90kg divisions respectively, but since those wins has remained in the -100kg category. Tenorio’s winning form is not just restricted to the Paralympics, he also recently won gold at the 2011 Parapan American Games, before that winning gold on home soil at the Rio de Janeiro 2007 Parapan American Games.

Like Tenorio, the Spanish Maria del Carmen Herrera Gomez knows how to defend her title. She won gold medals at both the Beijing and Athens Paralympic Games. Herrera Gomez has had a visual impairment since birth and says that her sport gives her self-esteem and helps her to set goals to overcome. Her first -70kg contest is against the women she beat in Beijing for her last Paralympic gold medal, Lenia Ruvalcaba of Mexico.

Oleg Kretsul of Russia is also back to defend his -90kg title from the Beijing 2008 Paralympic Games. Kretsul made his Paralympic Games debut at the Athens 2004 Paralympics winning silver, just seven years after he lost his eyesight.

China’s Yuan Yanping is also returning to defend the gold medal she won on home soil at the Beijing 2008 Paralympic Games. The fight for the women’s +70kg title will be a hard fought one as she meets the Algerian Zoubida Bouazoug who won the bronze in 2008, and she could also potentially meet the silver medallist from the Beijing Paralympic Games in her second contest, Deanne Silva de Almeida.

Azerbaijan also has a strong medal chance with Ilham Zakiyev in the +100kg division. The London 2012 Paralympic Games will be his second defence of his title having won it for the first time at the Athens 2004 Paralympics. Zakiyev’s first contest will come against Gaydar Gaydarov of Russia who is making his Paralympic debut at London 2012.

The final day of judo competition features many previous medallists from games as far back as Atlanta 1996, but what has been shown in the first two days of competition is that those making their debut should never be written off. 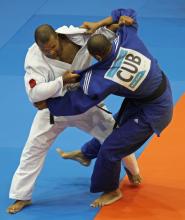 Antonio Tenorio is one to watch on the Judo mat at London 2012.