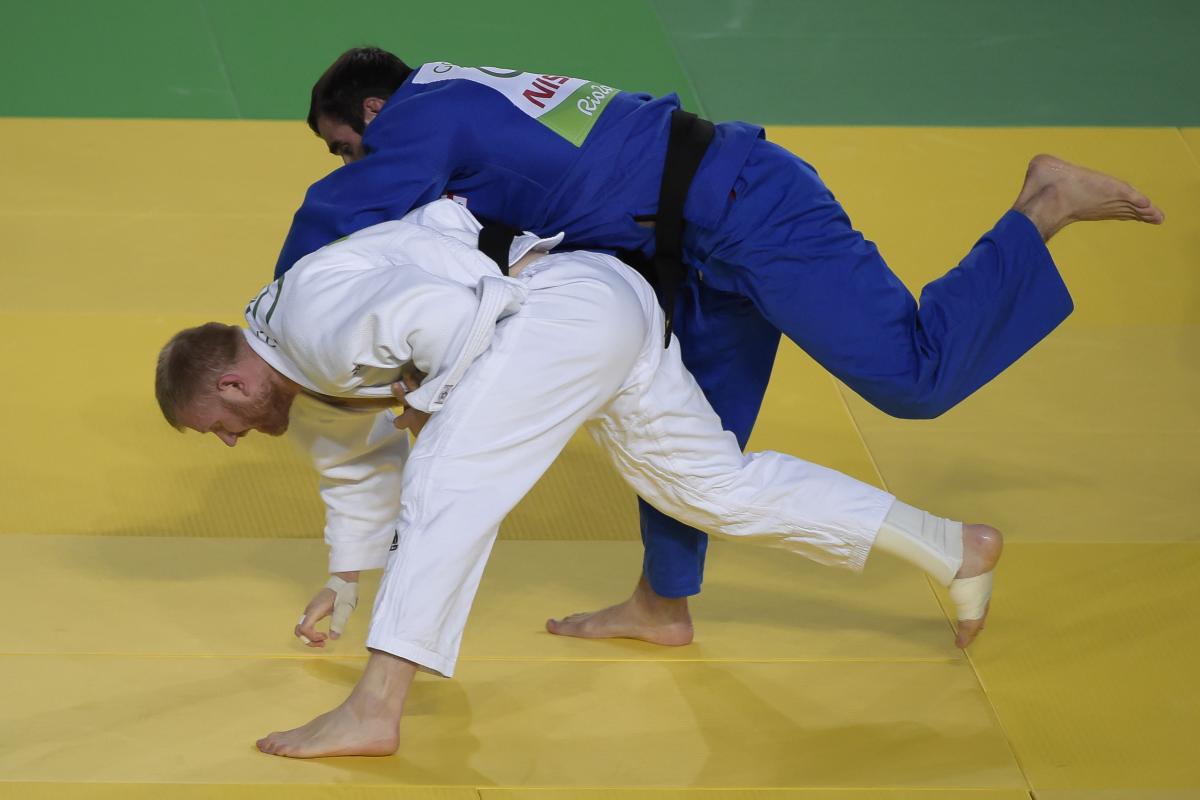 The final World Cup before the 2018 International Blind Sports Federation (IBSA) Judo World Championships is set to get underway in Atyrau, Kazakhstan, on Sunday (9 September).

Around 120 judoka from 22 countries will gather with just over two months to go until the Worlds in Odivelas, Portugal, from 16-18 November.

As well as Odivelas 2018 the trio are preparing for a busy end to the year.

“This autumn is very rich for events,” Sariyev, who could face Algerian world champion Noura Mouloud in the men’s up to 60kg in Atyrau, said. “The first and the most exciting one is the IBSA Judo World Cup in Kazakhstan. In October we are going to participate in the Asian Para Games in Jakarta [Indonesia] and the last is the World Championships in Portugal. I hope to be in a perfect physical shape and do my best in these events. I wish all judokas fair and good competitions.”

Turumbetov claimed silver in the men’s up to 66kg at the 2017 IBSA Judo Asian and Oceanian Championships in Tashkent, Uzbekistan.

“I am one of the oldest judoka in our team and I have to set a good example for young judokas,” he said. “We will do our best to win medals in our land.”

Daulet also finished on the podium at Tashkent 2017, winning bronze in the men’s up to 73kg. He is looking forward to competing at the first World Cup in his country.

“First of all I would like to thank IBSA and NPC [National Paralympic Committee] Kazakhstan for this event. It is the first IBSA event in Kazakhstan and I am very excited. Atyrau is my homeland so I hope to show a perfect judo and get qualification points. During this year we had three fruitful training camps with our national judo team and now we are all motivated.”

A strong group of athletes from other countries also highlight the entries.

Paralympic champion Zviad Gogotchuri will be hoping to build on a successful transition to the men’s up to 100kg from the up to 90kg where he won gold at Rio 2016. The Georgian picked up a win at the first IBSA Judo World Cup of the year in Antalya, Turkey, in April.

Brazil’s Antonio Tenorio, the silver medallist from the last Paralympics, will also compete in the up to 100kg.

France’s up to 52kg Paralympic champion Sandrine Martinet returns to the mat, searching for success this time in the women’s up to 48kg.

Inna Cherniak, Ukraine’s up to 57kg world title holder and Paralympic gold medallist, is another judoka to have made a successful switch. Cherniak now competes in the up to 52kg, securing first place at the World Cup in April. Germany’s world and Paralympic silver medallist Ramona Brussig has sat tight in the division. Brussig claimed her latest place on the podium in Antalya with second.

Turkey’s Zeynep Celik will also be a face to watch as a European gold medallist.

The 2018 IBSA Judo World Cup in Atyrau runs until 10 September. Results will be available at the IBSA Judo website. It is the second World Cup of 2018 following Antalya.