Less than a year into the sport, the South Korean judoka has already captured two key titles in the men’s under-81kg. 30 Jul 2015
Imagen 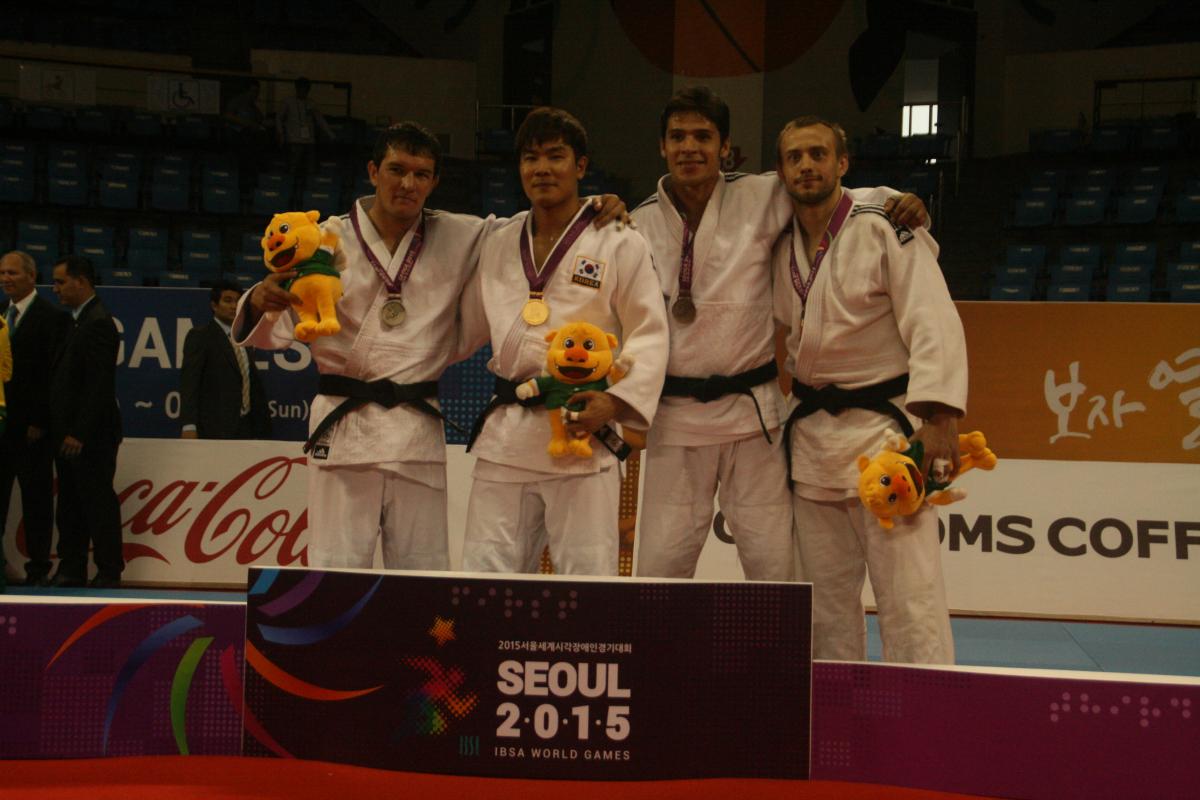 "My coach and I put great effort into my country’s big event. Although we were under pressure, I was very happy to demonstrate a good performance to my fellow Koreans."

South Korea’s Jung Min Lee has been competing in para-judo for less than a year. But he is already thinking like a medal contender for Rio 2016.

The 24-year-old first became known by winning a gold medal in the men’s under-81kg competition in February’s World Cup in Eger, Hungary, and is now ranked third in the world.

Lee, who was born with low vision, competed at national able-bodied tournaments after picking up the sport in primary school. However, he gradually experienced difficulties while playing in matches, such as not being able to see the referee’s signals or time remaining.

Lee then decided to switch to para-judo (B2) in November 2014 and caught on quickly.

He followed up his gold-medal victory in Hungary with another gold at the Seoul 2015 International Blind Sports Federation (IBSA) World Games, which doubled as the Judo World Championships.

“It is always such a pleasure to claim a victory at every single tournament,” Lee said. “But in particular, the gold medal from Seoul 2015 IBSA World Games carried a lot of meaning for me.

“My coach and I put great effort into my country’s big event. Although we were under pressure, I was very happy to demonstrate a good performance to my fellow Koreans.

"Most of all I am excited for next year’s Paralympic Games, which I had always dreamed to participate in,” said Lee.

Ukraine’s Olexandr Kosinov (B2) and France’s Cyril Jonard (B1) are currently ranked ahead of him, standing at No. 1 and 2, respectively.

Although one of the top judoka in his country, Lee knows he has to get through his international competition. He noticed how his techniques could not overcome the physical strength of his European opponents.

Therefore, he believes he has to improve his overall fitness and endurance to top his rivals.

Lee continues to work with able-bodied judokas to refine his techniques. Up until the 2014 Asian Games, he was a training partner of South Korean athletes.

“When I trained with London 2012 Olympic gold medallist Jae-Bum Kim, I was inspired and motivated by him much,” Lee said.

“Thanks to him, I was able to reach this point. And like him in London [2012], I also want to bring a gold medal home [from] Rio de Janeiro.”

Currently, Lee is training with his club team, Yangpyeong County Office. The first Central Asian Para Games is set for September in Uzbekistan, followed by the International Judo Tournament in Lithuania. But Lee said he does not have a particular competition schedule set in stone.

His ultimate goal, however, is to reach next year’s Paralympics. 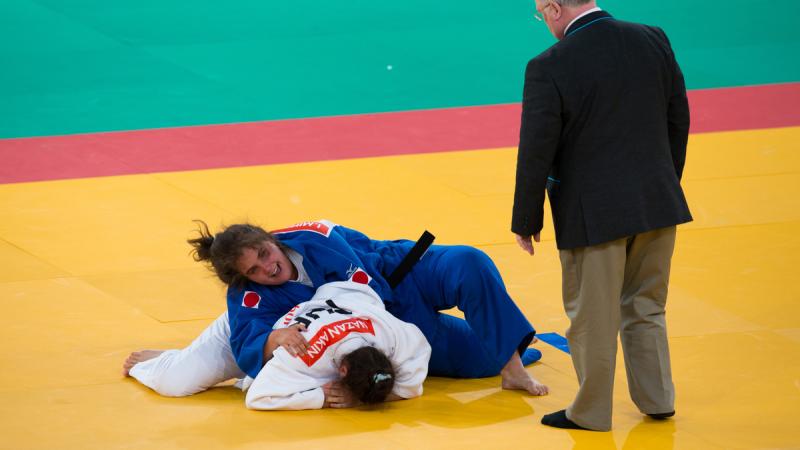 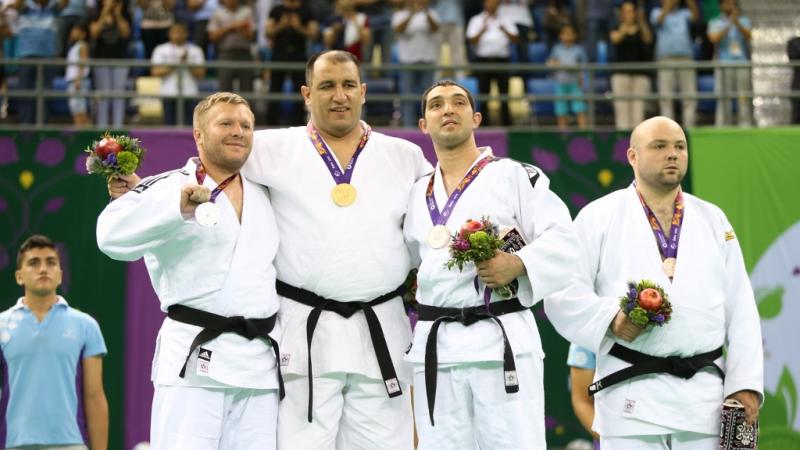