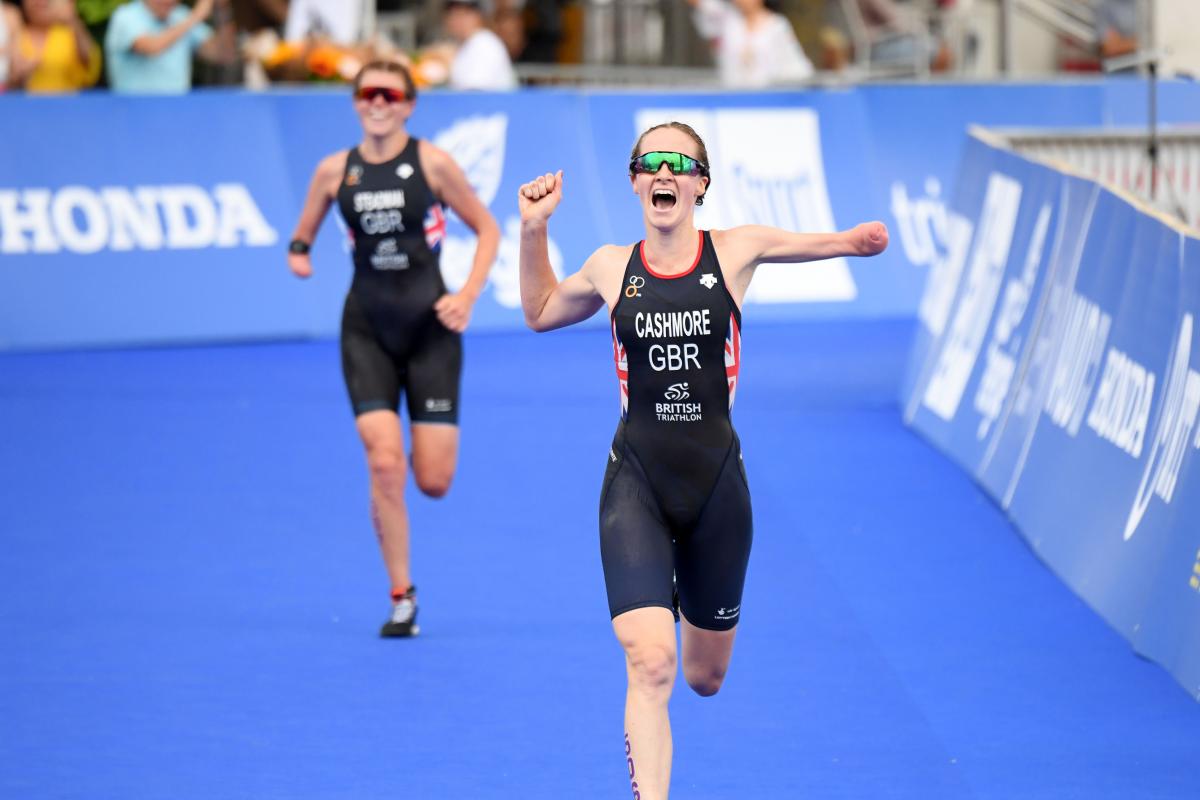 Lauren Parker was among the first-time world champions crowned on Sunday, while Jetze Plat, Alexis Hanquinquant and Stefan Daniel continued their dominance as the 2019 Grand Final concluded in Lausanne, Switzerland.

Parker, who only began competing in Para triathlon less than two years ago, took full advantage of the bike course to clinch her first world title in the women’s PTWC.

The former Ironman triathlete finished ahead of two-time world champion Kendall Gretsch of the USA and Germany’s Christiane Reppe, respectively.

Fran Brown of Great Britain was another debut winner, completing the 20km bike course more than five minutes quicker than any other athlete in the women’s PTS2.

Brown had a strong enough advantage on the bike that even a late surge from the USA’s defending champion Allysa Seely was not enough to prevent Brown from winning by 50 seconds. The USA’s Hailey Danz claimed her sixth World Championship medal with bronze.

The duo were side-by-side for most of the run. But in the final few hundred metres, Cashmore sprinted away from defending champion Steadman to take the tape. Paralympic champion Grace Norman of the USA was third.

Catala Laparra secured his first world title, 50 seconds ahead of defending champion Ellis, with Scheidies only 12 seconds further back in third.

Spain were one of three nations to claim three gold medals, with France and Great Britain also returning from Switzerland with three world champions.

A first world title in the men’s PTS2 for France’s Jules Ribstein continued his rapid rise in the sport, upgrading last year’s bronze medal to gold.

Andy Lewis of Great Britain got silver, followed by the Netherlands’ Maurits Morsink.

Ribstein was one of three French gold medallists, as Elise Marc reclaimed her world title in the women’s PTS3 after silver last year. Defending champion Anna Plotnikova of Russia was second and Ireland’s Cassie Cava third.

It was another brilliant battle between Canada’s Stefan Daniel and Germany’s Martin Schulz in the men’s PTS5 with only seconds separating the pair heading onto the 5km run. But Schulz was unable to stay with Daniel’s pace as the Canadian took the tape for the fourth time.

The USA’s Chris Hammer finished on the podium for the first time since 2017.

Victory in the women’s PTS4 ensured Great Britain’s Hannah Moore became a double world champion in only her second World Championships. Moore crossed the line two-and-a-half minutes ahead of Kelly Elmlinger of the USA with Germany’s Elke Van Engelen three minutes further back.

Complete results from the 2019 Grand Finals are available on the ITU’s website.