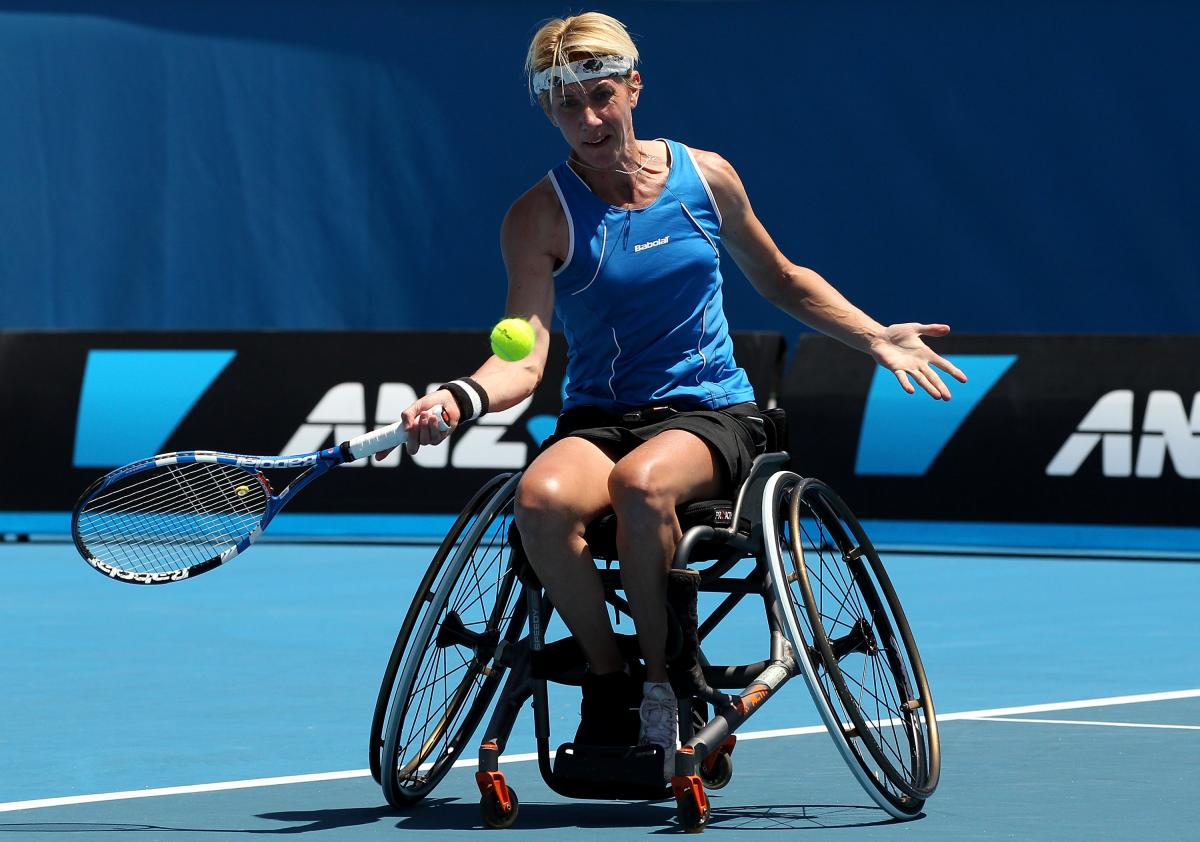 Martin Legner of Austria and Sabine Ellerbrock of Germany lifted the first titles of the 2013 NEC Wheelchair Tennis Tour on Saturday (5 January) when they won the men’s and women’s singles titles at the Queensland Open in Brisbane, Australia.

Top seed and world No. 16 Legner went one better than in 2012 to win the men’s title as he survived another tough three set match against Australia’s Ben Weekes. The two players met in the quarterfinals of the Queensland ITF 2 Series event last season, with Legner going on to advance to the final. Second seed Weekes snatched the second set this time and after taking a 3-1 lead in the final set he took Legner close, but the Austrian eventually held on to secure a 6-1 4-6 7-5 victory and his 17th career win over Weekes.

World No. 3 Ellerbrock gained her first career win in seven NEC Tour matches against second seed Jiske Griffioen of the Netherlands since the start of 2011 to retain the women’s singles title in Queensland.

The German top seed’s last two matches of 2012 against world No. 4 Griffioen included the Dutchwoman winning their bronze medal play-off at the London 2012 Paralympic Games and coming from a set down to beat Ellerbrock in the final of the Nottingham Indoor. However, Ellerbrock proved strongest at Queensland Tennis Centre to claim a 63 64 victory and start her 2013 campaign in style.

"I am very happy with today's win, the first title of the seaosn is always very special," said Ellerbrock. "I think we had some good rallies and I hope the spectators enjoyed the match. I want to dedidate this win to my good friend and fellow German player Claudia, who is currently very ill."

With Ellerbrock having already sealed the women’s doubles title, partnering Korea Republic’s Ju-Yeon Park, on Friday’s penultimate day of play, Legner also completed the tournament with both the men’s singles and doubles titles. Legner and Australian Adam Kellerman justified top seeding to beat the all-Australian second seeded pairing of Keegan Oh-Chee and Weekes 62 60 in the final.

The 2013 NEC Wheelchair Tennis Tour now moves on to the Be Active Adelaide Open, which begins on Sunday.