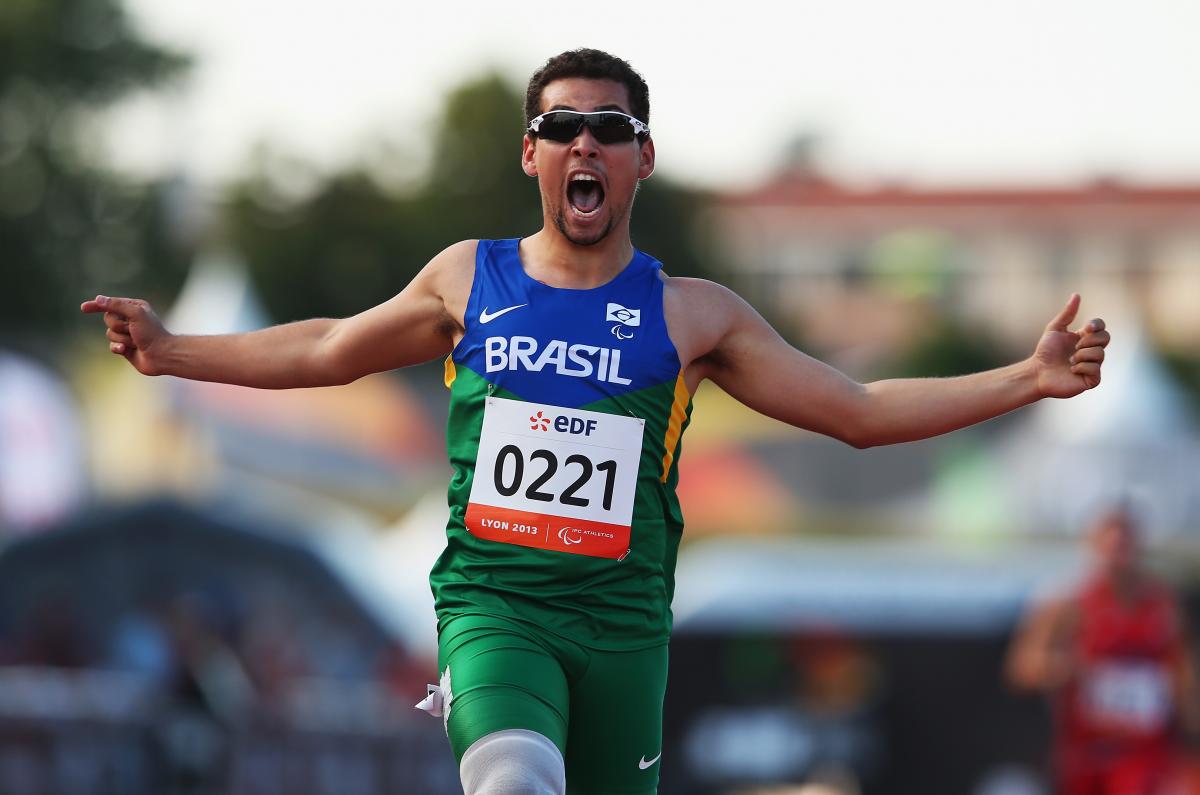 “I just tried to come across the line first that is my aim and if the time comes that is a bonus. I wasn’t looking for times I was just looking to win. I’m very happy with that, I didn’t expect the time when you are out on your own all you want to do is keep chasing and chasing, and thankfully that’s what resulted in the time,” said McKillop.

Nine world records fell on the second day of competition at the IPC Athletics World Championships in Lyon, but it was Brazil’s Paralympic champion Alan Fonteles Cardoso Oliveira who stole the show as he sped past his rivals to victory in the 200m T43, shattering the world record in the process.

The 20-year old clocked 20.66 seconds to claim his first world title and underline his status as the face of the Rio Games in 2016.

“I am really happy about my performance,” Oliveira said. “I made a great start, and then in the straight I saw on the giant screen that I was leading with a good distance. I saw the seconds passing by and I realised I could break the world record. I hope I will do the same in the 100m.”

It was an American 1-2-3 in the men’s 200m T44 but Jarryd Wallace raced home to take his first world gold, lowering the world record for the second time this World Championships.

The 23-year-old powered round the bend in first place and held on to his lead to take the title ahead of David Prince and Jerome Singleton in 22.08 seconds.

“I’m humbled, very humbled,” Wallace said. “I’ve been working for three years for this moment. The day I made the decision to have my leg amputated in February 2010 I pulled up the world record list and I said my name will be on this list. I didn’t know when or which event, I just knew it was going to happen.”

There was further glory for the US as teenager Raymond Martin picked up his second gold at Lyon 2013, winning the 800m T52 with a championship record time of 1:59.52.

And not to be outdone, fellow American Tatyana McFadden also secured her second gold of the Championships, winning the 5,000m T54 to add the 200m title she took this morning. Switzerland’s Manuela Schaer and Edith Wolf took silver and bronze.

“That’s amazing, this is my second gold medal in two days. It was obviously the toughest race, but I felt confident and I have been training a lot for this race,” she said.

Double Paralympic sprint champion Jason Smyth of Ireland also looked in terrific shape as he equalled his own world record to take the title in the 200m T13, having missed out in 2011 due to injury.

Meanwhile Smyth’s team mate Michael McKillop continued his domination of the men’s T37 middle distances with a magnificent performance in the 800m.

Leading from the front, the 23-year-old smashed his own world record to secure his third consecutive 800m T37 world title in a time of 1:57.17, over five seconds faster than Australia’s Brad Scott who took silver.

“I just tried to come across the line first that is my aim and if the time comes that is a bonus. I wasn’t looking for times I was just looking to win. I’m very happy with that, I didn’t expect the time when you are out on your own all you want to do is keep chasing and chasing, and thankfully that’s what resulted in the time,” said McKillop.

And in the women’s 200m T12, victory went to Ukrainian Oxana Boturchuk, with Great Britain's Libby Clegg improving on her 2011 bronze with silver this time around.

There were two world records in the field in the afternoon – Cuba’s Paralympic champion Leonardo Diaz set a new world record of 45.32m (1011 points) in the discus F54/55/56 to retain his world title, whilst Ukrainian Mariia Pomazan also held on to the title she won in New Zealand with a world record in the women’s shot put F35/36, throwing 12.35m (1038 points).

Devendra won the men’s javelin F46 – an event dominated by China two years ago – throwing 57.04m in his final attempt to put India on the medals table.

2013 IPC Athletics World Championships
One down, five to go for McFadden 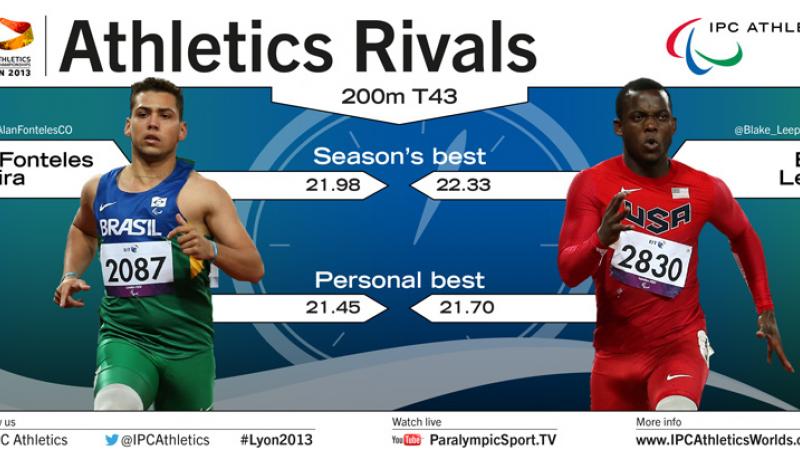 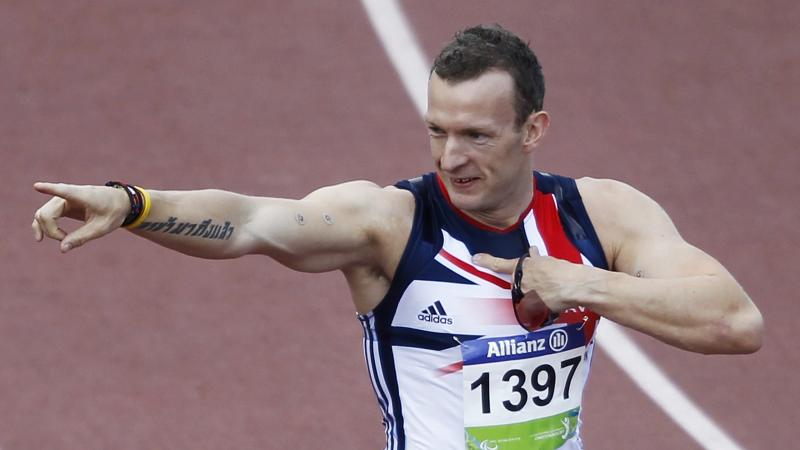