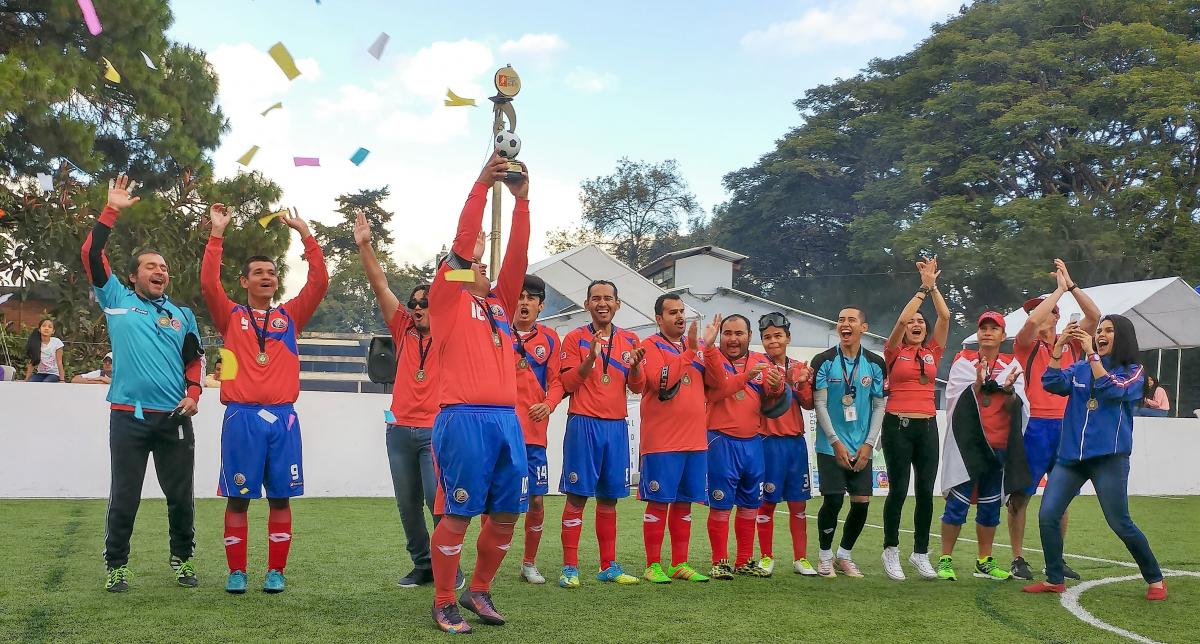 ⒸIBSA
By Keon Richardson | For the IPC and IBSA

Costa Rica were the first Central American country to qualify and are ranked 42nd in the IBSA Blind Football world rankings.

Here are four facts you should know about 'Los Volcanes' (the Volcanoes).

• Costa Rica faced few obstacles in qualifying for Madrid 2018. They went undefeated in the group stages of the Central American Championships, scoring a total of 19 goals.

• Costa Rica went on to defeat host nation Guatemala 3-2 on penalties in the final of the tournament to win the first title.

• Watch out for Costa Rica forward Esteban Chávez, who picked up Player of the Tournament. His nine goals also won him the Top Goal Scorer award. Additionally, his performance landed him the International Paralympic Committee’s Americas ‘Athlete of the Month’ in November 2017.

The official draw for the World Championships will take place on Monday (23 April) in Madrid.