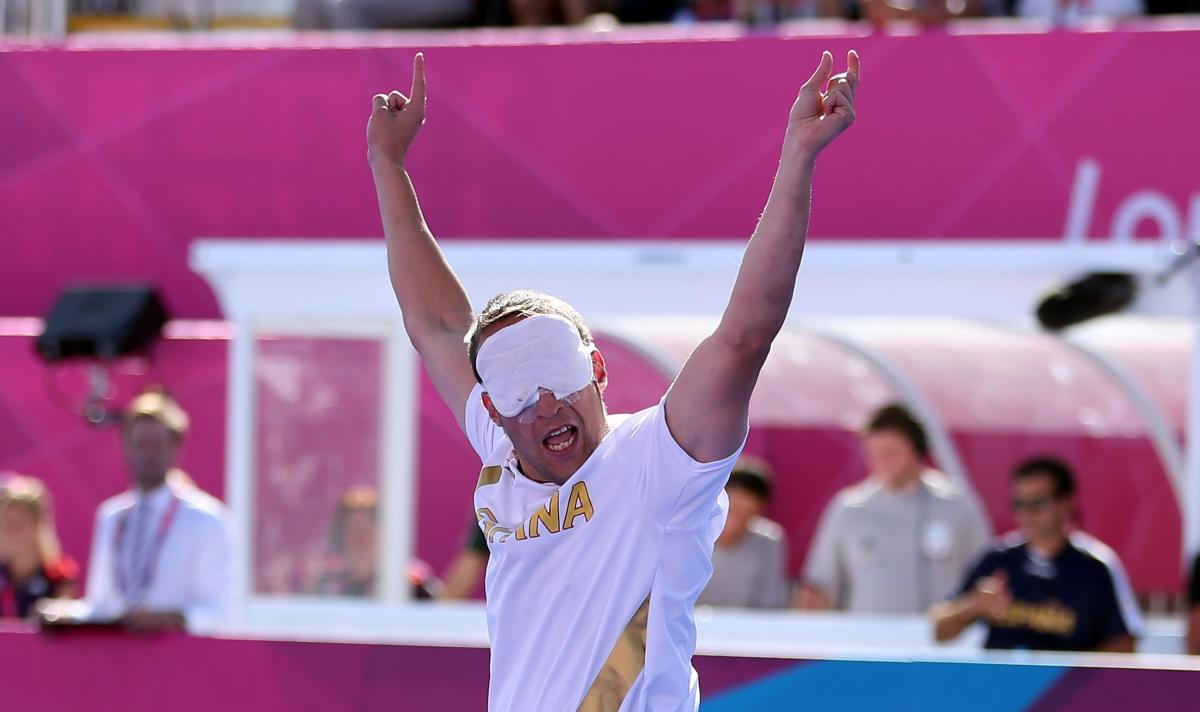 ⒸGetty Images
By Keon Richardson | For IBSA and the IPC

Spain will stage the seventh edition of the International Blind Sports Federation (IBSA) Blind Football World Championships in Madrid, which will kick off in exactly one month and run until 17 June.

However, it will not be an easy challenge for the hosts as the tournament increases from 12 to 16 teams, including reigning Paralympic and world champions Brazil, Rio 2016 bronze medallists and Copa America champions Argentina and Paralympic silver medallists Iran, among others.

But the 36-year-old striker is still brimming with confidence.

“Our objective is to fight for a podium finish as it always has been throughout history,” he said. “We want to achieve our first ever World Championships gold and it would be tremendous to achieve this in our own country.”

Gaitan has been part of Spain’s national team since 1999, and has claimed eight European and four Worlds medals, and two Paralympic bronze.

His latest victories include winning silver at the European Championships last August and collecting bronze at the Istanbul Cup in March, where he also received ‘Player of the Tournament’ award.

Spain will face Thailand in the opening game of the World Championships on 7 June. African champions Morocco and former European champions Turkey also join Spain and Thailand in Group A.

“Blind football has evolved across the world and a lot of countries are well worked both tactically and physically, which will make it very complicated to score goals,” said Gaitan.

“Turkey is one of the countries in Europe that has evolved the most in recent years and England are physically very strong.”

Following the Worlds draw, Spain hosted a five-day training camp and faced England in two friendlies, losing the first 2-0 and winning the second 2-1.