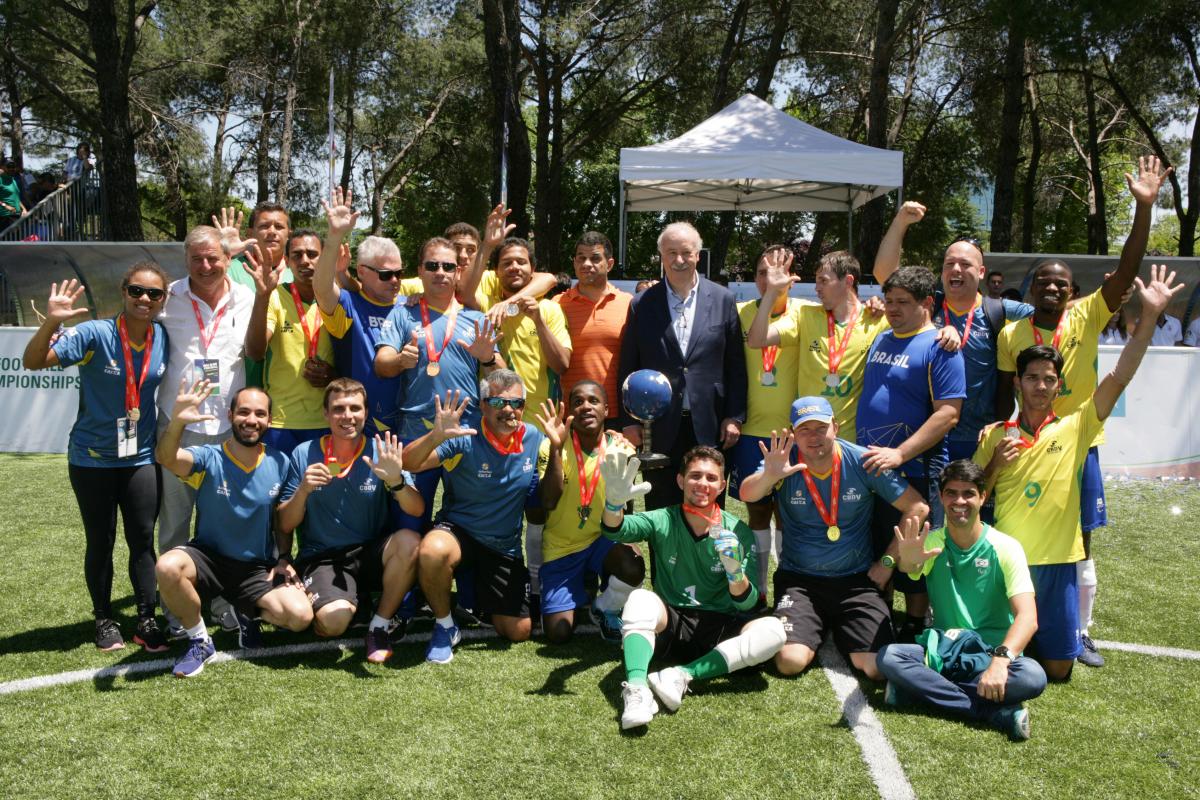 The four-time Paralympic champions also secured their ticket for the Tokyo 2020 Paralympic Games.

The 2018 World Championships ran from 7-17 June and was the biggest ever. Of the 16 teams, Mexico, Central American champions Costa Rica, Mali, European champions Russia*, Thailand and Iran all made their debuts.

Here are five of the best moments from the competition.

Spain’s 2010 FIFA World Cup winning coach Vicente del Bosque described attending the Opening Ceremony and kicking off the tournament as an honour. “What is going to happen here in Madrid is an example for the world,” said del Bosque who also presented the title to Brazil at the Closing Ceremony.

A tense 1-1 tie between the two rivals ended dramatically with penalties. A strike after two minutes by Maximiliano Espinillo gave Argentina an early lead. But England took the game to the lottery of penalties with a late Brandon Coleman goal. Argentina’s Nicolas Veliz netted the sole penalty in the shoot-out to secure the win.

The Russian striker received the ‘Best Goal’ award for his stunning back-heel against Spain in the quarter-final which helped eliminate the host nation. The 2017 European champions went on to finish fourth, while Spain ended fifth.