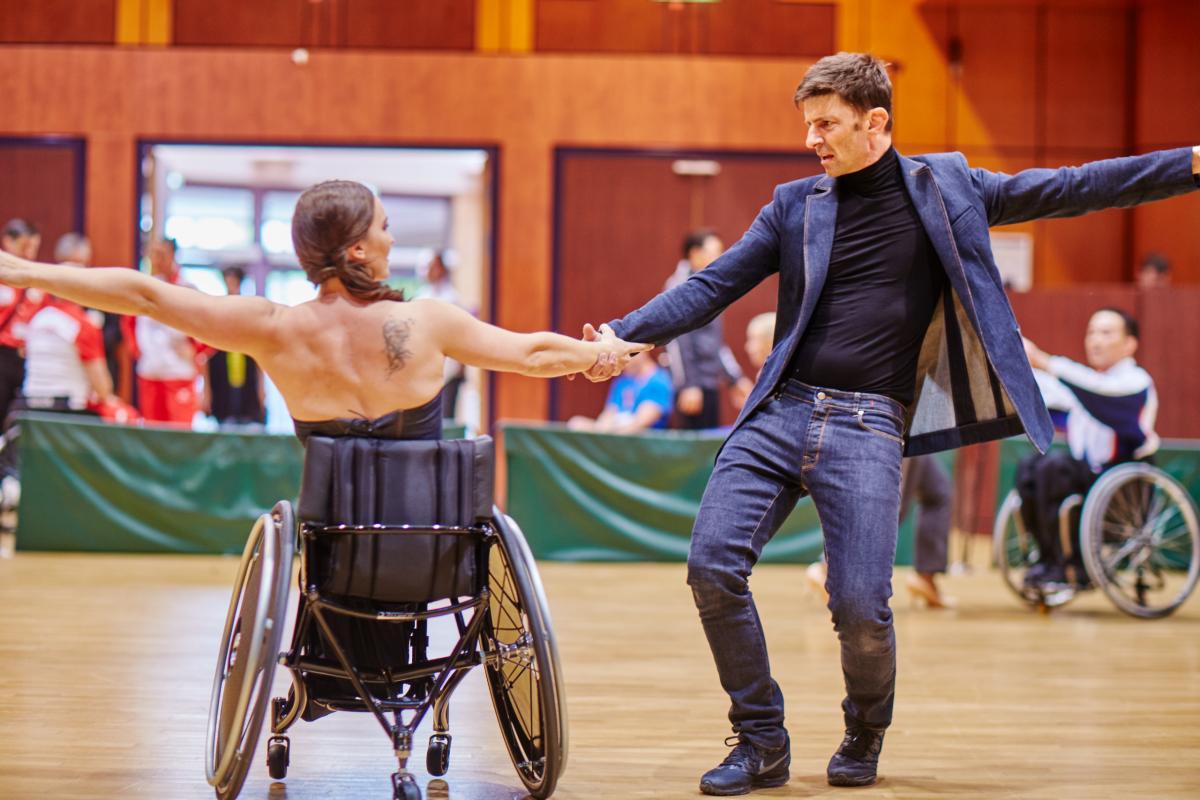 My wheelchair dancing journey has only just begun, but despite my currently only basic technical skills I can already express stories through dancing

Belgian broadcaster VTM has begun airing a television series that follows the journey of a woman continuing to fight for her dreams, even after losing both her legs in a train accident. Together with Belgian celebrity Koen Wauters, Inge Blockmans goes from climbing Machu Picchu to competing in her first international dance competition.

The television series “About Winners” (“Over Winnaars” in Dutch) began airing on 4 September, and its latest episode, which can be watched online, follows the pair’s long process of making Blockmans’ dancing dreams a reality.

It did become a reality when they competed in the World Para dance Sport Mainhatten Cup from 17-19 June in Frankfurt, Germany. The episode shows their difficult journey to reach the competition. They went through the entire procedure for classification, wheelchairs, choreography, training, registration, transport and hotel (to name a few) – all what many of the top dancers have gone through to reach the Malle 2017 World Para Dance Sport Championships, which are exactly one month from now on 21 October.

The episode saw Blockmans and Wauters compete in the combi freestyle class 1 and captures the emotions felt when they learned their results. The series will continue to air in the fall.

Blockmans will not be able to attend her home World Championships as she is studying in Australia. But she reflected on her experience in Para dance sport:

"Ever since I was born, music has made my heart beat. Until recently, however, I didn’t know what my body paralysed from the waist down for most of my life was capable of when it comes to dancing, and how much energy was waiting to start flowing. Yes, I expressed myself through rolling around on the dance floor and others attempted to dance with me, but deep down I did not feel [like] a dancer.

“People waved my hands through the air and forgot that those hands were attached to a whole body, a whole woman who wanted to dance. Training for and participating in the Mainhattan Cup in Frankfurt on 19 June with Koen Wauters as my dance partner opened up a whole new world. Being surrounded by the beauty of both worlds – the round elegance of my spinning wheels together with my widespread arms reaching for liberation and the sharp subtle responses of my partner’s footwork and his full body rolling on the floor, I have realised that I can be a worthy dance partner.

“Designing the choreography with Isabelle Beernaert and trying to master all the movements in only four months was intense and quite confronting at times. When you start exploring your body, you bump into barriers. Balance problems, a fixated back that can’t fold forwards, spastic legs, dresses that get stuck in wheels, spectacular lifts or wheelies that turn out to be quite impossible with the available wheelchair… But we persevered and found ways to think out of the box until we had found exactly the movements we wanted to tell our story of love and freedom.

“My wheelchair dancing journey has only just begun, but despite my currently only basic technical skills I can already express stories through dancing. I hope that my dance performance on television will ignite sparks of understanding and imagination in all those people who want to dance but do not dare to go and explore their possibilities to express themselves fully. Drop the fear and follow the music – that is the message I want to spread."