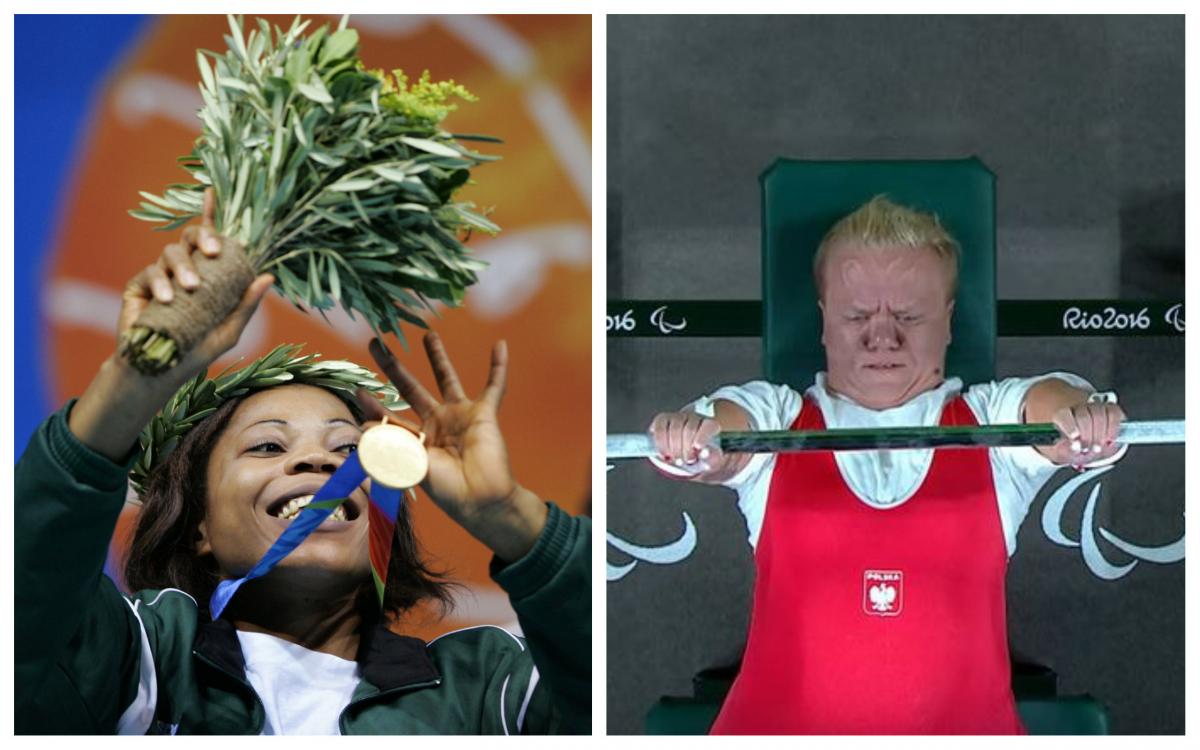 After winning gold at Rio 2016, Lucy Ejike is hoping to extend her winning streak in the women's up to 61kg and claim the title at her first World Championships in Mexico City, from 2-8 December.

The Nigerian, who set a world record of 142kg at last year’s Paralympic Games, is the strong candidate for gold, especially after Rio 2016 silver and bronze medallists Fatma Omar of Egypt and Yang Yan of China withdrew from Mexico City 2017.

Her strongest opponent appears to be Poland's Malgorzata Halas-Koralewska, who lifted 100kg at Rio 2016, 42kg less than the three-time Paralympic champion. Unless something truly unexpected happens, he will hardly take the gold from Ejike.

Halas-Koralewska's best performance was in 2015, when she topped the podium at a World Cup in Dubai, United Arab Emirates, to qualify for her first Paralympics in Rio.

Ejike: Will make her debut at Mexico City 2017

Halas-Koralewska: Will make her debut at Mexico City 2017

Ejike: Was named Female Athlete of the Year at the 2016 Nigeria Sports Awards

Halas-Koralewska: Was playing dodgeball in high school one day and was spotted by former Polish powerlifter and four-time Paralympic champion Ryszard Tomaszewski, who encouraged her to take up the sport